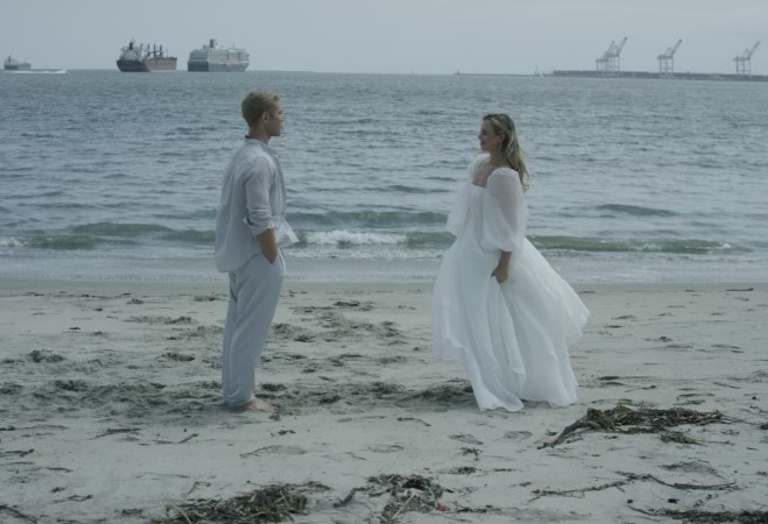 Emmy award-winning actor Kristos Andrews (“The Bay”) and Canadian actress Victoria Baldesarra to star in the new movie “The Raven.”

This acting project is a film noir take on classic poems “The Raven,” “Annabel Lee,” and “Lenore” by acclaimed poet Edgar Allan Poe, and it is currently in production.

Andrews and Canadian entertainer Victoria Baldesarra (“The Next Step”) star in the lead roles of Guy De Vere and Annabel Lee Lenore respectively, which are two of Edgar Allan Poe’s most popular fictional characters.

Completing the cast is world-renowned horror icon Tony Todd (“Candyman” and “Final Destination”) as the messenger and conscience of “The Raven.”

With a 1940s post-World War II setting, this adaptation of “The Raven” is a dark and tragic macabre love story. It is written for the screen and directed by multiple-Emmy-award-winning director, filmmaker, and producer Gregori J. Martin.

Emmy-winning producer Precious V. Mayes (“The Bay”) also stars in this project and she serves as an executive producer.

“The Raven” is owned by LANY Entertainment and She Mogul Media, in association with Digital Age and Lucky Mann Productions.