If there is one country singer who is truly prolific when it comes to putting out Christmas records (many have ‘tested the water,’ so to speak), it is Houston-born Hall of Famer Kenny Rogers. His latest offering Once Again It’s Christmas is his sixth seasonal release, excluding compilations, and his first since 1998’s Christmas from the Heart.

This time around, the artist whose record sales are now somewhere in the region of 120 million, has included a few duets among the 11 tracks that make up the album. Jennifer Nettles, Alison Krauss, Winfield’s Locket, Home Free and Jim Brickman are the special guests, while production credits go to Warren Hartman and the very experienced Kyle Lehning.

Kenny’s first Christmas LP, simply titled Christmas, came out in 1981 (his second was a duets album with Dolly Parton) and the man nicknamed ‘The Gambler‘ has been closely associated with this popular sub-genre ever since. I began by asking him to tell me a little bit more about his new project.

“It’s been 17 years and the record company felt that was a good cycle – every 17 years I’d release a Christmas album… So I started thinking about it and I do this long Christmas tour every year that lasts about 30 days. I’d been doing these Christmas songs for 30 years and we started looking for some new songs to do – and some new ways for me to do duets.

“I did that thing with Wynonna Judd called ‘Mary, Did You know?’ and it was so wonderful. I think duets are the highlight of my life and my career. I love singing with people and I have some friends that I asked to do this album with. I did ‘Baby, It’s Cold Outside’ with Jennifer Nettles because she has that bubbly personality…

“Then I did a song called ‘Some Children See Him’ with Alison Krauss because she has this angelic voice and she was perfect for it – and I found a new acapella group called Home Free. My boys are 11 years old and their choir teacher told me about them.

“I googled them and heard them sing a song, and I just loved it. So I asked if they would do ‘Children, Go Where I Send Thee.’ It’s kind of a gospel song… Collaborations, I think, have always been my strength. Christmas time is a very special time to do something like that because everybody gets in the mood for Christmas, including myself.”

Like many albums of its type, Once Again It’s Christmas is a collection of new songs and familiar Christmas classics. The final track “The Light” is a movingly uplifting piece penned by Kenny, Steve Glassmeyer (a current member of his backing band) and the aforementioned Warren Hartman (a former member of Kenny’s band, the Turning Point). 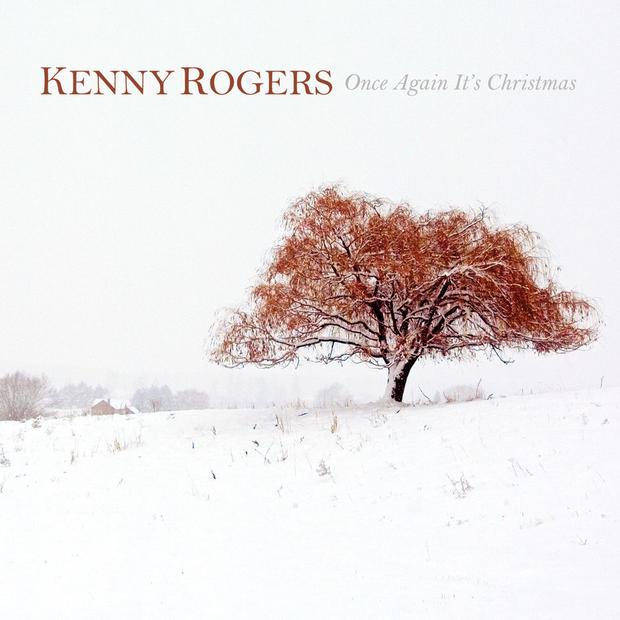 “We started out about two years ago – we’re apparently not fast writers,” explains the multiple award-winner, who also took the photograph used on the album cover (in Yakima, Washington in December 2003), “and the whole concept is that Jesus is a light and that he shines on all of us. Warren is an incredible keyboard player and he writes the most beautiful music.

“He would start writing something and Steve and I would play around with the lyrics. It was really something we felt was majestic, for lack of a better word. We thought we’d write something we could put a local choir on. We sang it backstage and imagined the choir on it…

“Then when we recorded it there was a choir there and it really took it to the place where it should be. I thoroughly enjoyed that transformation from thought to music, which is I think the great process in writing.”

Once Again It’s Christmas, Kenny’s third album of new material since 2011, is out September 25 on Warner Bros./Warner Music Nashville.

His Once Again It’s Christmas Tour kicks off in Niagara Falls, Ontario on November 11.

For more information on the country icon that is Kenny Rogers, check out his official website.