She is known for playing Vicki in the hit series The Vampire Diaries and recently, Nora Truman in the Roswell reboot, both of which are on The CW Network. “The Vampire Diaries was a lovely experience. It ran for 10 seasons and I was in eight out of the 10 of them. We were all in our young 20’s living together in a new city in a new show. It shaped me so much. My character was pretty naughty and that’s the opposite of who I am in person. It was nice to have fun with that,” she said.

Agent Revelation is the story of Jim Yung, a rejected CIA agent, who transforms into a super soldier that can communicate with aliens. When a secret organization works with him to discover why aliens have returned to Earth, the truth comes at a price. It premieres On Demand on January 22 via Quiver Distribution. “This film was so much fun since it involved a lot of stuntwork. It made for a really exciting experience,” she admitted. “The experience was interactive, lovely, and just wonderful.”

It was written and directed by Derek Ting, who also stars in the film as Jim. Michael Dorn of Star Trek fame portrays Alastair, and Ewell plays Billy in the movie. “The cool thing about Billy, the character, was that it was originally a male character. I went in for a different role in the film, and while the director told me that he didn’t feel I was the right fit for the role I came in for, he told me that he wanted to work with me, and they decided to change the male role into a female role and I just thought that was the coolest experience since that is such a high compliment,” she explained.

“Working with Michael Dorn was phenomenal, he is such a professional,” she added.

On being an actress in the digital age, she said, “I really love it because there is so much content and as an actor, there are so many opportunities. People are just as excited about television as they are about film. All of the streaming platforms have started that revelation, where you can make a movie and it can end up somewhere and anybody can stream it on their TVs at now, especially now when we are all stuck at home. Streaming services have truly changed and enriched our entire quarantine. Luckily, we are all able to escape into a whole new world that we have never been a part of before.”

For young and aspiring actors, she said, “Make sure it’s something you truly want to do because it’s hard. You will be told ‘no’ so many times. You need to have a really tough armor to be able to be an actor. Since the pandemic has happened, everything has changed. My perspective has changed, and now I tell people to just go for it. If you don’t, you will spend the rest of your life wishing you had gone for it. You don’t want to live with regrets. Buckle up and get ready to work really hard since hard work prevails in the end.”

On the title of the current chapter of her life, she said, “Lessons.” “I think I am learning so much about who I am as an individual. I am a new mom in a pandemic with a husband who is working and I am working and we are both juggling everything. I am trying to be the best version of myself I can be amongst all the chaos,” she said.

Regarding her dream acting partners, she listed Meryl Streep as the queen in the entertainment world. “Meryl is just a phenomenal actress. I am such a huge fan,” she said. “It would be great to also work with Idris Elba, he has a magnetic energy about him.”

Ewell shared that she enjoyed standing in for the character Steffy Forrester (Jacqueline MacInnes Wood) in The Bold and The Beautiful for some of the intimate scenes with Dr. John “Finn” Finnegan (played by Tanner Novlan). “It is so wonderful since I was on the show when I was 17 years old, and I was on there for three years. It’s so fun to come back full circle and join the family, and to have my husband a part of it and it was really fun to be his intimacy double. It’s making the best out of a truly terrible situation,” she said. 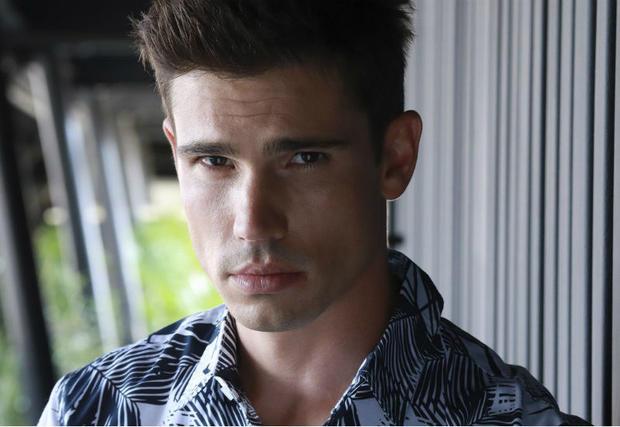 She defined the word success as “happiness in life.” “If you are happy in your life, then that’s a success,” she said.

For her fans and viewers, she concluded about Agent Revelation, “Snuggle up, grab some popcorn and get ready for a wild ride. It will surprise you and you will leave wanting more.”

To learn more about actress Kayla Ewell, check out her IMDb page and follow her on Instagram. 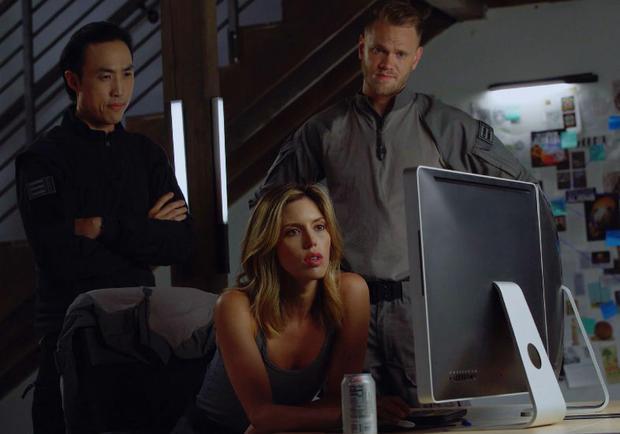