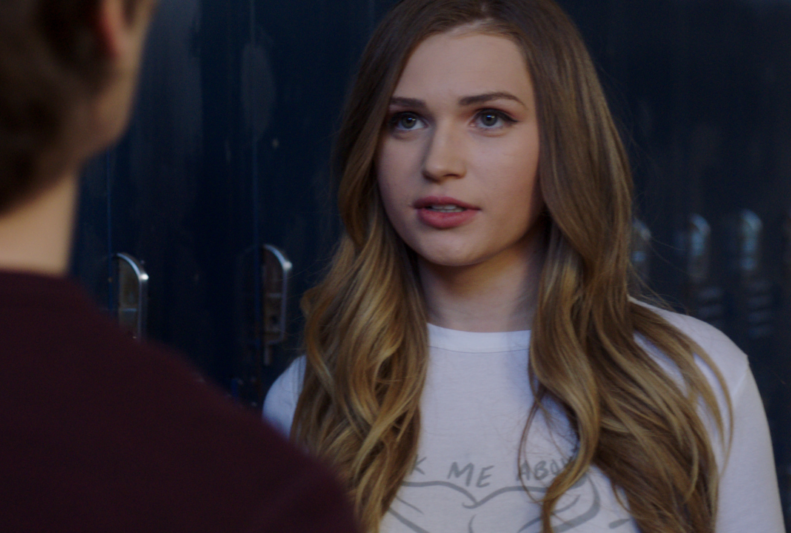 Actress Kalen Bull chatted with Digital Journal’s Markos Papadatos about starring as Sadie in “Her Boyfriend’s Deadly Secret” on Lifetime, and she shared her thoughts about the digital age.

“Sadie feels like me in many ways, which is so lovely; there’s a sense of familiarity,” she said. “Sadie has so many positive characteristics that feel great to embody, she cares so much about everyone and everything, but it’s not a weakness; it’s what drives her, which makes her powerful. People often view caring “too much” as a weakness”.

She was drawn to this film for many reasons. “I loved how close I became with everyone, crew included. There was tons of sarcastic banter constantly, which makes for such fun work energy. I have a relationship with most of them almost a year after we filmed it. I also love how meticulous our director Brooke Nevin was; she kept going until it was perfect. Sets like this are hard to walk away from on the final day,” she said.

Regarding her daily motivations as an actress, she said, “The power television and film carry. There was a time in my life where I didn’t want to feel anything because it just felt like too much, so I would watch the saddest movies I could find and fall apart. It was a reminder that I was still alive and capable of feeling even if I didn’t want to feel it, and it felt good; we all need a good soul-wrenching project every once in a while, to feel what we’ve been suppressing within ourselves.”

On being an actress in the digital age, she said, “It’s both amazing and terrible. Amazing because there isn’t a set pilot and episodic season anymore, digital platforms and streaming services are producing new content 24/7, doubling the number of projects for us actors to be a part of.”

“The terrible part is that social media is heavily involved. Everyone wants to use social media influencers in their projects, even if they’re not actors, and the quality of that project dies. Leave the acting to the actors. If influencers want to go to acting class and start a new career path, that’s great! Just don’t let them walk onto a major motion picture set with no experience because they’ve got some followers,” she explained.

For young and aspiring actors, she said, “You need to know that you are, and never will be, the problem. We work in the business of rejection; you’ll be too much of this and not enough of that, but at the end of the day, you are 100 percent enough always. So please stay confident and know who you are. Your time always comes when it’s the perfect role for you, you don’t need to change things about yourself to fit them.”

On her definition of success, she said, “To me, success means coming home after a busy workday, looking at myself in the mirror, and feeling fulfilled and proud of my decisions. Of course, keeping your morals and standards is hard in this industry since it’s so competitive, but I’d rather be able to sleep at night and live with no regrets.”

Bull concluded about “Her Boyfriend’s Deadly Secret,” “It will have you rooting for the bad boy and learning that everything isn’t always how it seems. But, you also get to see how caring and loyal Sadie is. Her love knows no bounds. She is quite literally a ride or die, putting her life on the line for those she loves. But this isn’t a love story, and not every couple gets their happily ever after.”