On May 14 and 15, Judas Priest will be headlining The Paramount in Huntington, New York, with the English rock group Uriah Heep as their special musical guest. “We love The Paramount. It is really tight and I get to scream directly to the faces of the metal maniacs. The Paramount is wonderful, and we will be bringing a brand new show,” Halford said.

Halford shared that they are revamping their set list and they will include their ’80s tune “Out in the Cold” from their Turbo album in their shows, as well as new tracks from their latest studio offering, Firepower. “It will be a whole new vibe for Firepower,” he admitted.

This journalist’s personal favorite tune from their new album is the closing track, the ballad “Sea of Red,” which he described as a “very delicate song.” “I was listening to that song for the first time the other day since we made the record,” he said. “It is a very powerful song, and it is an emotionally potent song. The words are fragile and emotional.” 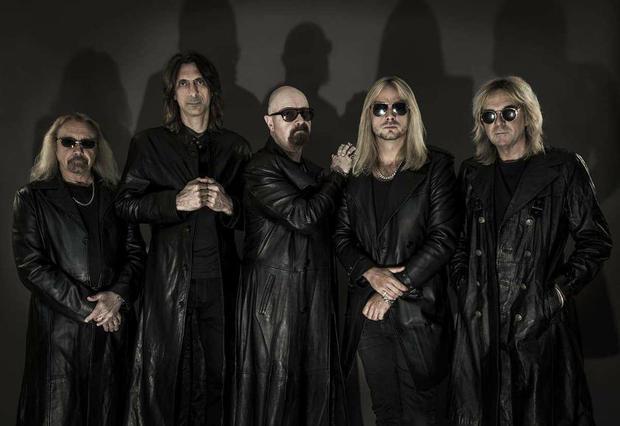 On their songwriting inspirations, Halford said, “Just thinking about what is next left to do. We have a wonderful relationship in the band. We are always encouraging each other and thinking about what is next on the horizon. We are already planning our next Judas Priest album. We plan a timeline and a calendar, and it won’t be too far away until we are back in writing mode.”

“We are a working metal band. We’ve always gone out and toured the world extensively like we are doing now, supporting our Firepower album. We are always excited and we are always wondering what we can make as far as our next metal songs. That has never left us and I am happy that drive has always been there. We are always eager and curious,” he said.

“We love our fans and we make that clear to them night after night. We wouldn’t be anywhere without the fans. It has been a great relationship,” he said, effusively. “There has always been a new Judas Priest album for them every couple of years.”

For young and aspiring bands, he said, “Firstly, it’s about enjoying each other’s company and having a good time when you are jamming and writing. Forget about the recording contract and the tour. Be together and enjoy yourselves and have a blast. Be original and try and find your original talents, something that separates you from everybody else. It involves a lot of hard work and a lot of challenges.” 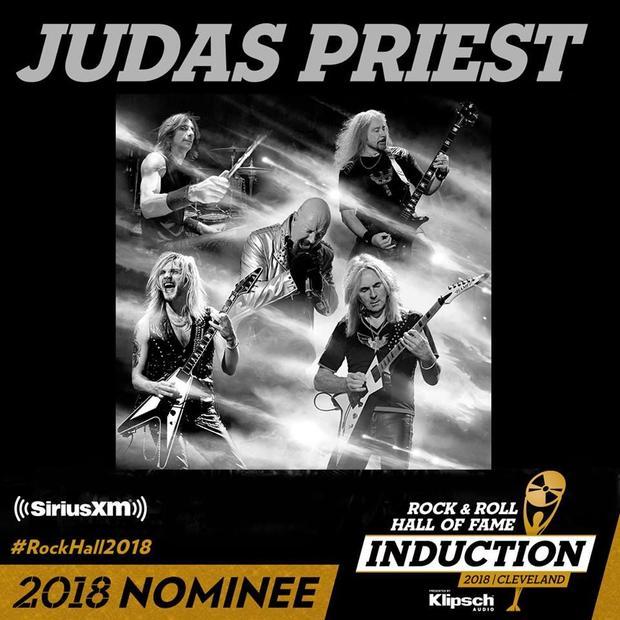 Last year, Judas Priest earned their first nomination for the Rock and Roll Hall of Fame. “That felt wonderful,” he said. “I am happy to see my mates from Def Leppard get inducted this year. We’ve known each other from the early days. They are a great band in regard to what they do in their genre of rock and roll. They are good friends of Judas Priest.”

“It is great to see more British acts get inducted into the Rock and Roll Hall of Fame, which is an American institution,” he said. “I would like to believe that Judas Priest will get in there eventually.”

Halford complimented such British rock groups as The Zombies and Roxy Music for getting inducted into the Rock and Roll Hall of Fame, Class of 2019. “It was a nice, eclectic mix this year,” he said. “I’ve seen Roxy Music a couple of times in Birmingham, England, and they were incredible.”

“The Zombies were part of the backbone of the early rock scene in America. They were part of that British and American transition. The Brits and the Americans have been passing each other over the pond and they have been exchanging music ideas forever,” he added, prior to praising The Zombies’ “Time of the Season” for being very “beautiful.”

In 2010, Judas Priest took home their inaugural Grammy award for “Best Metal Performance” for their live version of “Dissident Aggressor.” “All of these gestures given to us are really gratefully received. They are not only for you, but they are also for the fans that represent you,” he said. “The Grammy win was a beautiful moment. It is inspiring and motivational.”

“We work really hard to make the best metal that we could possibly make. We are overly critical about what we do. We never rush anything. We take our time,” he said.

On the impact of technology on the music business, especially with streaming services being so popular, Halford said, “You have to accept it since you can’t turn back the tide. I’ve always had my fingers on the pulse of the music industry, in particular, in the metal world. CD and vinyl are still very important. Metalheads want to scream everything, so you have to cover all the bases and make sure everybody’s needs are taken care of.”

Halford noted that he hopes that the payment systems on Spotify and Apple Music will get better in the future. “They need to make the payment system better for the artists since it’s not fair right now. Eventually, that will be sorted, I believe,” he said.

“A band needs to have cash flow,” Halford added.

For Halford, vinyl has a certain warmth to it. “Vinyl is beautiful, isn’t it? It is a totally different feel. Incrementally, vinyl is like your favorite sports team’s jersey. It’s one thing to see the team but to have their jersey on is another feeling,” he said. “You feel more connected to the band since vinyl is tangible.”

Firepower is available on iTunes and on Spotify.

To learn more about Judas Priest and their 2019 North American tour dates, check out their official website and Facebook page.