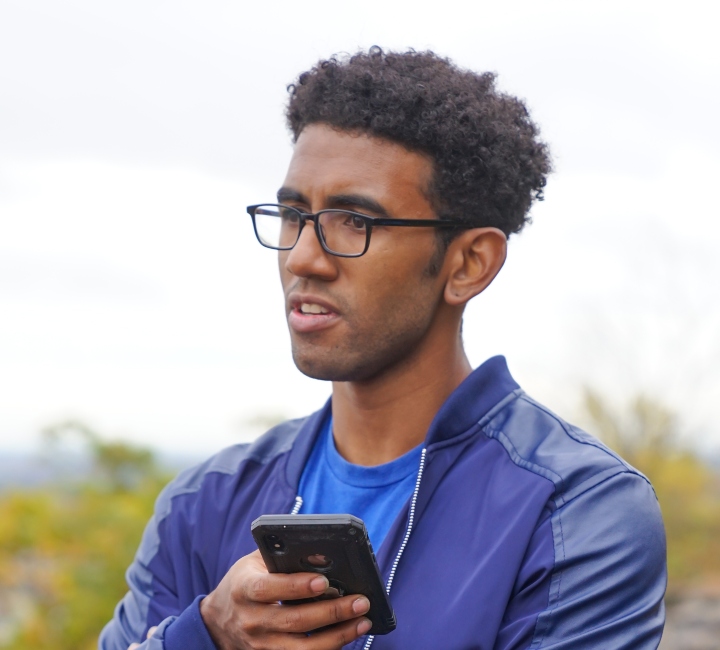 “My team at Unworthy Productions and I are in the pre-production phase of several of our upcoming film projects this year,” he exclaimed.

He continued, “Episode 5 of our flagship series ‘Power Rangers Unworthy’ will be our biggest episode so far with more rangers and more actions than ever before, so our fight choreographer Eric Fuchs is dedicating a lot of time to make the battles in that entry our most epic yet.”

“We’re also working on a short film about He-Man and the Masters of the Universe that’s a spiritual successor of the animated Netflix series by Kevin Smith in the early spring. And for our Patreon supporters, we’re in post-production on the first episode of The Last Ninjetti, a spin-off series of Unworthy exclusive to our Patrons. It’s about Ninjor (Javon Wallace) training Aisha Campbell of Earth 2-18 (BeautifulDiz) in the way of the Ninja in order to stop his evil brother Ninjakon from destroying the link to all ninja ranger powers,” he said.

“There are a few more currently unannounced projects like a Star Wars homage and Halloween-themed Power Rangers special in the works but you can follow our account UnworthyProductions on Instagram for updates on those in the future,” he added.

On being a filmmaker in the digital age, he said, “It’s definitely made it far easier to reach a mass audience and produce films closer to “professional”-level quality! What makes indie filmmaking so exciting in the digital age is that the tools available to creators have closed the gap between what a small team can do and what a mid-budget Hollywood production can do.”

“We’ve been told by our fans repeatedly that Power Ranger Unworthy’s visual effects are on par with the real show. A big part of what makes that possible is the talent of our VFX Artist, BeautifulDiz, but it’s also a testament to the high-level tools available to low-budget creators nowadays,” he said.

For young and aspiring artists and filmmakers, he said, “It sounds cliche, but never give up! Social media as a tool has a lot of positives but one unfortunate negative is we tend to compare ourselves to others, overthink, or feel discouraged.”

“It’s hard to get the ball rolling on an idea or vision only you can see… especially when you’re just getting started. But you have to be your biggest fan! Keep the light of your passion burning and people who share your passion and see your vision will be drawn to it like a flame,” he said.

On his daily motivations, he said, “My dream is to be a Director / Writer for a high-budget production someday and for Unworthy Productions to become a professional production studio.”

“My motivation as a filmmaker is to show the world through our productions like Power Rangers Unworthy, He-Man: The Final Revelation, and The Last Ninjetti that we are a group of diverse, talented, and motivated creators ready for the next level.

Regarding his plans for the future, he said, “Now that Unworthy Productions has become more established with the Power Rangers fandom, I want to expand our projects to other genres and franchises. Namely Marvel, DC, Star Wars, etc. I’m also currently writing a screenplay for an original short film in the same vein as Power Rangers that our Unworthy fans will definitely enjoy.”

“Power Rangers Unworthy is a love letter to every Power Rangers fan from the ’90s that wanted to see their favorite childhood series grow up with them,” he said. “It’s dark, but not excessively bleak because ultimately Unworthy is a story about maintaining hope in the face of overwhelming adversity.”

“So if you’re a fan of modern superhero movies that balance the line between campy humor, genuine drama, and high octane action, you’ll definitely enjoy Power Rangers Unworthy and all of our other productions at Unworthy Productions,” he concluded.

To learn more about Unworthy Productions, check out their LinkTree page.