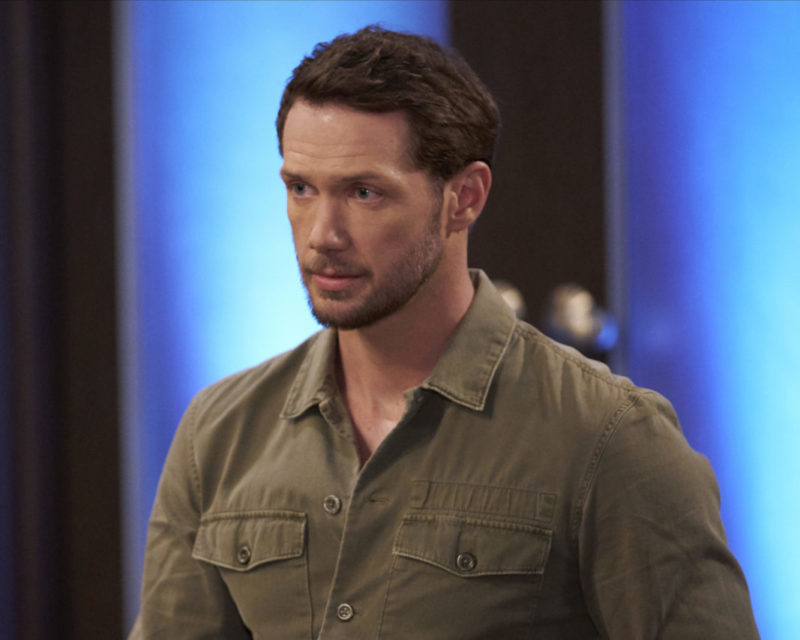 Actor Johnny Wactor chatted about “General Hospital” and being a part of the new “Barbee Rehab” series, which will premiere on Tubi on May 6.

He is known for playing Brando Corbin on the hit ABC daytime drama “General Hospital.”

Wactor opened up about working with actor David Lautman, who plays Invader reporter Grant Smoltz. “It was awesome working with David. That was the first day that we met,” he said. “I knew it would be fun and we were on the same page. We just went for it and we had fun.”

“In Friday’s episode, my character got to go back to the original light that Brando came onto the show as this tough guy, so it was cool to revisit that, especially since lately he is all lovey-dovey on Sasha and Liam,” he said.

“Fans have been responding really favorably to it on Twitter,” he added.

Wactor enjoyed doing scenes with Maurice Benard in the boxing ring, as well as being a part of his MB “State of Mind” episode. “That scene with Maurice turned out really well,” he said. “It morphed into something different and I loved the way that it came out. It was really natural since it featured two dudes that were connecting.”

Wactor had great words about working with Helena Mattsson, who temporarily filled in as Sasha for her sister Sofia Mattsson on “General Hospital.” “Helena is a sweetheart. It was cool to work with Helena (who happens to be Sofia’s real-life sister), Helena was fantastic,” he said.

“Doing ‘State of Mind’ with Maurice was great, he is so good at what he does. It got deep really quickly,” he said.

On September 10, Wactor is looking forward to being a part of the General Hospital fan event at Rockwells in Pelham, New York, along with co-star Marcus Coloma. “I am looking forward to it,” he said. “Marcus and I are excited to get back out on the road and go up there.”

To learn more about this in-person fan event, click here.

Golden Globe Nominee Tom Sizemore stars alongside Janice Dickinson, Bai Ling (Crank), Lisa Wilcox (A Nightmare on Elm Street 4 and 5), Vanessa Bednar, Derek S.Orr, Rachel Reilly (“Big Brother”), and Johnny Wactor (“General Hospital”) and Alice Ford in a new series from Global Digital Releasing. “Working with Vanessa Bednar and Derek S. Orr was great,” he said. “We were all in the same acting studio for a while.”

In the seven-part, limited series “Barbee Rehab,” a patient (Tom Sizemore), is on the verge of being locked up after claiming to have discovered a rehab facility focused on treating people who are obsessed with collecting and/or living as real-life Barbie and Ken dolls. “It’s a weird but very funny series,” he admitted.

He shares his unbelievable stories about the unstable staff and patients who suffer from a variety of outrageous Barbie and Ken doll addictions, with his psychiatrist, (Janice Dickinson). Will he convince her this is a real place, or will he end up in the nuthouse? Welcome to “Barbee Rehab,” where reality, imagination, delusion, and perversion collide.

The trailer for “Barbee Rehab” may be seen below.