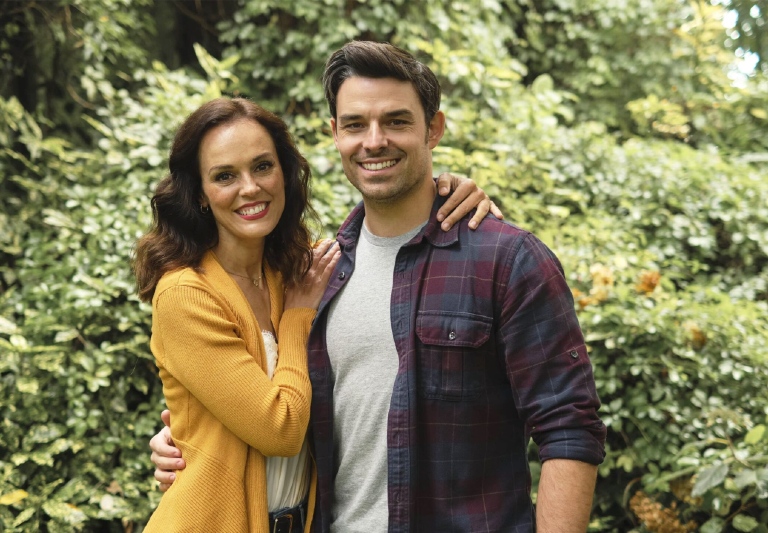 Actor Jesse Hutch chatted with Digital Journal’s Markos Papadatos about his upcoming film “Love on the Road,” and he reflected on Christmas Con 2021.

Olympic gold medalist swimmer Michael Phelps once said: “If you want to be the best, you have to do things that other people aren’t willing to do.” Jesse Hutch is an actor, individual, and family man, that exemplifies this quote.

‘Love on the Road’

He stars as Tom Billings in the upcoming film “Love on the Road,” which premieres on Sunday, January 23 at 7 p.m. on UPtv. “It is finally airing in the United States,” he said. “It has already aired overseas in Europe and in other places.”

When asked what he enjoyed most about playing Tom, he said, “People would call me ‘Tom’ for a while. It is always interesting to have a different name. When you are on set, some of the crew will start calling you by your character’s name.”

The synopsis of the movie is as follows: Restaurant makeover show host Abby (Erin Cahill) gets a new assignment to turn a small-town diner into a place on the culinary map. As Abby and diner owner Tom (Jesse Hutch) spend time together, Abby discovers a thing she just might call love.

Hutch shared that he had a wonderful time being a part of Christmas Con 2021, hosted by That’s 4 Entertainment, which took place in mid-December at the New Jersey Convention and Exposition Center in Edison, New Jersey. “Christmas Con was amazing,” he exclaimed. “I didn’t know it existed until a few weeks before. When I looked it up, I thought that it sounded cool. I messaged them on Instagram and a day later, the organizers asked me to attend, and I put them in touch with my team and I became a part of Christmas Con.”

In his personal life, he is married to his wife, Loreili Hutch, and they have three children.

On balancing a family life with an acting career, he remarked, “My wife and I are in constant communication with each other. We are on the same page for all of the major decisions in our life. Whenever I have a job, we quickly if it’s something that I want to pursue. Sometimes, I get to travel, sometimes I don’t since it may be local. For the most part, we do our best part to stick together and travel as a family unit and that really helps.”

“Family is very important to me and it should always come first,” he added. “We are always growing and we are always learning together.”

On the title of the current chapter of his life, Hutch said with a sweet laugh, “Risk it All” and “Jump Without Looking.” “If you want to advance in any areas of your life, you need to take risks, and you must do what is uncomfortable and scary,” he said.

“I do train a lot. Physically, I am always in the gym,” he said. “I train for stunts and to keep myself strong and I keep myself moving.”

On his definition of the word success, Hutch said, “Once attained, success for me, resets, and you need to go after it again. Success is a never-ending, slow evolution of accomplishment.”

Hutch expressed his appreciation for his dedicated fans. “Laughter and fun are two of the best multi-vitamins so people need to get that in their diet. I hope the fans have fun and enjoy the movie. I hope it will be a little bit of an adventure for them,” Hutch concluded about “Love on the Road.”