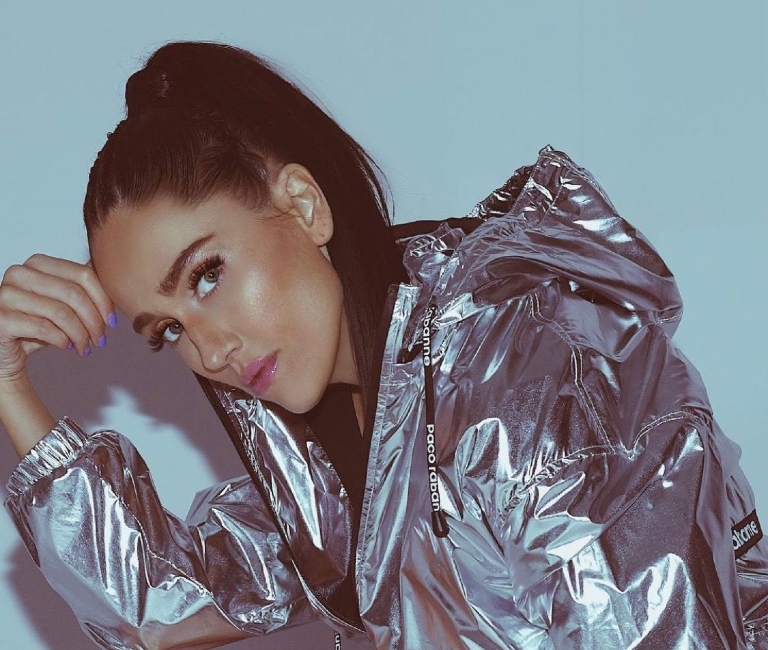 Two-time Grammy-nominated songwriter Jenna Andrews chatted with Digital Journal’s Markos Papadatos about the success of the smash single “Butter” that she co-wrote for BTS, and her new mental health digital series “The Green Room.”

Her smash hit song “Butter” was honored at the Variety Magazine Hitmakers of the Year Award on December 4, where it was named “Record of the Year.” “The song has won a bunch of awards and it has caught a lot of attention, so that is good in terms of the awards front,” she said.

“Butter” blasted out to the world in May, becoming a record-smashing single for BTS. The writers and producers, including multi-hyphenate creatives and executives Jenna Andrews and Ron Perry, the K-Pop group’s own RM, Stephen Kirk, Alex Bilowitz, and Rob Grimaldi, crafted the perfect hit that just won’t quit.

BTS just got nominated for the Grammy for “Best Pop Duo or Group Performance” for “Butter,” which was co-penned by Andrews. “That was amazing,” she said. “We were nominated last year for ‘Dynamite’ as well. It never gets old.”

Andrews is the hottest songwriter and producer in the world right now. She has co-written the No. 1 hit single “Butter” from South Korean superstars BTS. The song is one of the biggest global records of 2021, running for 10 weeks at No. 1 in the Billboard Hot 100 charts and it is now the eighth song in the history of music to go number No. 1 for 10 weeks on the Billboard Hot 100 chart and making it Billboards Song of Summer.

“Butter” was just recognized with an MTV VMA Award. Andrews also produced vocals on BTS Grammy-nominated global hit “Dynamite” and recently co-wrote and co-produced the song “Permission To Dance” with Ed Sheeran for the group which debuted at No. 1 on the Billboard Hot 100 charts.

She also co-wrote New Zealand pop artist Benee’s global hit, “Supalonely.”  Being a female producer in the music industry is rare indeed– primarily a male-dominated space and Andrews is the girl behind the hits. She wrote the lead single off the new “My Little Pony” movie which she co-exec produced; moreover, she wrote the new single on the “Marry Me” movie performed by Jennifer Lopez.

And as an A&R consultant, for industry veteran Barry Weiss’ RECORDS label, as well as in her joint venture with Weiss, publishing company Twentyseven Music at Sony/ATV, she has worked with rising pop artists Noah Cyrus and Lennon Stella.

On the title of the current chapter of her life, Andrews responded, “Growth.”

Andrews is trying to raise awareness on mental health in the music industry, so she created and co-hosts the mental health series, “The Green Room.” In each episode of “The Green Room,” she features an artist and a mental health professional. “This is something close to me because anxiety is something I’ve always dealt with and so have many of my artist friends. The web series has continued to progress and it’s still in the infancy stage but I’ve done 25 episodes,” she said.

“A lot of the best songs that I have written come from a pretty honest place and from a conversation that feels like therapy,” she added.

Past guests have included Tegan and Sara, Lennon Stella, Kiesza, Pixie Lott, JoJo, Walking Dead actress and musician Emily Kinney, and Rebecca Black. By connecting with artists and professionals in the field of mental and emotional health, her mission is to help others feel a sense of relief through open and honest conversations with some of our favorite creators.

“The Green Room” is a digital series about mental health awareness in the music industry,  in conjunction with The Jed Foundation, a nonprofit that protects emotional health and prevents suicide for our nation’s teens and young adults, and She Is The Music, a nonprofit organization increasing the number of women working in music – songwriters, engineers, producers, artists, and industry professionals.

Speaking of “The Green Room,” the next artist Andrews is featuring is Jessie Murph, who is a major TikTok star with over four million followers. They will be talking about toxic boyfriends. Andrews co-wrote Murph’s song “Always Been You,” which is available on Spotify.

“I want my fans to know that they are not alone. It is important to give yourself a break and to be able to know that we are all human,” she added.

When asked if she could have any superpower, she noted that it would be “to be able to connect with people.” “There is something so special about that connection,” she said. “I want to continue to be able to experience that,” she admitted.

If she were to go on “The Masked Singer,” she revealed that she would be “a bullhead.” “I’m a Taurus, so perhaps I would be a bullhead… with horns. I would love that,” she said with a sweet laugh.