An American Classic will be released on August 14 via Curb Records, and it features the single “Not A Dry Eye In The House,” where she collaborates with Willie Nelson. “I am very proud of this album, and all of the guests on there. I learned a lot,” she admitted. “It has been a long time since I worked with a producer, but he was great.”

“I was so thrilled to work with Willie Nelson on ‘Not A Dry Eye In The House.’ I love Dallas Wayne’s song, and Dallas said it best when he said that it just sounds like an intimate conversation between two old friends,” she said.

She listed “”Teach Me Tonight,” “So Far, So Good,” as well as the Willie Nelson duet as her three favorite songs on the album. The new album also includes her Grammy-winning signature country classic “Don’t Touch Me.” “I am happy to have some of my peers from my era and the next generation on this album,” she said.

This past winter, Seely received the honorary Doctor of Arts degree by Lincoln Memorial University (LMU). “Oh wow. That was something I never even dreamed of. I was so proud,” she said.

She congratulated this year’s Country Music Hall of Fame inductees, which include Marty Stuart (Modern Era Artist), Dean Dillon (Songwriter), Hank Williams Jr. (Veterans Era Artist). “That’s great. I’ve known Dean since he was 18 years old. I took him backstage at the Grand Ole Opry for the first time and I’ve written songs with him. He’s a phenomenal writer,” she said. “Hank Jr. recorded one of my songs, so now, I get to add one more to my list of Hall of Fame members that have recorded my songs. I am excited for all three of them, they are certainly very deserving. The fact that it’s all guys this year puts me in a better position, as a female, to be nominated next year,” she added with a sweet laugh.

In her personal life, she just turned 80 years old. “I am still celebrating and I am thinking of how blessed I am,” she said. “Who gets an album on Curb Records and a duet single with Willie Nelson for their 80th birthday. I also have the marquee downtown in Music Row all this week. That is something I never even dreamed of.”

On the title of the current chapter of her life, she responded, “It’s an unbelievable 80th year.”

Affectionately known as “Miss Country Soul,” Seely also paid a fitting homage to such late but great country stars and friends as Jan Howard and Country Music Hall of Famer Charlie Daniels. “Charlie Daniels was totally bigger than life, more than anybody since Johnny Cash. He was such a gentle giant, and he really cared. He never forgot anything or anybody. He was a wonderful man and a wonderful patriot. His Journey Home organization has helped so many veterans, it is one of the very best programs out there. A group of us is hoping to keep that organization going in his honor,” she said. 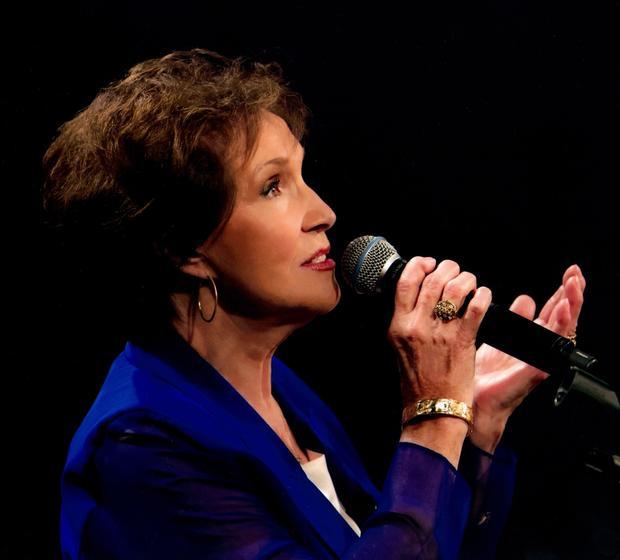 “I first met Jan Howard in 1963 in my first trip Nashville. Jan was so friendly and welcoming. Through the years, Dottie West and I were close friends, and so were Tammy Wynette and Jan. Once we lost Tammy and Dottie, Jan and I got to be closer and I miss her so much. Jan’s friendship over the years has meant so much to me. We drove together on road trips and we used to share a room together. We enjoyed being together, and we had so many laughs. She was an amazing lady, and she did so much for the veterans organizations,” she elaborated.

She defined the word success as bringing joys to people while entertaining them. “My job is to entertain people, and if I do that, it makes me happy. Happiness is success to me,” she said.

An American Classic is available for pre-order on all digital service providers by clicking here.

For her loyal country fans, she concluded about the new album, “I hope the fans will give it a listen. There is so much variety on it so I hope they find something that they like. I truly think that the album is named right: these are classic artists that are guests on here. Most of them are classic country songs, with the exception of the classic pop tune. I hope it will be a favorite among the fans.”

To learn more about Grammy award-winning countJeannie Seely, check out her official website and her Facebook page.