Is America’s top TV show cheating? Well, we wouldn’t say that, but we would think it. When Sanjaya got the boot last night, despite Howard Stern’s impressive efforts to keep him in the running, people are starting to cry foul. Just look at the fine print implemented to deal with Sanjaya fans.

Digital Journal — On Wednesday night, America voted off a singer who wasn’t much of a singer but more of a performer. Sanjaya Malakar had more showmanship than all the other Idol contestants combined, but his flat version of Bonnie Raitt’s “Something to Talk About” couldn’t earn him another round in the contest.

He didn’t win enough votes despite the pull of Stern Nation — the millions of fans of Howard Stern, the Sirius Satellite Radio shock jock who told his listeners to vote for Sanjaya every week.

Partnering with Votefortheworst.com (VFTW), Stern has sabotaged American Idol for weeks by asking fans to vote in droves for Sanjaya. Why? Well because he can. “We’re corrupting the entire thing,” Stern said recently. “All of us are routing American Idol. It’s so great. [It’s] the No. 1 show in television and it’s getting ruined.” 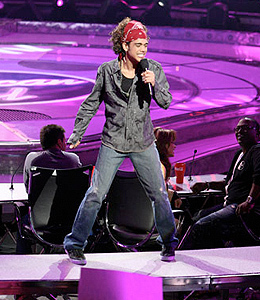 Essentially, Stern wanted Sanjaya to win based on unworthiness alone, thereby mocking the supposed artistic value American Idol tries to represent. It became a way for the radio titan to not only insult the current crop of Idol contestants, but also start another mission for his followers to carry out.

The Stern Effect, as it’s been called, has impacted the show so deeply it compelled Simon Cowell to say he’d quit the show if Sanjaya wins. “I won’t be back if he does,” the judge told the entertainment show Extra.

Cowell can rest assured his cushy job isn’t going anywhere because Sanjaya is gone for good. But did the Stern intrusion scare American Idol producers so much so that they had to resort to other tactics to keep their show Sanjaya -free?

Production will have in place weekly monitoring procedures designed to prevent individuals from unfairly influencing the outcome of the voting by generating significant blocks of votes using technical enhancements. The producers reserve the right to remove any identified ‘power dialling’ votes.

Power dialling refers to computer autodialing software that can cast thousands of votes at the touch of a button. In 2002, American Idol discovered a power-dialling scheme that ousted contestant Ryan Starr, even though the show’s producers said at the time that power dialling has “statistically insignificant” impact on the outcome. Oh really? Then why the fine print on the FAQs, American Idol? 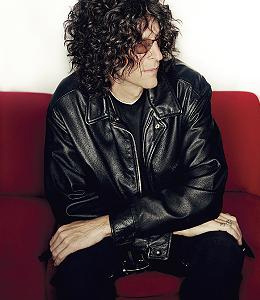 It’s plain to see how this TV show can manipulate results if it chose to: Votes deemed to be those cast by power-dialling can be deleted. Sure, it’s fair for the show to try to protect its voting integrity, but the system has the potential to be more flawed than a Florida election. Why? Because the public has no clue what goes on behind the scenes.

If American Idol relies on computers to determine power diallers, the outcome could be easily spoofed: Using various cellphone numbers, online IM clients and phone number masking technology, it’s safe to assume one could easily cast countless votes without the computers catching on. And what about restricted phone numbers — how do they deal with identifying those?

On the other hand, if American Idol employs humans to look over computer-generated warnings, votes can be removed at the whim of the screener or subject to human error.

And how does Idol determine if two votes, or 200 come from the same source? If they remove the 200 votes coming for Sanjaya, they sure as hell should remove two votes coming for someone else. Policing should be integral and taken seriously, because gaming the voting system can make or break a teenager’s superstar dreams.

Or American Idol’s voting system could be flawless, but how would we know? It’s not transparent in how it works, and all we’ve seen for weeks is Sanjaya moving through the rounds unscathed.

So why was Sanjaya sent packing all of a sudden? For weeks the mohawked wonder evaded the shiny guillotine waiting patiently above his head, as Stern and VFTW have not backed down with voting, but now gets the axe. Stern Nation didn’t take a break this week to let Sanjaya succumb to a devastating loss, so it’s not for a lack of support.

With over 30 million viewers tuning in each week, people want entertainment and, despite Sanjaya’s atonal voice and lack of singing experience, a huge surge of “fan-jayas” wanted to see more from the charismatic 17-year-old. It wasn’t just his hair or his sunny smile; he actually brought the fun back to a reality show (even for people who don’t watch it). 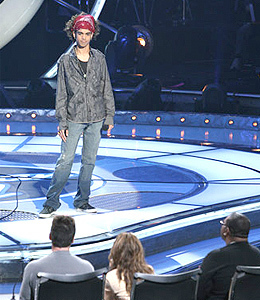 It only makes sense that voters would want to see a special spark in this season’s American Idol. Who else is there? This year’s show is widely criticized for showcasing the weakest bunch of singers yet. Without Sanjaya, what’s the point?

So Sanjaya didn’t sway America once again, but is that the right way to phrase it? Since Stern fans have shown for weeks that the American Idol voting system is flawed, it’s difficult to determine how many exact votes Sanjaya earned. Can anything the show does in the future be trusted?

Digital Journal repeatedly called American Idol’s publicity department for comment, but the spokespeople would not return any calls.

Rest assured this season of American Idol will continue as if nothing happened. As if a Seattle kid didn’t compel Howard Stern to flood the show’s voting process with his followers. As if Simon Cowell didn’t threaten to quit. As if a small disclaimer didn’t spark controversy and a spoonful of scepticism.

The next time you vote for your favourite American Idol contestant, ask yourself the same thing you do during election time: Will my vote count?

In this article:American idol, sanjaya, Voting