A quick glance at Derek Sherinian‘s impressive CV is enough to convince anyone that this seasoned pro, one of rock’s most in-demand session players, was the right man for the job when it came to choosing a bandleader for an ambitious endeavour that saw him and five of his fellow rockers back a troupe of Russian ballet dancers – from the Bolshoi Theatre, Swan Lake and The Nutcracker – live on stage.

Heart of Storm was the title given to this intriguing, long-overdue and now critically acclaimed pairing, whose one-of-a-kind masterpiece was performed on American soil for the very first time last month at the Orpheum Theatre in Los Angeles (on July 24 and 25), after an initial five shows – designed to “test the water,” so to speak – in Europe.

When we spoke, Derek, who says he would love to have been out in the audience in order to witness this spectacular musical and visual assault on the senses, was hard at work on the DVD of the event set for release in “two to three months.”

“Right now, I’m in charge of mixing the audio,” he explains, “sorting through both nights and listening to everything – and it sounded great. I’m trying to get it ready so people can see the spectacle.”

“I was approached by the show’s producer Alex Rosenberg,” continues the 48-year-old Californian, looking back on how he first became involved with the project. “I heard the music and hired some players.

“Over the period of a year, we worked with Stas Tsoy, a Russian-Korean choreographer, who put dance routines to an hour’s worth of music. We were so committed to making it happen…

“We started working with the dancers and then did five shows in Europe. We made some changes and did two shows in L.A. to an overwhelmingly positive response. It was the first time this kind of thing had ever been done before.” 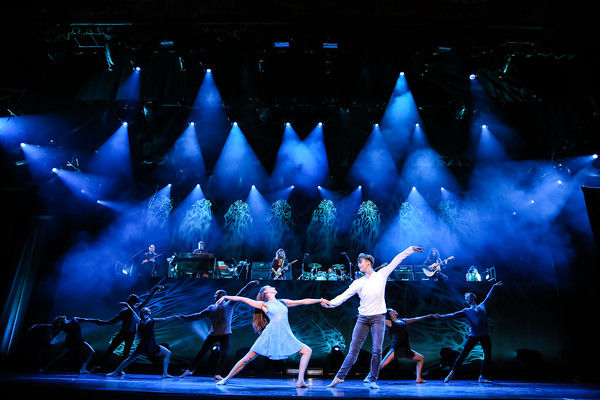 “Heart of Storm”
Libby Coffey
Though the musical score already existed, this highly able bunch were called upon to write some new material to play during the costume changes, etc. Ballet with rock seems like such an obvious recipe for success, so I asked the show’s Musical Director why he believes it’s taken so long for something like this to come to fruition.

“I don’t know…” he replies in his friendly tones. “I guess it takes someone to have the idea and say, ‘I think we’re onto something here.’ But the footage looks amazing – everything stems from the music, which is a great thing. There’s a certain amount of musical freedom and we cover a lot of ground, from soft jazz to metal to baroque…” 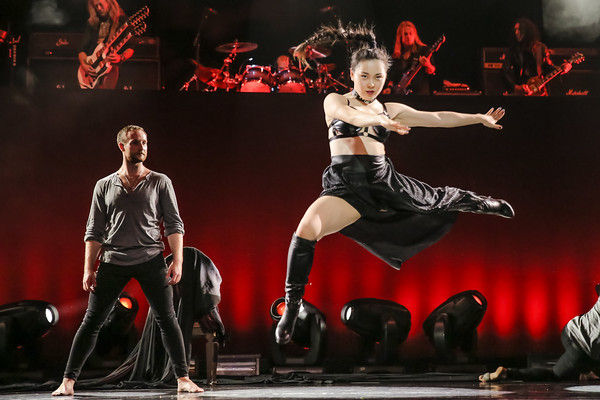 “Heart of Storm”
Libby Coffey
There are plans to take Heart of Storm on tour in 2016 and, due to the strong feeling of camaraderie within the group, Derek doesn’t rule out working with the others again on future projects – perhaps even one with a singer. “The lineup is so strong,” he enthuses. “Everyone gets along, so who knows? We’re open to any ideas.”

Some of the many artists Sherinian has collaborated with over the years include Kiss, Dream Theater, Alice Cooper, Billy Idol and, from 2009 to 2013, Black Country Communion with Glenn Hughes, Joe Bonamassa and Jason Bonham. Would he like to work with any of them again? Might we see a BCC reunion one day?

“There’s nothing planned, but I’m always open,” states the one-time cover artist for Keyboard Magazine, who is of Greek and Armenian descent. “I’ve learned never to say never and to keep my options open.”

“There’s been too many to mention,” he muses, recalling his fondest memories of his time spent touring the world with some of the biggest names in music. “Playing with Eddie Van Halen live, for example, that was a dream come true… I’ve had some amazing experiences.”

For more information on Heart of Storm, a production that has so far donated 15,000 dollars to Jay Nolan Community Services – a charity that helps children with autism – go here.

For more on the keyboard player extraordinaire that is Derek Sherinian, visit his official website.