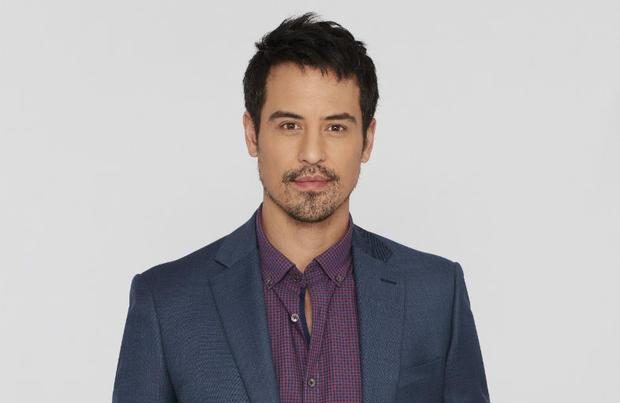 On working with Nicholas Alexander Chavez, Coloma remarked, “For me, it has been great. My character, Nikolas, has been very isolated for a long time.”

“Nicholas, the actor, is a really fun kid,” Coloma said. “We both are really nerds at heart and we play a lot of chess. In between takes, it is fun to have somebody on set that you can go and play a game of chess with and hang out with and I have really been enjoying working with him a lot. He is a very fun guy.”

On working with Sydney Mikaya, Turner said, “Although I don’t work with her a lot, when I do work with the young lady, she is yelling at me, so it’s interesting and I leave work feeling a certain way. That said, she is a talented young actress and she is quite the young woman right now. I am pleased to watch her grow as a person, and as an actress, so it has been great. Hopefully, she will stop yelling at me soon.”

In his spare time, Turner also shared that he enjoys swimming. When asked what is his personal favorite stroke in the sport, he responded, “I just do the basic freestyle. I’m not an expert. I wish I could do the butterfly. I can do the backstroke, but for me, I usually swim after I lift weights so I am exhausted and then, I jump into the pool. At that point, I do my laps and it’s survival. It’s good for my lungs and it’s great exercise.”