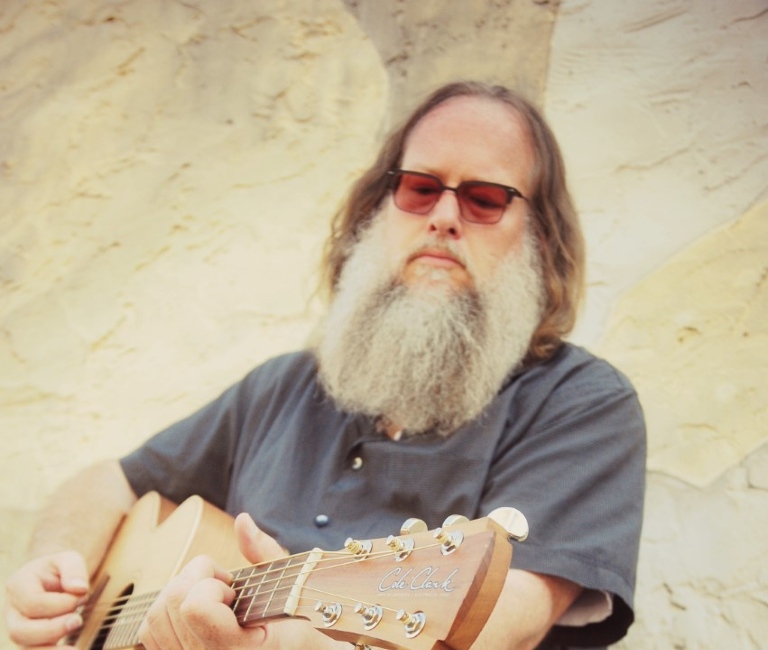 J Edwards chatted with Digital Journal’s Markos Papadatos. Some of the most talented singers and songwriters out there may be artists the world hasn’t heard of… yet. In fact, J Edwards has been described as Nashville’s “best-kept secret.” And with talent like his, it’s not a matter of if, but rather, when the world will know his name.

While a lot of people might be able to sing, very few can do so in such a way that one can feel the lyrics of their songs. With Edwards’ “whiskey voice,” you believe he’s lived the music that he writes.

Audiences hear the authenticity in his voice, whether he’s singing or just having a conversation with you. In today’s world of overly contrived entertainment programming, artists like Edwards stand out even more.

This storyteller’s background is as diverse as his music. He was born in Arkansas. His father was a Pentecostal Evangelist, so throughout his childhood, Edwards and his family traveled the country performing in churches.

As an adult, he would continue to perform Christian music but eventually built a career within a broader range of genres. After all, he had been influenced early on by the Blues, R & B, and classic country music from the 70s and 80s.

We talked with the artist, who’s still very driven, between recording sessions on his new album, due out in February. Our goal was to find out more about the soulful music catalog he’s created so far, which includes a little bit of sin, salvation, broken hearts, and trying to make sense of it all.

J, how would you describe your music?

My friends and I call it “Southern Soul”. It’s a compilation of Old School Country, Southern Rock, and R&B. We tried coining the phrase “Blu-Country Rock”, but it didn’t catch on.

What do you think when people describe your voice as a combination of Bob Seger and Chris Stapleton?

I don’t mind it much, but I do tell them that I’m a lot older than Stapleton and I’ve been playing music almost as long as Seger. I respect both artists. I’ve been singing like this since I was twelve. I’m definitely not trying to sound like anyone or copy anyone’s style at this point.

We heard that Meatloaf is a fan of your music, and you guys met recently, correct?

Yes, I met Meatloaf through a wonderful friend and amazing artist, Shaun Murphy. The two of them had worked together off and on for years. He told me he loved my vibe on the Cold album, and hoped we could work together soon. I was blown away.

What sets your sound apart from other artists?

That’s really hard for me to explain. I would have to let the multitude of diverse listeners tell you what makes my music appealing to them. My audience demographics are all across the board. I just offer them something real and original; but also something they can all relate to.

Do you know how many songs you’ve written over your entire career?

Not as many as some writers, but I’m a singer/songwriter. I sing the songs I write. I have over 300 songs that people who know my music request when they are at different shows. If I don’t sing a song periodically, or someone else is not singing that song at their show from time to time, that song is not finished. It’s not ready.

Can you describe your process for writing a song?

What’s the best part about the work you do?

People, people, and people! When I see folks laughing or a monster of a man beating on his heart and saying, “That song hit me right there” I’m fulfilling my calling. If I see new fans sitting on the edge of their seats to catch the rest of the story I’m singing, I know I’m on the right track. It’s all about people!

What’s the most challenging part of being on the road?

One word… Internet. [laughs] No, it’s really about the things that you have to neglect while trying to make every show a success. At this level, there is no relaxing. It’s all building and staying ahead in the game. When you are the driver, roadie, sound guy, merchandise person… the list goes on, sometimes it’s hard to keep up with promotion or songwriting or even mowing your own lawn. I’ve always said, “If I just had a bus driver, I could…”

What are some career goals you still want to achieve?

I love what I’m doing; I just want to do it on a bigger scale. That may sound very generic, but I want to reach more people, not just get more fans. I want to play bigger places, make bigger collaborations, get my songs into the hands of more artists, and play music with more of my heroes.

Tell us about some career highs that you’ve experienced.

It would have to be the people I’ve met and even opened for. Sharing the stage with John Schneider, Cody McCarver, Keith Burns, Rickey Godfrey, and others means more to me than just about anything. Getting to open for Shaun Murphy, Marshall Tucker, Leon Russell, Martha Reeves, Daryl Worley, JJ Gray, and Mofro or Aaron Lewis & Blackberry Smoke, is a dream come true. I’ve worked with some folks I never dreamed I would.

Tell us about how often we can hear new music from you.

Since I’m an independent artist, I can put out as many records as I want, so you should look for something about every 10 months. [laughs]. I don’t play the “Release the Single” game-like other folks. We’ve got too much backlogged music. In fact, we’re in the studio now recording a new album.

Tell us about this project.

It’s going to be a compilation of 17 new and some older songs that have been tried in the fire of the fans and they made it to the requested list. We are tracking and mixing in my studio with my band and my friends as special guest musicians so that it has that organic, real sound that people can feel even from the CDs or mp3s.

It won’t be overproduced or overplayed, meaning there’s no 20-piece orchestra, because we won’t have that many people on the road with us. I’m stripping it down and getting to the real deal. It’s about the lyrics and feel of the heartbeat of the song. That’s it!

You can find J’s latest albums “Cold” and “Average Guy” on all streaming platforms, along with his previous recordings. Learn more about J by going to his website by clicking here. You can also find him on Instagram and Facebook.