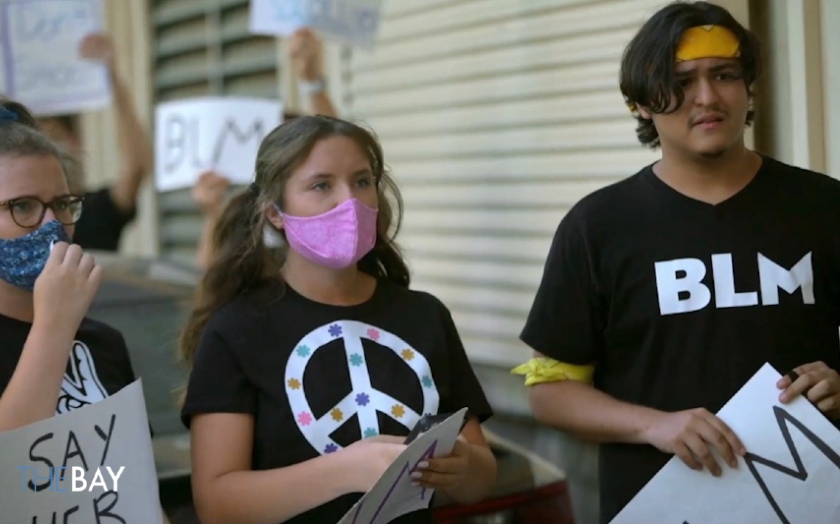 Margaret Mead once said: “Never doubt that a small group of thoughtful, committed citizens can change the world; indeed, it’s the only thing that ever has.” This quote applies to Dante Aleksander.

A native of New York, of Puerto Rican, Italian, and Peruvian decent, Aleksander was exposed to the entertainment business at a young age thanks to his father, Gregori J. Martin, who is an award-winning producer, director, creator, and writer of “The Bay.”

As a child actor, he landed his first role in the short film “It Takes Two” and the horror movie “Taken 4 Granted.” He secured a supporting role in “The Southside,” which is a biopic about the life and death of Robert Areizaga, Jr., which is available on Amazon Video.

After his role in “The Southside,” he guest appeared on the Emmy-nominated sitcom “This Just In” on Pop-TV, and then, he played the role of Xander Castro in the hit digital drama series “The Bay.” “I absolutely love my character,” he said. “It’s so fun to play somebody who is the complete opposite of who I am as a person in real life. Working alongside Chiara and Bianca D’Ambrosio makes it so easy. They are both so great.”

“In this season of ‘The Bay,’ my character is going to have a bigger part,” he foreshadowed.

This character also crosses over to the new young adult series “yA,” which is a spinoff of “The Bay.” “I can’t wait to see it whenever it comes out,” he said. “I still haven’t seen the finished product, and I am excited for people to see it since it’s the most work that I’ve done on a project and it was so much fun.”

On being an artist in the digital age, he said, “It is crazy that there are so many people that are making careers out of social media. They will start their careers posting videos on social media and if they are lucky they sometimes transition into becoming A-list celebrities and A-list actors. I think that it’s amazing that there is a platform that can help them with their careers like that, especially if they have talent.”

“I think social media is great in terms of networking since you meet so many people,” he added.

Aleksander had great words about working with Emmy award-winning producer and actor Kristos Andrews of “The Bay.” “Working with Kristos is the biggest pleasure ever,” he admitted. “I looked up to him forever, he has been the brother figure I never had. I love Kristos, he is one of my biggest inspirations, along with my dad, of course.”

For Season 7 of “The Bay,” Aleksander revealed that he enjoyed filming in Puerto Rico. “I absolutely loved Puerto Rico, in general,” he said. “I’m Puerto Rican myself, but I haven’t been there until this summer. Being able to see it and experience it in person gave me a deeper understanding and appreciation for it. The people, food, and the location are all amazing.”

In addition to his rising career in the acting world, Aleksander was accepted into the University of La Verne where he majors in business with communications as his minor and is excited for his upcoming journey in front of and behind the camera. A sports fanatic, he is also looking forward to launching his upcoming sports podcast, currently in development.

To learn more about actor Dante Aleksander, check out his IMDB page and follow him on Instagram.