One of the most successful songwriters in the history of country music, South Carolina-born Bill Anderson, inducted into the Country Music Hall of Fame in 2001, has had his songs covered by the likes of George Strait, Ray Price, Connie Smith, Kenny Chesney, Vince Gill and Brad Paisley.

This year sees the 78-year-old entertainer celebrate his 55th anniversary as a member of the Grand Ole Opry, and if that wasn’t enough, the man who recently helped launch the career of Mo Pitney (co-writing his hit song “Country“) will achieve another impressive milestone in 2016, namely the publication of his second autobiography, Whisperin’ Bill Anderson: An Unprecedented Life in Country Music, which is due out in September.

Hello Bill. What have you been up to recently? Congratulations on your 55 years as a member of the Grand Ole Opry!

“Thank you. I’ve mostly been spending time planning our big 55th anniversary party and getting ready for the release of my new book.”

I understand you’re on tour at the moment. What do you like most about being on the road?

“The best part is the shows themselves. People often ask how much I charge to do a show and I say, ‘Nothing.’ What I charge for is leaving home, driving or flying to the gig, sleeping in a motel, eating in bad restaurants and travelling back home. I sing for free. The time I get to spend on stage is the fun part.”

Which of your songs tend to get the best reception when sung live? Do you have any favourite cities or venues in which to perform? Anywhere you’d like to perform where you’ve not been before?

“My signature song, ‘Still,’ even after all these years seems to be the one that generates the most favourable audience response… I like to perform anywhere where the sound and lighting are good and the people are comfortable. It also helps if they have come wanting to be entertained.

“At the moment, I can’t think of anywhere I’d like to perform where I’ve never been before. Maybe that’s because I’ve been nearly everywhere!”

Whisperin’ Bill Anderson: An Unprecedented Life in Country Music will be out in September. What made you decide to write the book and does it contain many surprising revelations?

“I wrote an autobiography in 1989. After having been in the business for over 30 years at that point, I thought I had done all I was destined to do. But I was wrong.

“I’ve had a second career since then, particularly as a songwriter, and I thought my story was worth telling. Perhaps it will encourage others to not quit dreaming before their dreams have fully run their course.

“Readers might be surprised to learn about the ‘down’ period I had in my life between my first career and my second. I went through lots of personal, career and financial struggles that I seldom talked about at the time.”

Are you working on a new album at the present time? If so, what can we expect from it?

“I have completed a new album, tentatively called Songs Sung New, which will be released in conjunction with my audio book in October. These are new recordings, mostly acoustic, of ten of my best known compositions.

“The audio book package will contain eight CDs, plus a bonus CD of music. Incidentally, I read the audio book myself and learned it takes much longer to record a book than it does to record a song!” 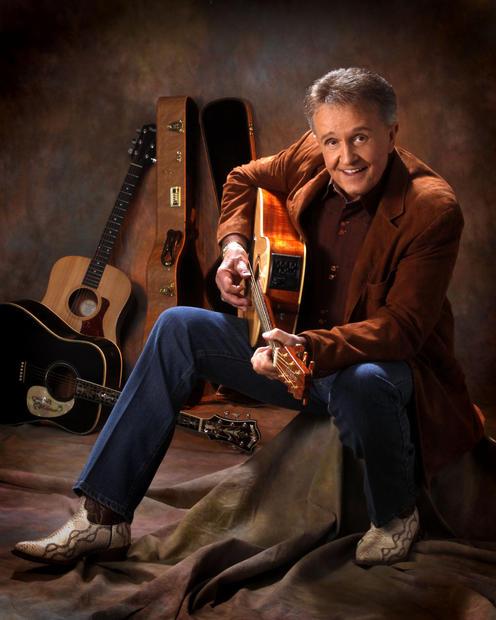 Please tell me how you came to work with Mo Pitney. Do you think he might be the one to bring that traditional sound back into the mainstream? Which other artists are you currently working with?

“I met Mo through a fellow songwriter and friend, Bobby Tomberlin. I sensed something very special about Mo the first time he shook my hand and flashed that big ol’ country boy smile. Then when I heard him sing and realised what a talented songwriter he was, I was hooked.

“If things fall into place as they should and the stars all align in his favour, Mo should have a great and long-lasting career in country music. I’m not currently working with anyone else. Truthfully, right now I simply do not have the time.”

Do you think there’s a bit of a traditional country revival happening at the moment?

“I haven’t seen much evidence of it. From time to time we get glimpses, but I certainly wouldn’t call it a ‘revival’ just yet. Hopefully it’s coming, though.”

You’ve written songs for countless artists over the years. Do you have a particular favourite? I think mine is probably “Give It Away” by George Strait…

“Thank you. ‘A Lot of Things Different,’ which I co-wrote with Dean Dillon and which was recorded by Kenny Chesney, is probably my own personal favourite – along with a song from early in my career called ‘Mama Sang a Song.’ Those are the two that touch me the most in a personal way.”

I gather you’re the only country songwriter to have had a Top 40 hit in seven consecutive decades?

What do you remember about your induction into the Country Music Hall of Fame in 2001? How did it feel?

“I felt like I had finally gotten to taste the cherry on top of the sundae! I truthfully hoped that someday it might happen but had begun thinking that if and when I was ever inducted into the Hall of Fame, it would be after I was long gone.

“I used to picture one of my grandkids walking onstage and accepting the honour in my memory. But to be able to actually sit inside the Hall of Fame and hear them read my name and unveil my plaque was indescribable. There is no higher rung on the country music ladder and I’m so proud to have been able to see the view from up there for the past 15 years.”

What are your plans for the rest of 2016 and beyond? Do you have any ambitions left to fulfill?

“I’ve spent my entire career with no major game plan. It’s all just unfolded one day at a time. I’d see a door and walk through it just to see what was on the other side. I’m still doing it that way, just letting things happen as they will. It’s worked so far. I don’t see any need to change it now.”

Whisperin’ Bill Anderson: An Unprecedented Life in Country Music will be available to buy from September 1.