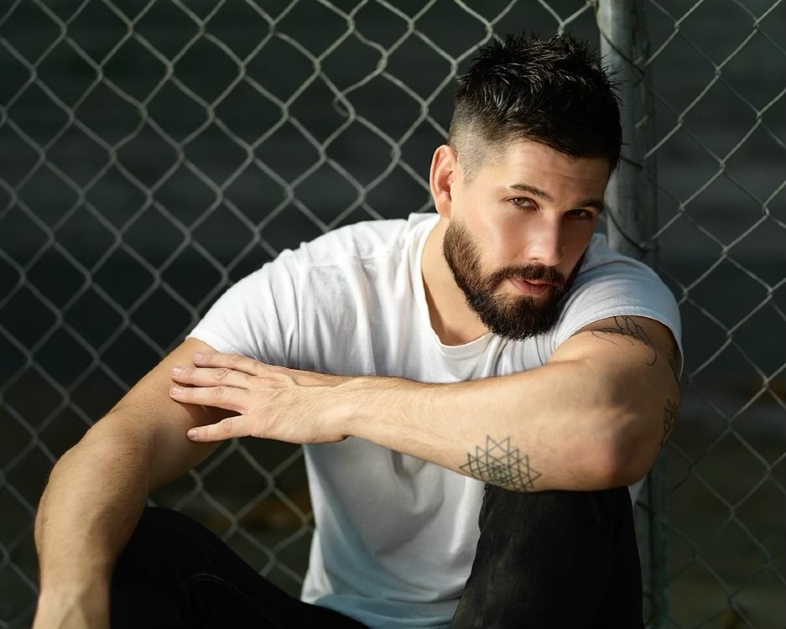 Actor Casey Deidrick chatted with Digital Journal’s Markos Papadatos about starring in “A Very Merry Bridesmaid” on the Hallmark Channel.

David Strasser directed “A Very Merry Bridesmaid” from a screenplay by Tracy Andreen and Elena Valdez. “This film was honestly a dream come true,” he admitted. “I’ve never been a part of a Christmas film before, and it’s actually a tradition for my family and me to celebrate Christmas and watch these types of films.”

In “A Very Merry Bridesmaid,” Deidrick stars alongside Emily Osment (“The Kominsky Method”). This new, original holiday movie premieres on Saturday, December 4 at 8 p.m. EST on the Hallmark Channel as part of the network’s annual “Countdown to Christmas” programming event.

The synopsis of the film is as follows: Leah’s (Emily Osment) 30th birthday is on Christmas Eve but this milestone takes a back seat when her future sister-in-law claims Christmas Eve for her wedding and asks Leah to be one of the many bridesmaids; however, the return of Leah’s childhood crush Drew (Casey Deidrick) may be exactly what she needs to push her to the forefront of the overlapping festivities and determine a new direction in her life.

“The film has a lot of themes on coming of age,” he said. “What I really loved about my character Drew is how much he cared for Leah and he wanted to make her feel special even when everyone else forgot. I really enjoyed the love and the care that he had for Leah.”

He originated the role of Chad DiMera on the NBC soap opera “Days of Our Lives.” “It was an honor for me to be a part of the DiMera family, and it was great to work with Joseph Mascolo and James Scott, they were incredible teachers,” he said.

“Playing Chad was one of my first jobs and they taught me a lot. It was an experience that I will never forget, and it will always be my stomping grounds and I will cherish my time there,” he said.

When asked how he handled being dialogue-heavy on that daytime show, Deidrick responded, “It was really difficult at first, but your memory is a muscle that needs to be worked out. Over time, my memory got better. At the end, I was doing two to three episodes a day and I would have 60 to 70 pages of dialogue.”

On being an actor in the digital age, Deidrick said, “I kind of miss the old days where actors weren’t that much accessible, and now that kills some of the mystery. I do love the fact that you can connect more with the fans and be more engaged with them. I do like keeping a little bit of that mystery still alive.”

For young and aspiring actors, he said, “Don’t have a Plan B. Make sure you are finding the passion in what you are doing, and not looking back and just going forward. Those are key ingredients that I use, and they have worked for me.”

Regarding his daily motivations as an actor, he shared, “The past experiences in my life motivate me, which include past childhood traumas. Acting is an outlet for me, and it’s my therapy. I need to act like I need to breathe. I literally can’t see myself doing anything else.”

On the title of the current chapter of his life, Deidrick said with a chuckle, “To Be Continued…”

Deidrick enjoyed being a part of Brad Everett Young’s Dream Loud campaign, which works on preserving arts and music programs in schools. “Brad is a dear friend and he is a phenomenal photographer,” he said.

“I love what he is doing and I was happy to be a part of that, and share that experience with others. I am all about helping that community and bringing awareness. Brad made me feel super comfortable and I loved working with him. I would definitely do it again whenever I have some time,” he elaborated.

Deidrick defined the word success as “being happy with who you are as a person and enjoying the simple things in life.”For his fans, Deidrick concluded about “A Very Merry Bridesmaid,” “It is very relatable because it is tackling some real-world issues, and it looks at what it means to give up on your dreams, and what it means to change your plans to follow your true heart and your true love. I think the fans will love what Emily Osment and I have done.”