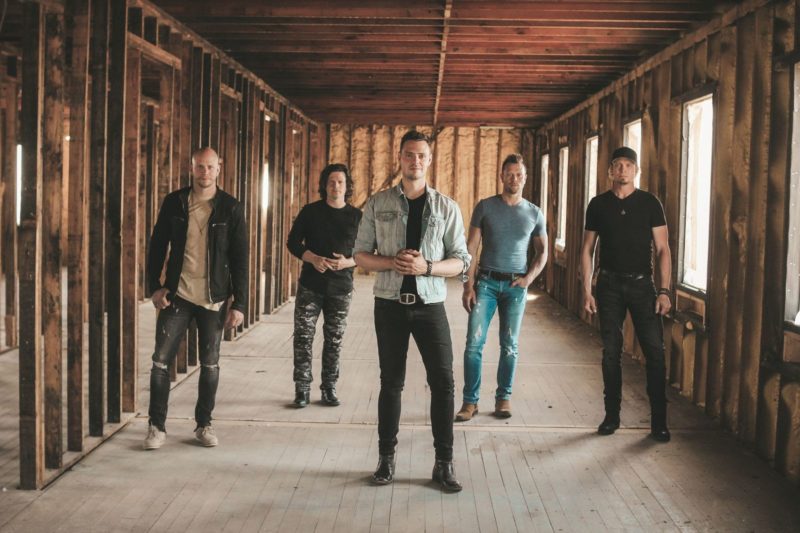 The song is nonchalant, timely, and very liberating. It was co-penned by the Hunter Brothers with Grammy-winning artist and producer Seth Mosley and hit songwriter James McNair. It was subsequently produced by Mosley and Grammy winner Mike “X” O’Connor.

This tune is extremely radio-friendly and it gives listeners a hopeful, anthemic feel that is backed sonically by a retro summertime vibe and the Hunter Brothers’ signature soaring harmonies. Well done.

“Peace, Love & Country Music” is available on digital service providers by clicking here. It is worth checking out and it garners an A rating.

Real-life brothers, J.J., Dusty, Luke, Brock, and Ty, are no strangers to hard work, perseverance, and discipline. Life on a family farm wasn’t always easy, but the brothers attribute much of their success to their rural upbringing in a home dedicated to faith, music, and sport. With over 61 million video and audio
streams to date, Hunter Brothers have amassed a large volume of industry credibility in a record amount of time, including multiple CCMA Award nominations, JUNO Award nominations, and SCMA Award wins.

This past summer, the Hunter Brothers’ released their third studio album, Been a Minute. Their sophomore album, State of Mind, was released in 2019 and remained the #1 selling country album for four consecutive weeks following its release. Known for their energetic and entertaining live shows, the group has played major
country festivals in Canada and the U.S., and toured with country icon Paul Brandt.