Along with around 30 other journalists, I’m one of the first people to try out Halo Reach‘s multiplayer beta. It’s a thrilling feeling — here is a game soon to send shockwaves across the gaming world when the full version is released in fall 2010. Dubbed a prequel to the Halo trilogy, Halo Reach already excited gamers when a trailer of the first-person shooter debuted at E3.

Now, I’m careening through a typical map playing Headhunter, a mini-game within Reach’s multiplayer beta. I have to battle seven other avatars in order to get the most “skulls,” the currency peppered around the landscape. I use typical Halo weapons to kill my enemies (sniper rifle, Needler, plasma rifle) but I also find new weapons such as grenade launchers. Unfortunately, no new vehicles debuted during this beta session.

Gameplay feels fluid and rich, and every scene renders beautifully. As you might expect from a fast-paced first-person shooter, you die quick. You’re shot from all angles. But with the right weapons and stealth moves (and jet pack, if you’re lucky), you can maneavour away from enemy fire to find weak spots.

This multiplayer beta will soon be available to owners of Halo ODST. In the extras section of the game, the beta will be available on May 3. Microsoft and Bungie, the publishers of Halo Reach, will be asking early gamers for feedback to improve the game. 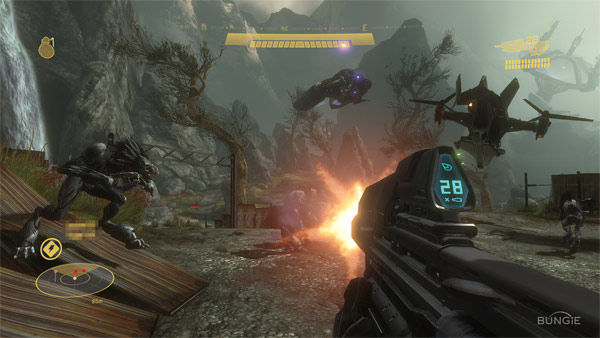 After 20 minutes of Halo Reach multiplayer, I let someone else have a try. I notice how much comarderie has already been developed by these journos playing Reach, a hallmark trait of Xbox Live’s appeal. Sure, you can play Halo alone but part of the fun is forming battle strategies with fellow Halo enthusiasts.

I wanted to learn more about what makes Halo Reach different than the other four Halo games released to the public. Jeff Rivait, Canada’s Product Manager for Xbox Games & Accessories, tried to reply as much as he could but he admitted he couldn’t reveal too many details about the final game. 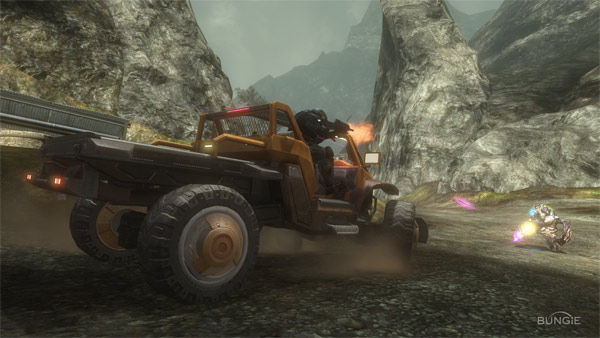 The major difference with Reach are the main characters. Instead of battling Covenant hordes as Master Chief alone, you are commanding the Noble Team of six avatars in Reach, Rivait says. He also mentions new armour and equipment upgrades available only on Reach, something many Halo hardcores will be hungry to get.

Six new weapons debut in Reach, including a grenade launcher and a plasma launcher. New vehicles also touch down in Reach, but Rivait was tight-lipped about what they can do. But he says the weapons have more heft and allow for more recoil. 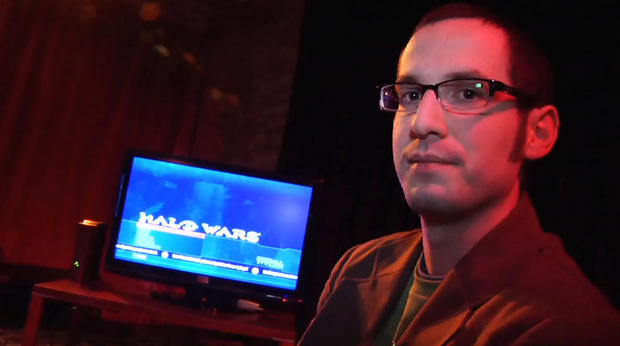 Rivait stresses how the game engine has been super-sized for Reach. This “brand new engine”, Rivait dwarfs its predecessors. “There is as many polygons in an assault rifle in Teach as there is in an entire marine in Halo 3,” he adds.

What about gamers who might be tired of all these first-person shooters trying to attract their attention?

“The Halo franchise is not just a shooter,” he points out. “Gamers have invested themselves in this world, this storyline. There’s so much backstory Halo really can’t be substituted for anything else.”