She acknowledged that Hurt by Paradise was a “really daunting and fulfilling experience.” “I was very lucky to be surrounded by such great character actors, such as Camilla Rutherford, Jaime Winstone, Veronica Clifford and Nicholas Rowe which helped relax the settling and get into character. It was a joy to watch them transport into their character,” she said.

On her favorite part of this film, she said, “It involved working with such a collaborative crew. We really wanted the crew to be able to feed into the creative making of the film and be able to say when they thought something could be better. Filmmaking can sometimes be very traditional, but the beauty of making independent cinema is that the process is a lot more lucid.”

“Also, I think having artist Robert Montgomery work on the film made the process much more personal. I was able to have an ongoing dialogue with him throughout the filming. Having his visual eye on the monitor was invaluable in creating a portrait of a melancholic London, almost like a painting. Seeing the world with a certain palate of colours,” she said.

On being an actress in the digital age, she said, “I think it is a really interesting time for women in film, more women are feeling inspired to produce their own films and tell the stories themselves. Filmmaker Jaclyn Bethany is someone who is really breaking away the stereotypes in the industry and someone I love working with.

“I also think we can be more creative in the way we make independent cinema. I just played the lead in the British comedy, Venice At Dawn directed by Jamie Adams, which we shot just before lockdown. We made the full feature in 8 days working mainly from a ‘scriptment’ which was part script, part treatment,” she said.

“The process of improvisation adds a certain amount of spontaneity and naturalism which can sometimes be missed in filmmaking. I found it brought me a lot closer to the character as I was thinking the whole time, both on and off camera how she might respond and act within the scenes,” she said.

On her daily motivations as a performer, she said, “I like the freedom performing gives you, so much of life is behind closed doors. I like the idea that you remove the walls and windows and are transported into someone else’s living room. Performing is like transportation, you hold a key to new worlds and new people and that you didn’t know existed yet.”

For young and aspiring actors, she said, “Find a community of people who share a similar vision and want to collaborate. Being an actor can be lonely and disheartening at times. But if you can find a way to stay creative and stay learning, then I think it takes a lot of the pressure away.”

When asked about her dream collaboration partners in acting, she responded, “It would be a dream to work with Gena Rowlands. I have huge admiration for her work as a actress and filmmaker. Her characters are always complicated and poetic. Joanna Hogg does a similar thing in her style of filmmaking, and would love to work with her. I am a big fan of her last film The Souvenir, which premiered at Edinburgh Film Festival the same time as Hurt By Paradise. It is a real masterpiece of a film and I cannot wait to watch the second part.”

Bellamacina defined the word success as follows: “finding comfort in the uncomfortable.” “I think a lot of creating is about making bold decisions based on reality and our place with in it. I think a successful film isn’t necessarily about the plot and the drama but the way it makes you reflect later on, just like life in the moment you rarely consider the scene, but days later conversations and people come back to you like movie,” she said.

Hurt By Paradise will be available to watch in cinemas on September 18. “Hurt By Paradise is a melancholic comedy about two women who can’t seem to get anything right. It is a snapshot into their lives and ultimately a love letter to one another. The film is as much about failing as it is about love, that in life failure and love are more connected than we realise. That in order to love you have to risk your heart every time,” she remarked. 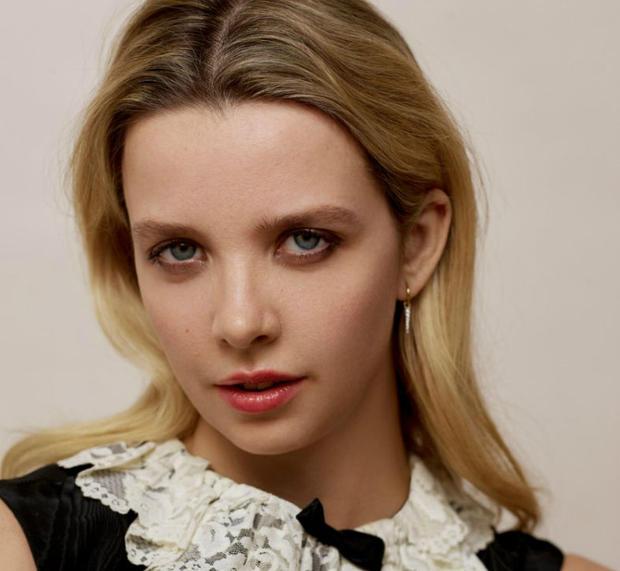