Zarian was just pre-nominated for a Daytime Emmy Award in the category for “Outstanding Performance by a Supporting Actor in a Digital Drama” for his stellar performance as Nate in the Emmy award-winning digital drama series, Venice the Series. “Earning that pre-nomination was really exciting. When I got that e-mail that I was pre-nominated in the Top 10, it was a fantastic day. Also, some peers called me to tell me that they were really proud of me. It was a dream come true since I was judged by my peers. To this day, I am still over the moon,” he said.

“I love the show since it’s very much a family. The fact that the show is a love story and also tackles the issue of bullying in Season 6 means a lot to me since I was bullied as a kid. I got to play the twin brother of the character I played in Season 5, both of whom were bullied,” he added.

“Crystal Chappell, the woman that created Venice the Series, is soap opera royalty,” he admitted. “I met her years and years ago at a wedding and when I met her I was tongue-tied. Venice the Series is great storytelling. As actors, we get to deliver some amazing messages. I’ve emailed Crystal a thousand times and I’ve told her ‘thank you’.”

He has a recurring role on the third season of the hit HBO series Westworld, in which he debuted in the third season premiere on March 15, and he will also be in the sixth episode. “It is super fun. It is amazing to be a part of the Westworld family and team,” he said.

On being an actor in the digital age, Zarian noted that “it’s the place to be.” “Everyone every day steals a moment,” he said. “You open your computer, iPad or phone and you want to escape for a second and that’s what I genuinely love about the digital family. It’s the place to go. People want to escape so I am proud to be a part of it. I am super fortunate and I work really hard.”

For young and aspiring actors, he encouraged them to go out and “do it.” “All we are doing is telling a story with another person’s words. It’s fun and it’s a blast. I wouldn’t do anything else,” he explained.

On the title of the current chapter of his life, he said tearfully, “Mom and dad, I am making you proud.”

Zarian defined the word success as “being humble.” “I don’t take any of this for granted,” he said. 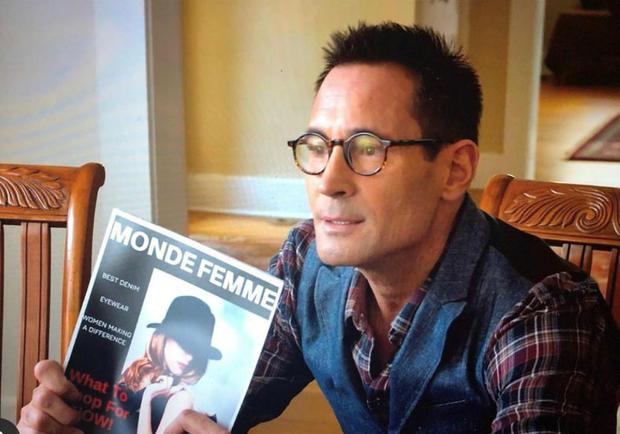