“It has been an incredible journey. It has been so much fun,” Marini said, about playing Ted on the hit NBC soap opera Days of Our Lives.

“What I liked the most about Ted is the fact that he is a hopeless romantic,” he said. “Ted had that weird, European thing in him. He’s a businessman that is very sneaky and he will do anything for money, on the other hand, he can be a hopeless romantic, and lose everything. It is interesting to see him doing bad things yet being romantic.”

On August 10 and 11, 2019, Marini will be a part of the Star Struck fan event in Tarrytown, New York, as part of “Summer Fever.” He will be joined by such fellow actors as Eric Martsolf, Freddie Smith, and Greg Rikaart. “This is cool because I have never been to Tarrytown,” he said. “The summer is very nice. It will be fun to meet other people that love the show. Some of the fans of the show have been watching it since they first learned to talk. This show has been a big part of their lives. It’s absolutely crazy.”

For more information on this Star Struck fan event in Tarrytown, New York, this August, check out their official website. 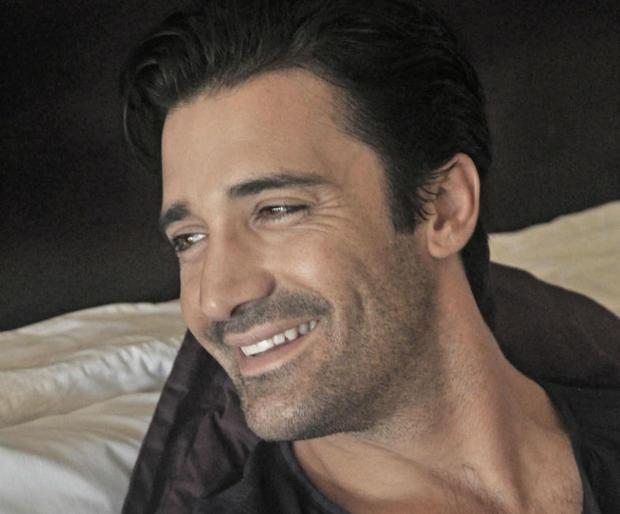 On being an actor in this digital age, Marini said, “The last time I shot film was on Brothers & Sisters, and during that show, we went from film to digital. That was one of the last shows to do so. I believe the digital format makes actors a bit lazier these days,” he said.

“In the soap world, it’s an enormous amount of work and lines memorization. We would film two to three episodes a day, and you would get one take to get it done. You need to do it well. The soap world is the hardest form of acting. It is not to be taken lightly at all,” he said.

“In the beginning, it was a reality check for me to memorize all those monologues,” he admitted. “It’s intense, I must admit. I was scared and worried. I admire all those soap actors with all my heart.”

Aside from the actors on Days of Our Lives, Marini praised all of the producers on the show, as well as the crew and staff (such as hair and make-up artists) for their hard work, many of which are there before the actors come in and they stay on set after the actors leave.

He is proud of his Greek heritage, his mom being half-Greek (from Athens, Greece) and their family name is Galises. “My mother is the Greek goddess of our family,” he said.

Marini defined success as “being able to love and enjoy your time with your family.” “Success is being able to live in harmony with the people you will live with. Success is in your heart, and it is in the eyes of your children,” he added, prior to nothing that success does not necessarily have a monetary value to it.

For his Days of Our Lives fans, he said, “I love the fact that they are so resilient and passionate about something that was created a long time ago. After a couple of seasons of any modern show out there, people get bored watching it. Days of Our Lives has been around for over 50 years, and some people have been watching it all of their lives. It’s phenomenal and it deserves all of its worldwide success.”

In this article:Actor, days of our lives, Gilles Marini, Nbc, tarrytown