Last year, more than a decade of thrilling adventures, epic victories and heart-wrenching defeats came to a head with the release of Marvel’s Avengers: Endgame. Fans frequently point to the moment when the reunited — and in some cases resurrected — superhero team assembles for the final battle as one of the most moving and triumphant scenes in the MCU’s history as it finally brought all our beloved heroes — big and small — onto a single battlefield. After this moment, we bid farewell to some characters and awaited meeting others again as they embarked on new journeys. But in this world, it’s never really goodbye. Obviously, watching everything on a screen keeps fans at arm’s length from these personalities and their painstakingly detailed armoury. Thus, Marvel Avengers S.T.A.T.I.O.N.: The Experience is travelling the world to bring admirers closer to the action.

This exhibit is currently embarking on a two-month stay in Toronto at Yorkdale Shopping Centre. From November 20, 2020 to January 31, 2021, guests at the Avengers’ Scientific Training And Tactical Intelligence Operative Network (S.T.A.T.I.O.N.) will journey through an advanced, multi-room training facility, where they receive unprecedented access to the most sensitive intelligence and cutting-edge science behind the Avengers. After completing their training, they become integral members of the Avengers S.T.A.T.I.O.N. and take part in a battle against one of the Avengers’ enemies.

Marvel enthusiasts will have the opportunity to book a timed-entry ticket to visit the intricately curated exhibit filled with props and costumes actually used during the films’ productions. Within the 25,000 square foot space are rooms dedicated to individual characters like Hulk and his full-sized hands, Iron Man and a 3.5-metre-tall Hulkbuster, and Thor and his immovable hammer. Others collect multiple characters like the Captains America and Marvel or the Villains area where you’ll find a life-size version of Thanos. One of the most distinct rooms is the Toronto-exclusive exhibit dedicated to Black Panther, which currently has the only display of the Wakandan hero’s copyrighted uniform. 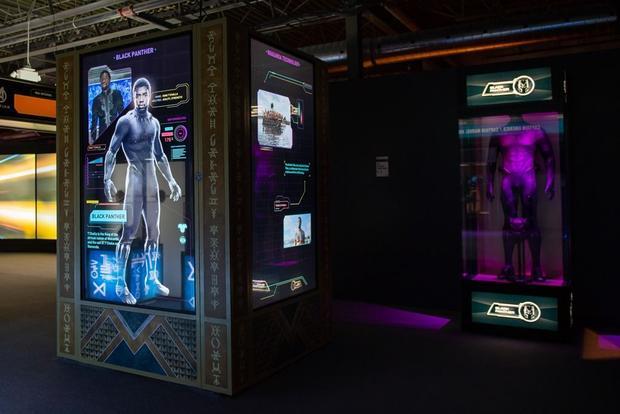 “The Avengers movies were game changers, and this exhibition will give everyone a chance to extend and personalize their experience with this iconic franchise” says Gilles Paquin, CEO of Paquin Entertainment Group.

There are also multiple ways to interact with the exhibition, either hands-free or with the sanitized stylus lent to guests upon entry. After a green-screen photo op, teams are taken into a room for a special recruitment message from a S.H.I.E.L.D. agent, broadcast via screens around the entire space to aid in social distancing. There’s a Hulkbuster simulator reminiscent of the new Avengers VR video game, a chance to take a photo with Captain America’s shield, a couple of opportunities to help defeat Ultron’s army, and a speed challenge to match MCU heroes to their weapons. 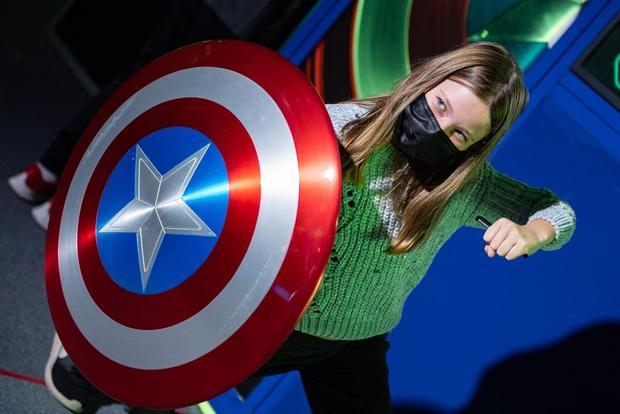 “The interactive experience is an absolute blast for fans of the series. The games will give them a chance to feel like a member of the Avengers team” says Ron Tan, Executive Chairman & Group CEO of Cityneon Group, Victory Hill Exhibitions’ parent company.

As the exhibit opens during an upturn in positive COVID-19 cases across the province (country, world), guest and staff safety were of the utmost importance. In consultation with health officials, special health and safety considerations were made for the Canadian opening. In addition to an HVAC system twice as powerful as required, the entire venue is sanitized with industrial foggers two times a day. There are also “agents” stationed around the exhibit to clean any surfaces that guests touch and numerous hand sanitizing stations. In addition, special arrangements are offered to those with medical conditions that prevent them from following the mandatory mask policy. More about their health and safety measures is available on their website. “With our 25,000 square foot venue, you will be able to safely explore the exhibit in a socially-distanced setting,” says Paquin.

Tickets for Marvel Avengers S.T.A.T.I.O.N. Canada are available online now, while the retail store with exclusive and limited-edition merchandise for the Toronto exhibit is open to the public daily. 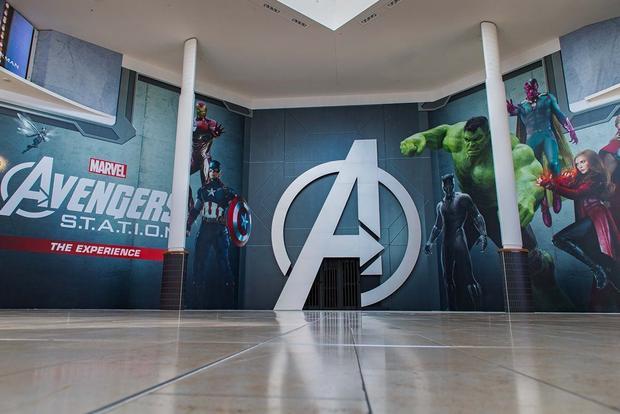