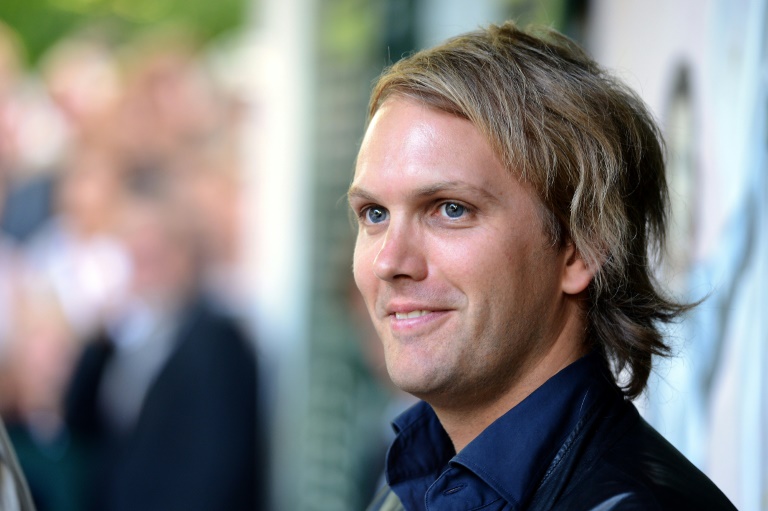 His plays have been staged in more countries than any French writer of his generation, and with his first film up for six Oscars, Florian Zeller looks set for still greater success.

At 41, Zeller has already had a glittering career, described as a “genius” by Le Figaro and “the most exciting new theatre writer of our time” by The Guardian.

In Britain, he is compared to one of his heroes, Harold Pinter, and in France, to his most fabled of predecessors.

“He is a child of Moliere,” said French actor Pierre Arditi, who appeared in two of Zeller’s plays, “The Truth” and “The Lie”.

“When we read his plays, we think that it’s simple but it’s much more complex, and that is what defines a great writer… He’s a young surgeon of the human soul.”

But it was in creating a film adaptation of his most successful play, “The Father”, that Zeller achieved one of his most cherished dreams: to work with Anthony Hopkins.

“I consider him the greatest living actor, and had the feeling he would be particularly powerful in this role,” Zeller told AFP.

“When I spoke to friends about it, I felt they were smiling politely when I said I could work with Anthony Hopkins, but I was stuck on the idea and until something is proved impossible, it remains possible.”

When they finally met, Hopkins already knew the play thanks to its Tony-winning Broadway production, and agreed to take on the gruelling part as an elderly man suffering dementia.

The partnership has proved a huge success, with Hopkins winning best actor and Zeller best adapted screenplay at Britain’s BAFTA awards this month. They are up for the same awards at the Oscars on Sunday.

Already a household name in France thanks to a series of novels, the first published when he was just 22, Zeller fell in love with theatre after iconic French author Francoise Sagan recommended him to a director.

“The French stage was a marvellous destination and a dream,” he told AFP. “But it was when my plays were staged in London and had a big success, with three at the same time… that’s when they started being picked up in Asia, Latin America and the US.”

They have now been performed in more than 40 countries, and won awards from Tokyo to New York.

It perhaps made sense that Zeller, who considers Pinter a “major inspiration”, made his mark in England.

“There is something that is close to the British soul in my work, where the subtext is as important as the text, where the apparent simplicity of the language hides powerful hidden currents that can be quite violent,” he told AFP.

He went further at the BAFTAs, saying: “I’m French, as you can hear, but in my heart I’m English.”

Christopher Hampton, Zeller’s English translator and a renowned playwright in his own right, says it was nonetheless tough to get backing when they first tried to bring “The Father” to the British stage.

“It wasn’t easy to get the producers to believe this was the kind of play people would want to see,” Hampton told AFP.

They got a short run in a small Bath theatre but despite strong reviews, still struggled to have it taken to London, only getting slots at smaller theatres before finally transferring to the West End.

“Even then, I think they took the theatre for only eight weeks… and what happened was that it was so sold-out that they had to take another run,” said Hampton. “It was a run-away success.”

The play was inspired by Zeller’s own grandmother, with whom he was very close, and who began suffering dementia when he was 15.

It has led to a trilogy, with “The Mother”, which starred Isabelle Huppert on Broadway, and “The Son”, which is also being turned into a film this summer starring Hugh Jackman and Laura Dern.

“I think he is very important playwright,” said Hampton. “His work connects directly with audiences in a very powerful way.”