He has been eligible for this prestigious nomination since 1996. He is the pioneer of Afro-Beat. His innovative music, revolutionary messages, and generational impact continue to represent the indomitable and evolving spirit of rock and roll. Even 24 years after his death, his music and influence are as relevant as ever.

As of February 19, Fela Kuti is leading the fan vote, with Tina Turner in second place, Foo Fighters in third place, Iron Maiden in fourth, and Carole King, rounding out the top five fan votes.

He was a Nigerian multi-instrumentalist and a trailblazer of the Afro-beat genre. This iconic artist was able to fuse music and politics to become a singular global revolutionary voice.

In 1961, while he was studying music in London, he formed his first band, Koola Lobitos, and subsequently became a fixture in the London club scene. He later toured America, where he was influenced by R&B/soul and funk legends James Brown and Sly Stone.

Kuti was a true musical architect who was able to blend elements of traditional West African highlife, jazz, and soul music and declared this rhythmic hybrid as Afro-beat.

To cast your fan vote for the Rock and Roll Hall of Fame, click here. 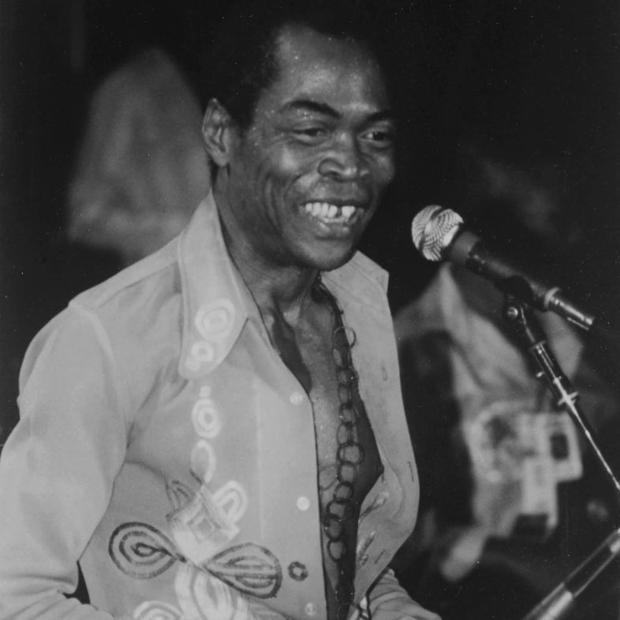