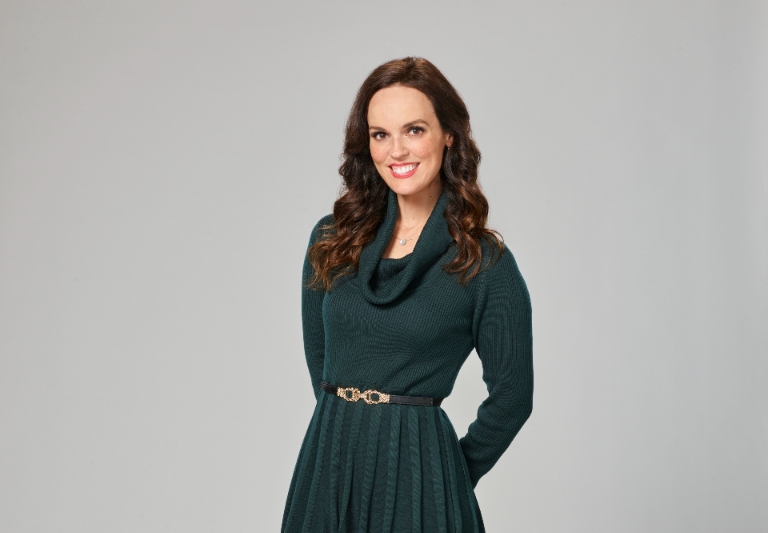 Actress Erin Cahill sat down and chatted about her career in acting, the digital age, and her proud moments.

She is known for her acting work in “Power Rangers Time Force,” “How I Met Your Mother,” “Saving Grace,” as well as many Hallmark films.

‘Love on the Road’ on UPtv

Cahill had great words about working with fellow actor Jesse Hutch in the film “Love on the Road” on UPtv.

“Jesse Hutch is such a gift, he is such a very giving actor and human,” she exclaimed. “During the filming of that movie, I had just lost of my best friends so he was a shoulder to cry on, and he was a source of strength. I couldn’t have wished for somebody better to work with.”

She also had nice words about working with rising young actress Mila Bursac. “Sweet Mila, she is so excited, talented, and new. She was excited and it was such a treat to show her some of the ropes, but to see her excitement was so much fun,” she said.

On being an actress in the digital age, she said, “It is so different from when I first started in this industry. It is a whole different beast so it’s a gift because there are more opportunities but now it’s wilder because you have more A-listers on the streaming platforms. It’s a double-edged sword.”

Regarding her career-defining moments, she shared, “I started acting when I was four because my mom wanted me to do it and it turns out that I loved it. That was a special moment since that was what I wanted to do for the rest of my life so I am very grateful for that.”

“Also, getting cast as Jen Scotts in ‘Power Rangers Time Force,’ which was in Season 10, was really what started it off for me,” she added.

If she were to have any superpower, she noted that it would be something that would “help people” such as the ability to make clean water, cure disease, or make food.

On the title of the current chapter of her life, Cahill said, “Being here while moving onward and upward.” “It’s a work in progress but it captures where I am at. I am trying to be present as much as I can. Growing, pushing, and working,” she said.

Cahill listed Dame Judi Dench as her dream acting partner. “Judi Dench is at the top of my list, I just think she is a queen, she is from another planet,” she admitted.

Regarding her definition of success, Cahill remarked, “Success is being truly happy and feeling abundant regardless of any physical circumstance.”