In January of 2019, Asner will be starring in the show The Soap Myth, opposite veteran actress Tovah Feldshuh. “It is one of those rare stories that you don’t hear much of these days,” he said. “The little person saving a campaign and influencing the fishing sources in the campaign. It’s a great story, and it’s an ugly story. In its weird way, it has a happy ending.”

He complimented his acting partner Feldshuh for being “a dish.” “Tovah has a tremendously important role in this play,” he said.

On January 23, they will be performing The Soap Myth at B’nai Jeshurun in Manhattan, and on January 28, they will play at the Center at West Park in New York; furthermore, on January 29, a performance of The Soap Myth will take place at the Suffolk Jewish Community Center in Commack, New York.

Asner just wrapped up shooting the new Netflix series, Dead to Me, where he worked with actors James Marsden, Christina Applegate, and Linda Cardellini. “Dead to Me is beautifully written and it is well-acted with Linda, Christina, and James,” he said. “I had little or no effect on the course of the series. I really wasn’t integral to the plot at all. I do nothing in it.”

The iconic actor revealed that he is taking his one-man show, A Man and His Prostate, to the British Isles. “I’m a spunk dealer,” he said.

Asner noted that he saw the movie Vice last night, which was produced by Brad Pitt. “Adam McKay had his finger in it,” he said. “Will Ferrell once again had his sticky fingers in the plot.”

Speaking of Will Ferrell, he praised him for being “brilliant” in the classic film, Elf. “Will influenced my every move,” he said, in the same film where Asner starred as Santa Claus. “I’m the definitive Santa Claus,” Asner said, and noted that when Elf is on television, he still enjoys watching it.

For aspiring actors, Asner’s advice is as follows: “Load up on food. Get a cold cellar and keep it well stocked. Become the star, and then become your own producer. Produce your own material. Will Ferrell has done a great job of doing that.”

Regarding the impact of technology on the entertainment business, Asner said, “It is scaring the hell out of me. I give the streaming services high credit for the quality of their work.”

Asner continued, “What Netflix, Amazon, and Hulu are doing is marvelous. It is nice to welcome titans that you know. I hope the streaming services last and I hope they profit.”

He shared that he uses hard copy versions of scripts as opposed to digital ones. “I’m a simple soul,” he said. “Hard copies are easier for me to figure out.” 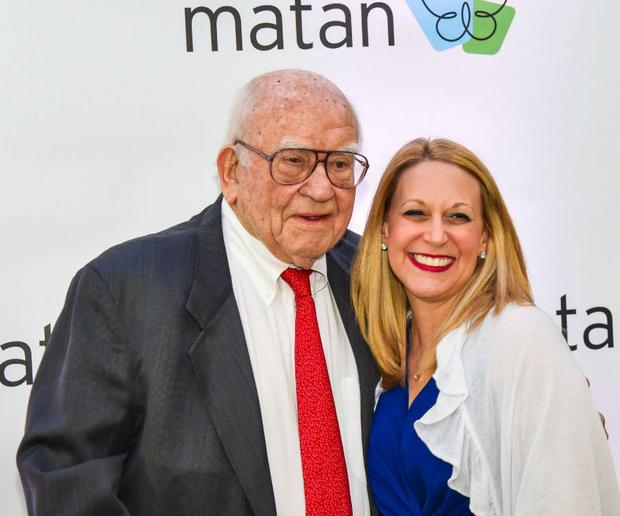 On May 8, 2018, the national Jewish special needs education nonprofit organization, Matan, honored Asner with their “Community Impact Award” in New York City. “Matan was great,” he said. “I don’t relish these things enough. I need to.” 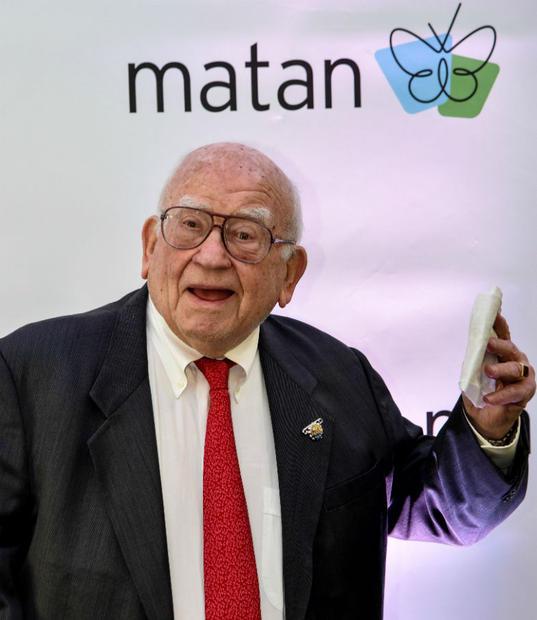 When asked about how Betty White is doing, Asner responded, “I don’t know. I haven’t heard any word.” Asner did compliment her for being the “Viking princess.”

Asner furnished his definition of the word success as “paying your bills.”

A screen and television living legend, Asner is for such roles as Lou Grant in The Mary Tyler Moore Show and Lou Grant, Santa Claus in the comedy Elf. Throughout his illustrious career in acting, Asner has won seven Emmy awards and five Golden Globe awards. In 1992, he earned his star in the Hollywood Walk of Fame, and four years later, Asner was inducted into the coveted Academy of Television Arts and Sciences Hall of Fame.

In this article:dead to me, Ed Asner, elf, matan, tovah feldshuh