On the inspiration to write the book, The Grouchy Historian, Asner said, “I was busy with Ed. Weinberger doing his one-man show, which is beautiful. It is called ‘A Man and His Prostate.’ We have been doing it for a while, and he told me that he started to write The Grouchy Historian and asked me to contribute, and I tried. I learned with him, along with The Constitution, how to put down the yahoos that claim its theirs. Ed. Weinberger has been a tremendous boost to my career. I owe him a lot.”

When asked if he will be coming to the New York area, he revealed that he will be performing at Hofstra University on February 1, 2018, as part of “The Soap Myth.” “It is a wonderful play on The Holocaust. We are rehearsing it in New York, and we are taking it to Florida for three performances there,” he said.

Throughout his illustrious career in acting, Asner has won seven Emmy awards, which is the most awards in the history of Primetime Emmy Awards. “That felt full-chested,” he said. “I am very proud, but that was a very long time ago.”

For aspiring actors, Asner offered the following advice: “Learning everything you can about the business. If you can’t get a job as an actor, you can shoot film or fix clothes or be an extra or a stunt-man.”

On his proudest moments, he said, “My four kids made me very proud all the time! I am very proud of them, and the next job I get will make me proud.”

For Asner, it was a “superb” experience to be on the Mary Tyler Moore Show. “It was my finest moment,” he admitted. He shared that he loved the photo of Mary Tyler Moore, which featured the late actress holding the cat, in the New York Times this past weekend. “That was a wonderful photo of her in the magazine section. I love that picture,” he said. “That cat made her look good. She didn’t need the cat to make her look good, but it helped.”

He defined the word success as the ability to pay his bills. For his dedicated fans, Asner concluded, “Thanks! May I never disappoint you!”

The Grouchy Historian is available on Amazon. 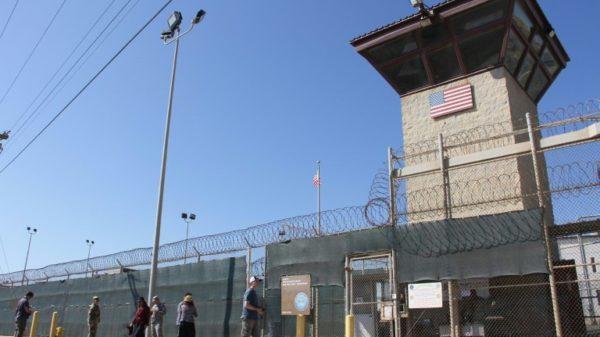 One of the last Afghan detainees held inside the Guantanamo Bay US detention centre in Cuba has been freed after 15 years.