On his show dates for 2020, he said, “My old manager and I talk about the journey of The Straits from the beginning to the end with a lot of music that covers all those different periods, semi-acoustic with members of my touring band.”

Regarding his New Year’s resolutions for 2020, he said, “I seem to have many things I want to expand. Not just with music but with my art so I have been busy painting recently while the weather has been bad to push things along.”

On being an artist in the digital age, Illsley said, “It feels just fine but I admit I need some help to coordinate all the different avenues of communication.”

Illsley noted that lately there is a resurgence of vinyl. “Well, vinyl has become fashionable again as it has a certain mystic element to it, you have to acknowledge the past to understand the present and the future,” he said.

On the title of the current chapter of his life, he said, “I’m Coming up for Air.”

Regarding the best advice that he was ever given, he said, “The advice I would’ve given myself would be to not always take the safe predictable path.”

For his fans, he concluded about his upcoming tour dates, “You might enjoy learning something about the rather strange world of a successful rock and roll band.”

To learn more about John Illsley of Dire Straits, check out his official homepage. 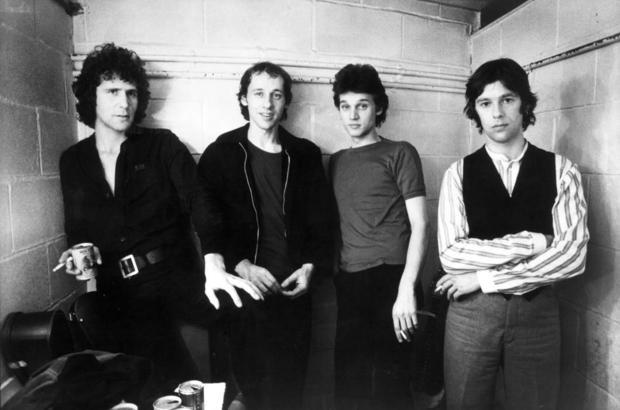