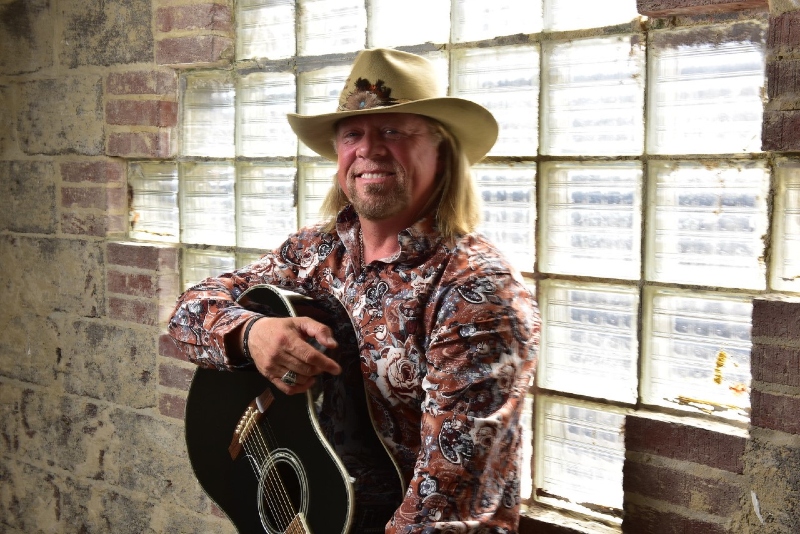 In recent years, the musician known for a being a bit of an outlaw counts his BLESSINGS every day. In fact, Cody McCarver released a faith-based album in 2019 called BLESSINGS. He brought in his longtime friend John Schneider to sing a duet titled “These Hands” The song went to #1 on the Inspirational Charts. “We felt like that collaboration was something special, and would really speak to people. Thankfully, the fans agreed.”

Years prior, McCarver spent over a decade riding high on the country music charts, scoring hit after hit, but eventually decided he needed a shift in life, to pursue his own personal salvation. The Prodigal Son returned home in the peaceful hills of Dunlap, TN to rediscover the basics in life. It’s where he grew up playing piano in church on Sundays and singing gospel music.

McCarver reconnected to his spiritual roots and became inspired to start performing both country and faith-based music. That lead to him creating his own unique brand of “Outlaw Gospel” music.

Somewhere on that journey of redemption, McCarver ran into John Schneider at a radio seminar. He’d known the entertainment legend for years. Soon after reconnecting, John along his wife (who’s also his manager and producing partner), Alicia Allain, invited McCarver into their world of making music and movies.

Keith Burns from Trick Pony was also brought into the mix around that same time, and soon they were off to the races, literally, performing at racetracks and venues around the country.

Lately, McCarver has gone from performing music to “basically being himself on camera” as he was cast in two of Schneider’s latest movies. The singer turned actor plays a trucker named Roy aka Frosty, costarring with Schneider for two nostalgic rides back to back.

The first project was Stand on It, released in 2020 (a tribute to Smokey and the Bandit) and now they have the sequel Poker Run, which again takes audiences on an even bigger adventure. “My character in both films pays homage to Jerry Reed, while John’s role salute Burt Reynolds and his character. He wrote these movies in such a way that it works. He and Alicia weren’t trying to remake the originals. But, we’re celebrating them.”

Both projects have been well received by audiences, with plans for another to start filming this year. Between concerts and writing music, the outlaw gave us some insight into his creative drive.

Cody, the world came to know you during your time with Confederate Rail Road. How did all of it begin?

I grew up in the same area with the guys from the band when it was called Crossroads. I was and am a huge fan. When offered an opportunity I jumped.

Tell us about when you first heard one of your songs on the radio. The first time I heard a Cody McCarver song on the radio was on WUSY US101 Chattanooga TN. The song was “Red Flag”, which went on to be my first Top 20 and Top 40 record on Billboard. It was a #1 video on CMT for 10 weeks. I’ll never forget it. I was at home in Dunlap TN. My father was in prison but in the listening area of the station. Him and the guys in his prison unit got to hear it. The D.J. actually gave a shout-out to “Bill” my dad and all the guys at the prison. It was pretty moving.

Explain to us what it’s like to go solo after you’ve been part of a band for so many years.

Kind of nerve-racking… it went from being able to lean on other guys and not being the frontman to all eyes on you. So having a bad show was out of the question. The big thing was re-meeting all of country radio again and hoping they like your song.

You talk about how reclaiming your faith has played a big part in keeping you on track in life. Can you explain the biggest differences in Cody before and after?

The biggest difference between before and after is my heart. I was most interested in myself and becoming as BIG as I could be in the music industry. I was an alcoholic on top of being self-centered. God is love and I was missing the love part.

My faith and belief in God has spawned four Outlaw Gospel albums and a ton of ministry opportunities. BEFORE… I was bitter toward religion and church and church people. Now I’m a church people. [laughs] If you want to hear God laugh? Tell him your plans.

How did you meet John Schneider and his wife Alicia Allain?

I’ve known John for over 20 years. Five years ago, we ran into each other at Country Radio Seminar in Nashville at The Omni Hotel. We sat down and began to talk… catch up so to speak. He invited me to sing at his church service at Bo’s Extravaganza. I said, “Absolutely”. I love John like a brother now and Alicia calls me the brother she wishes she’d never had. [laughs]

You and Schneider seem to have great chemistry on screen and on stage. Looks like you all are having an incredible time!

Alicia calls John… “Her forever 4-year-old”. I’ve never met anyone with their energy and love for people. To me, John is 19 years old, all day every day. When we are performing, it’s like a bunch of kids on stage having fun, like a really great high school garage band. Some of the best times I’ve had is when we’ve played in prisons…like Angola. Seeing the response from the audience is the best.

How did the two of them go about asking you to co-star in Stand On It and Poker Run?

We were doing a show in Franklin TN. John says to me, “I’m doing a movie, I would like for you to be a part of it.”

I was speechless…so I asked “Uh …what’s the movie?” He said that basically, it’s Smokey and the Bandit…I was like…”Wait, what? That’s the greatest movie ever made how do you do it better?” And who would I be in the movie?” He said, “Jerry Reed.” [laughs] He said, “Read the script and you’ll get it.”

I read it…thought it was brilliant and the only actor on planet earth that could do it and pull it off was John Schneider. I was and am so honored. So now my name is “Roy/Frosty the You Know What”.

How would you describe the two movies and the kind of feedback you’ve gotten?

Southern Horsepower comedy at its best… I LOVE those movies like Gator, Cannonball Run, Smokey, and the Bandit. I’ve seen them all and multiple times. John was born for this type of film.

I’ve said many times that there is no other actor that could pull it off. People miss those types of movies and it’s obvious by the number of people, who are watching Stand on It and Poker Run. I’ve written some of and produced all the music, which is a BLAST for me. Now, I’m 19 again and loving it.

What are some upcoming projects you’d like to tell us about?

Working on writing for a new Cody McCarver album… Country/Outlaw Gospel and writing music for a new movie. We’re also working on a TV show called Your Community.

To learn more about Cody McCarver, visit his official website.