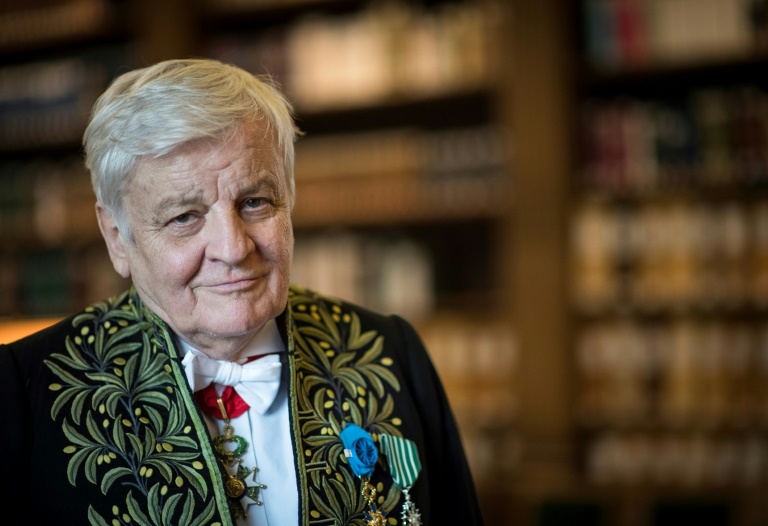 French actor and filmmaker Jacques Perrin, who starred in dozens of films including “Cinema Paradiso” and “The Young Girls of Rochefort” and co-directed “Winged Migration”, has died at the age of 80, his family told AFP.

“The family has the immense sadness of informing you of the death of filmmaker Jacques Perrin, who died on Thursday, April 21 in Paris. He passed away peacefully,” they announced in a statement sent to AFP by his son, Mathieu Simonet.

Equally at home in French and Italian cinema, Perrin got his first leading role starring alongside Claudia Cardinale in “Girl with a Suitcase” in 1961.

Familiar to cinemagoers for his grey-to-white hair and soft voice, Perrin was frequently cast as a military officer and was known for “The 317th Platoon” in 1965, “Drummer-Crab” in 1977 and “A Captain’s Honor” in 1982, all three directed by Pierre Schoendoerffer.

He also starred opposite Catherine Deneuve in the Jacques Demy musicals “The Young Girls of Rochefort” and “Donkey Skin”.

Among his best-known later roles, Perrin played the adult filmmaker Salvatore reflecting on his childhood in the Oscar-winning “Cinema Paradiso”.

Perrin was also co-producer of some 15 films, including “Z” (1969), which won Oscars for best foreign picture and best film editing, and “The Chorus” (2004), directed by his nephew Christophe Barratier.

The latter was a big hit in France, selling 8.6 million tickets at the box office.

Perrin’s final film role — in the environmental thriller “Goliath,” released in March — reflected his deep interest in the natural world.

A committed conservationist, he co-produced several documentaries, including “The Monkey Folk,” “Microcosmos” and “Himalaya”.

He later also co-directed others including the Oscar-nominated “Winged Migration” (2001) and “Oceans”, which won the Cesar for best documentary film in 2011.

“He is one of the most subtle, most interesting French producers,” “Z” director Costa-Gavras said on franceinfo, saluting the memory “of a man of great curiosity and also of extreme kindness”.

“I admired Jacques Perrin, and then I had the chance to shoot him, his talent, his availability, his kindness meant that after filming I admired him even more,” Xavier Beauvois, who directed him in “Le Petit Lieutenant”, said on Twitter.

His roles as a soldier in Schoendoerffer’s films also prompted tributes from the military.

“The 317th section has lost its leader. The armies salute the memory of Jacques Perrin, an emblematic figure of French cinema to whom we were intimately linked,” tweeted the French army chief of staff General Thierry Burkhard.

The Foreign Legion also hailed him as “a great name in cinema, a personality of great humility”.