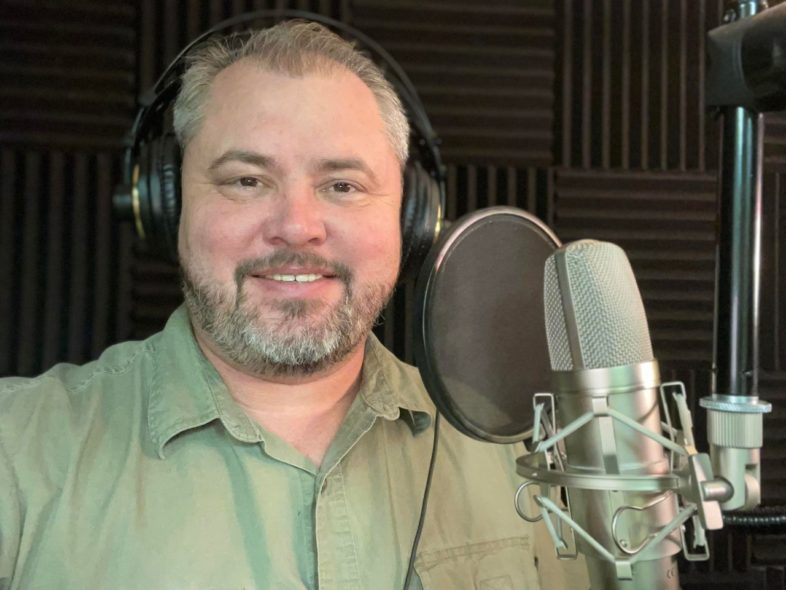 Texas TV show host and country artist Bob Mauldin chatted with Digital Journal’s Markos Papadatos, who caught up with the Renaissance Man, who may journey far and wide through his work on TV and stages, but always comes back home to East Texas.

He’s a singer-songwriter, and still, Bob Mauldin does even more. The East Texas creative has the kind of talent that can not be contained to a specific career path.

For over 10 years, he’s beamed into thousands of homes as host of Expedition Texas, a syndicated TV program that takes a historic look at places and people around the great state. AND yet, there’s another TV show he created, which stars Mauldin as his alter ego, Halloween Harvey, a spooky host, who reviews B – Horror Flicks. The program has become a fan favorite on Retro TV and developed a devoted following.

Mauldin has been sharpening his broadcast skills, since the mid 90’s, when he went to work as a DJ at KNUE 101.5 FM, a top-rated country station for many years in the East Texas Market. That job eventually lead to Bob running his own radio station, as program director. But, while he was playing other peoples’ music, Mauldin knew he had his own stories that he wanted to tell through singing and songwriting.

In 2001 Bob recorded a song called “Baby”, which started getting played by a popular DJ; Tom Perryman, a Nashville broadcast legend, who was working back in Texas, celebrating local music. When the song started getting exposure, it lead to Bob being booked in venues and opening for country music legends like Hank Thompson, Tony Douglas, and Eddy Raven.

A couple of albums in between and suddenly Bob was signed to an independent record deal in 2011. He put out “Van Zandt County Line”, which included a single with artist Billy Joe Shaver, called “Ride Me Down Easy”. Mauldin says, “It was great working with one of my heroes, and then to know the song got a lot of air play was incredibly rewarding.

He released the album “Summer Days” in 2019, which was compiled of music that embraced the major changes taking

place in Mauldin’s life at the time. The project was a combination of inspiration, grief and reflection.

Fast-forward to 2022 and Mauldin is releasing his latest work in the form of “Colfax 85”, where he’s taking audiences back to where he was raised and celebrates the people who raised him. He pays tribute to the family and community that shaped his view of the world.

Bob, tell us what inspired the name of this album.

Colfax is a little community in Van Zandt County where I grew up. A lot of the stories on the album grew out of ideas planted there around that time…1985. A lot of who I grew up to be, came from that place.

Elaborate a bit on the theme of the project.

It’s about home and family. This album is overall pretty positive and I’m writing for fun again. I’m pleased with the mix of songs and the fact that I played most of the instruments, with the exception of steel and banjo. There are more stories on this album and a whole lot less heartbreak. It’s reflective of a very happy place in my life right now.

What genre of music would this album fall under?

Definitely country… as defined by who? I don’t know. It’s my idea of country music.

It’s been a few years since your previous album. What made you decide it was time to record another?

I had never quit recording after “Summer Days” (2019) and there are some songs recorded for that album that I still haven’t released. They are songs that I really liked, but they didn’t fit the direction I wanted to

move in for this album, so they’ll stay on the shelf for now. I wanted to go in a more authentic direction for this one and give folks a more stripped-down version of my music. It’s not acoustic or anything… it’s just more about the basic original feel of these songs and I didn’t want to get carried away with production. Because I played most of the parts, it took nearly three years of on and off recording to get a complete album.

How’s this album different than your previous work?

Maturity, I think. One of my first albums was recently reissued and I listened back to the songs and the way I expressed myself then. I can hear a difference not only in the words to the songs but in the choices of arrangement.

How many of the songs did you write or co-write?

I wrote everything on this one, except Far Side Banks of Jordan by the great Terry Smith, Wanted Man written by some dude named Bob Dylan, and Little Bird by the late, great Jerry Jeff Walker.

They come in all different ways. Songs like You Still Drive Me Crazy – in my sleep. Woke up with the whole song playing in my head and I had to learn how to play what I heard. Others came from a desire to tell a story of someone important to me. Cuthand Kid was about my grandfather and his younger days in a little place called Cuthand in Red River County, Texas. Rena Bell Blue is about the color of my grandmother’s eyes.

Others are just songs that I thought people would like. Folks who have heard it, really love Texas In A Chevy and it came from wanting to write a song about this beautiful place I call home. There’s no set process for writing. I don’t just sit down with a pen and paper and plan to write. They come to me and I just listen to what’s there and make it happen.

I have dozens of little voice recordings on my phone from an idea that popped into my head at a random time and I would sing or hum it into my phone so I could remember it for when I actually had time to write it.

You’re a TV Host and producer, having created several shows. You’re also a singer-songwriter. Which is most challenging?

Tell us about the tour for this album you’re lining up.

I’ve put together a band of folks I’ve worked with before, who I’m very excited to perform with. There are new folks coming along for the ride as well and I can’t wait for y’all to hear them play. I really think we’re in for a treat. The shows will feature most of the songs from the album, the best songs from previous albums, and a few old country tunes people know well.

At some of the shows, I’ll have some guests. My songs and my father sang with me on “The Cuthand Kid” so where they feel comfortable, they will join me on stage. My son Clay is a great little singer, so he’ll sing with me on that one and on “Far Side Banks of Jordan”. My wife, Tessa sings with me on “Little Bird”, so I’m going to try to coax her onto the stage here and there, too.

What’s the best part about performing?’

When it works. There are times when you play venues where the people come there to hear the music. They really want to hear what you have to say and listen to every word. Those times, when the band is really in the groove are the best. It makes what I do very rewarding.

To learn more about Bob Mauldin, visit his official website.