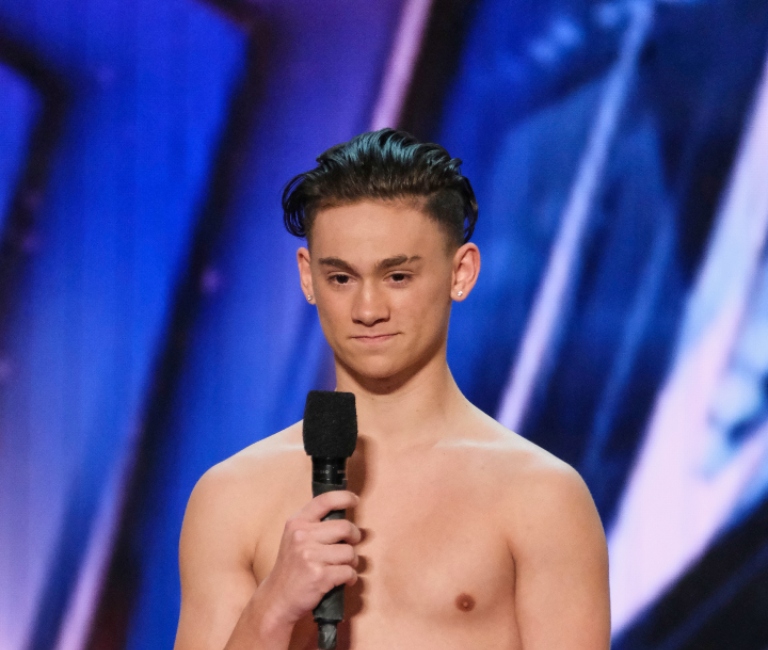 Teen aerialist Aidan Bryant chatted with Digital Journal’s Markos Papadatos about his experience in the reality competition “America’s Got Talent” (AGT), and he shared his inspirations and future plans.

He is in the Top 36 and will be competing in the live quarterfinals on Tuesday, August 17, which will be televised on NBC. “It’s unbelievable. It’s crazy to me that I’ve made it to the second round,” he said. “I just need to keep showing more and more. I have to take it up a step higher. I’m a little nervous for Tuesday because nothing compares to a live audience and live TV.”

Originally from Prince George, Virginia, Bryant was able to wow all four AGT judges with his remarkable audition. Particularly impressive about Bryant is that he is self-taught, and he was inspired by pop star Pink; moreover, he himself aerial routines via YouTube tutorials. “I am completely self-taught, I never did dance or gymnastics,” he said.

“AGT is a new beginning for me and I hope to be able to step it up further, and I hope I can go somewhere with it,” he said.

On his daily motivations, he said, “It’s really fun for me. It’s neat to do all of flipping, spinning, and flying. I really want to have good lines and good posture when I am up there, so that’s what I strive to have.”

For young and aspiring aerialists, he said, “You can teach yourself but look at other videos, and you can easily get to where I am at.”

He opened up about the strong bond that he has with his mom, who is his biggest supporter. “My mom has been there a lot and she pulls me up with the lawnmower so that I can go up and down. She bought me my first silk,” he said.

Bryant shared that the COVID-19 lockdown last year gave him plenty of time to practice his aerial routines. “I have been practicing really hard,” he said. “I developed a lot of skills over the past year. I’ve used different apparatuses, I bought new ones, and came up with more moves on them and everything.”

He feels privileged to be an entertainer in the digital age. “I love being able to perform, and technology is good since I am able to reach more people through social media and I can show my talent to them,” he said.

His future goals are to someday perform on a stage somewhere. “It doesn’t have to be in Las Vegas,” he said. “I just really want to have a stage act of my own, and to get to perform in front of thousands of people.”

Bryant defined the word success as making a living doing what he loves, and that is performing.

For his fans, Bryant concluded, “Thank you and vote for me for August 17. Thank you for sticking around and for following me in all this.”