Former U.S. Army general and former Secretary of State Colin Powell once said: “A dream doesn’t become reality through magic; it takes sweat, determination, and hard work.” Steven Cuoco is such an individual.

Cuoco has been in the media and PR industry for 28 years. On the key to longevity, he responded, “Honesty, transparency, and not making it all about yourself. I have found that most public relations so-called experts claim to make it about their clients, however, it’s not the truth.”

“You can’t make it all about the money and yourself and not be held accountable to meet the standards and expectations your clients have. It does depend on what the terms and conditions are and agreements between the public relations representative and their client,” he said.

He continued, “Oftentimes people come to me because they felt that they were not heard and understood and that they were treated as another number for the agency or representation to have on their roster while paying for a service that did not meet their expectations and the promissory note.”

“Also, another huge problem about what most talent experience is the lack of follow-up and communication. I am very well known to be exceptional at communicating and holding my clients accountable that communication goes both ways,” he explained.

“It’s believed that public relations are hired strictly for media placement,” he said. “It is more than that, it’s about relationships, building and strengthening a strong and legitimate narrative, and reputation for your client so that sponsors, investors, agencies, casting directors feel confident that the person who stands before is what they claim to be.”

Regarding his daily inspirations, he said, “I am inspired by the unexpected and the unknown. I don’t often over plan my days ahead. I enjoy keeping my distance between each project so that there is enough time to communicate with the clients I have, the ones I am about to meet, and for creative ideas and to deliver in a timely manner.”

On being a media and PR professional in the digital age, he said, “I love it. It’s so much easier than 20 years ago. Years ago you wouldn’t dare obtain an email or a phone number to talent or a representative at a network or agency. It was all about who you knew and 100 percent you relied heavily upon referrals and validation.”

When asked about his proudest professional accomplishments, he responded, “Helping a client in the best way possible and know that they became empowered and armed with knowledge and resources after working with me. I am truly inspired to empower people and to facilitate business ethics and implement forms of white-glove business practices that meet the standards to solidify what public relations really means.”

For young and aspiring PR and media professionals, he said, “Don’t rely on communicating just by using email and text messages. It’s a rude and one-sided way of doing business. I have to validate, vet and verify constantly by the court of law because I had taken an oath to be fair, honest, and to disclose all material facts to my clients and to help protect them and their reputation.”

“If something were to, unfortunately, happen to a client or something unlawful happened, I wouldn’t want to be the representative to have to answer to the judge or an attorney that all I did was text or email a client directly or on their behalf. Use that form of communication if it’s needed, requested, or to keep a track record of communication, but always start with a phone call and follow-up with one. Every successful relationship, business deal, and opportunity came from making and receiving phone calls,” he elaborated.

He acknowledged that he has been busier during the quarantine than ever before. “People are scrambling and trying to stay relevant and cohesive with their branding, image reputation, and contract deals and negotiations on current endorsement and future ones. What has happened now is that talent has sized up their current representatives and agents and realized that most of them have done either the bare minimum or screwed them because there was not a safety net in place,” he said.

“I do often counsel clients that have gotten over promised deals and hardly anything in return except having been used as a piece of real estate property, the same way sports players are traded,” he said.

On his career-defining moments, he remarked, “To do the opposite of what everyone else is doing. I’ve definitely worked harder because I am not kissing other people’s asses and taking the easy way out and because I’m also not trying to keep up with the Joneses.”

Regarding his definition of success, he said, “To be the best student and teacher you can be and to leave a legacy where people can grow and remember your words and your actions so that the future is not a rerun of mistakes and lessons people refuse to learn from or too scared to change.”

“Be inspired to grow and to always inspire evolution,” he said. “People that are mature and older are not always wiser and better. You cannot grow being influenced by old ways and standards of the past. We need younger people in government, business, and to trust them to help evolve our world with fresh ideas and new ways of building relationships. If you really look at our history the so-called older and wiser deemed themselves of having it all and knowing it all. That’s false and age doesn’t mean you know everything about the future and what’s to come. It just means you know about the past and experienced the changes that were needed to grow.”

“Our future belongs to our youth and I am here to help them have a voice and help pave a clear and concise path and arm them with the knowledge that is needed so they can take control of their direction and future and hope that history repeats itself only if necessary,” Cuoco concluded. 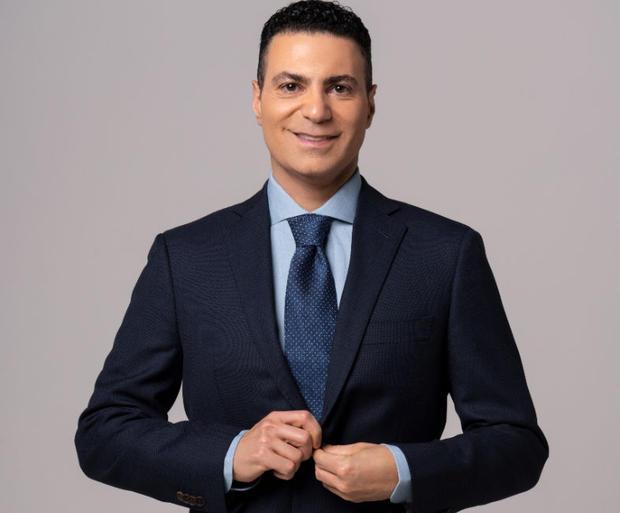