Manley serves as host, producer, writer, and director of the Culture Shock series. He travels all over the world on the show, where he visits indigenous cultures and shares his amazing powers of prestidigitation. “Culture Shock has been good,” he said. “It’s a lot of meeting different cultures, so it has been an eye-opening experience. Getting there has been a lot of physical fitness, rock climbing, and a lot of mountaineering just to get to these remote regions.”

In this wild adventure show, full of dangerous stunts, exploration, and a test of will, Manley shares the magic and illusions from his grandfather with indigenous people all over the world. In return, they share their unique magic with him.

From the high mountain caves of Ethiopia to the sun-washed plains of Namibia to Egyptian temple ruins, glaciers in Iceland, and the backwaters of the Amazon, Manley dazzles children and adults alike with his sleight of hand demonstrations.

As an actor, Manley stars in the upcoming post-apocalyptic series Fallen Cards, and was recently featured opposite Lacey Chabert, James Caan, and Lance Henriksen in Acre Beyond the Rye. “Fallen Cards went really well too. We are still working on that. It’s a very intensive project,” he said.

“Acre Beyond the Rye is a project that I wrote and my company co-produced it with another company. That was a psychological thriller with some horror and action elements. I am a big fan of action, so I incorporate that into a lot of the things that I do. It was fun,” he said.

His interest in magic dates back to when he was 10 years old when he learned sleight of hand from his grandfather, a surgeon. Manley spent his teenage years performing at events, bars, TV programs, and family members. “My grandfather got me into magic. He was a surgeon and a magician. He learned magic in the ’40s, and he picked up sleight of hand and taught me magic,” he said.

His love for magic and the unknown was as strong as his passion for the martial arts. Inspired by his late grandfather, who ventured into remote areas around the world in search of esoteric medical knowledge and magic, he continues to explore the world by following in his grandfather’s footsteps.

On being an actor and magician in the digital age, he said, “It’s interesting. I see a lot of magicians do a lot of magic on social media. I never really did that too much. For me, magic is a part of me. Magic is a second fiddle to the adventures that I do, and the messages I try to get across in my writing and my work with indigenous people. Magic helps bridge that social divide sometimes.”

Each day, he is motivated simply by becoming the best version of himself. “That comes with personal exploration and exploration in your surroundings and how far you can travel. There is always something to learn in a day and something to conquer in a day. Every day is special and it’s important to better ourselves, that’s my mantra.”

For young and aspiring artists and magicians, he said, “You need to figure out what it is that motivates you. The key is to love what you do and find that niche and follow that. Don’t try to be something you are not. Your center is your core and it will shine through to everyone who is watching you.”

A defining moment for him was when he decided to move to Los Angeles. “I moved and I didn’t have much, so I learned really fast how to survive on my own,” he said. “I had to find myself in Los Angeles on my own and that was a life-turning event. Another defining moment was traveling overseas to Egypt, which was the first experience that I got with a different culture, and that allowed me to see the world from a different perspective.”

When asked which places he would love to someday travel to, he listed “Mongolia, Greenland, and Madagascar” as several places on his bucket list. “I like to explore places that have a rich history and have a strong cultural background to them,” he said.

For Manley, the word success is “really a personal thing.” “I think success is something that you have to feel. It’s not about money, or how much you’ve done, it’s about feeling as if you are on your path and you are finding balance within yourself and you are happy. Success is really about happiness,” he said.

On the title of the current chapter of his life, he responded, “Interpersonal Exploration.”

To learn more about his Culture Shock series, check out its official website. “I hope everyone enjoys Culture Shock. It’s a wild thrill ride of adventure and exploration to reach remote tribes and people around the world. I hope it will instill a sense of wonder and wanting to learn more about the people that we don’t normally get to see,” he concluded. 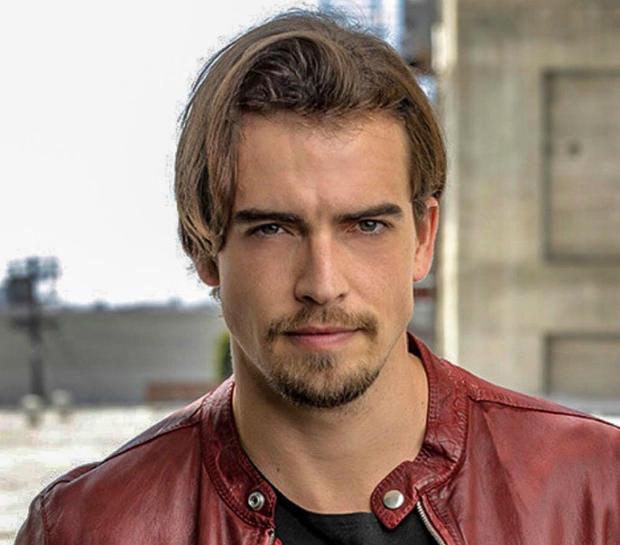