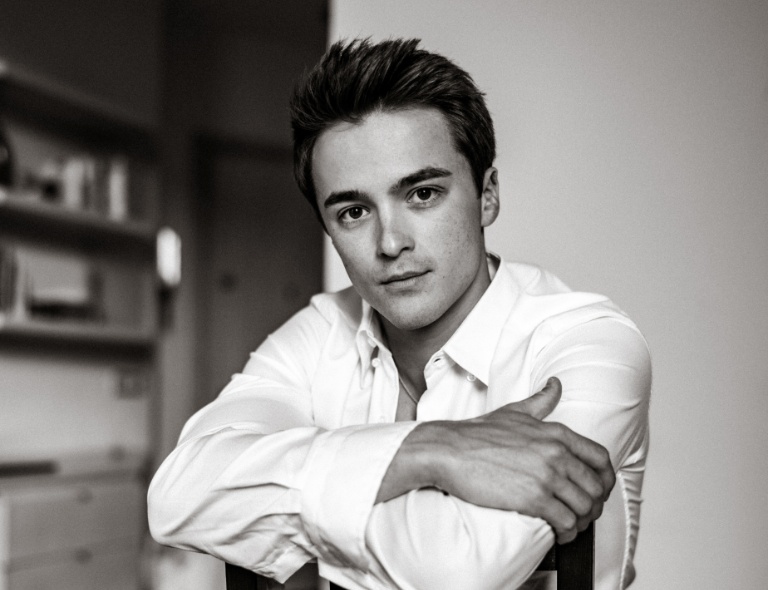 He was born in Minneapolis, Minnesota to an Iowan mother and an Italian father, which was such a blessing because he feels that he was raised with the cultural riches of both countries.

From a very young age, I started showing a strong passion for the performing arts, which likely stemmed from his mother who made a name for herself in the 70s on the hit TV show “The Young and The Restless.” He began acting, singing, and dancing in youth theatre productions at the age of six years old.

During my sophomore year, a casting director from Disney Italy went scouting at that high school, and soon after, by some miracle, he was cast as the lead of the hit Disney TV show “Alex & Co.,” his first onscreen role.

While earning his high school diploma, he shot four seasons of “Alex & Co.,” which aired in over 50 countries, and two movies with Disney, one of which got him a nomination for “Best Original Song” in a feature film. He played the titular role of Alex Leoni.

On being an actor in the digital age, he acknowledged that it has “pros and cons.” “Having so much content being released is hard because it’s hard to stand out, but at the same time though there are so many more opportunities. There is so much being made and there are so many more voices being heard now,” he said.

“I take the digital age as a motivation to stand out,” he added.

Once he graduated in 2017, he finally moved to Los Angeles. That was his dream ever since I can remember. He started training at the Chubbuck Acting Studio and I began studying chemistry at Santa Monica College. He later got into UCLA with a 4.0 GPA but opted to finish that degree at a later date due to increasing work opportunities.

Since then, he appeared in four feature films, and three TV series, one of which was Ryan Murphy’s “American Horror Stories,” one theatrical production, and one original short movie which he wrote, directed, and acted. In this short movie, he played seven different characters all at once. “I did a movie in the middle of 2020 when everything was at a halt, and I played all of the seven parts because I couldn’t find any other actors during the pandemic,” he said.

On being a part of “American Horror Stories,” he said, “That was awesome, it was a fantastic experience. This was probably the first real LA experience I’ve ever had, the budget was huge, and the project was pretty big and iconic.”

His most recent work is “A Christmas Mystery,” a Warner Bros. movie that came out on November 24 on HBO Max, which was directed by Alex Ranarivelo. “Alex was so awesome. It was so nice to be a part of this film,” he said. “Drew Powell is such an incredible professional. While I only had one scene with Eddie Cibrian, it was such a great time. Ali Afshar of ESX Entertainment has done such a great job creating a team of genuine people that just love what they are doing and you could feel that energy on set.”

On the title of the current chapter of his life, Cecchi said, “The Emergence.” “The origins,” he admitted.

For young and aspiring actors, Cecchi said, “Focus on your craft. Do whatever you have to do to be ready when the opportunity comes and that can mean acting classes or making your own short movies and projects. Make your own material.”

“For theater, find a good school and people that can help inspire you such as a mentor,” he added.

Regarding his definition of success, he said, “Ultimately, part of it is having a goal and achieving that goal. Also, at the same time knowing that you’ve done your best to achieve a goal regardless of the outcome.

To learn more about Leonardo Cecchi, check out his Linktree page.