As an acting teacher, her students include Emmy winner Olivia Rose Keegan, Brock Kelly, and Emmy nominee Elissa Kapneck, among many others. She praised all thre of these aforementioned characters for their successes. “I have been at this for a very long time. I’ve been teaching for over 20 years,” she said.

“I have worked with Brock [Kelly] for such a long time. He is a super kind person, and the same holds true for Olivia Rose Keegan,” she said. “Olivia is one of the sweetest people you will ever meet. Elissa is great too, she’s a character.”

She serves as director and creator of LPNSImprov. An LPNSImprov video may be seen below, and a review of the “The MaD JaCKRaTS” show may be seen by clicking here.

“July was our six year anniversary with our show,” she said. “Anybody who has ever seen it gets their minds blown since they think it’s scripted. There are tons of segments up on YouTube so that people can see it.”

On being a film and theater director and filmmaker in the digital age, she said, “I watch a lot of the stage readings and the things that are going on in Zoom boxes and it is highly disappointing. I have been on the side of digital for a while. I’m a ‘live’ person and my studio is a labor of love. I have been coaching people online for many many years.”

“In the digital age and in a time of self-tapes, the acting is the most important thing,” she underscored. “That’s what I tell my students. If the lighting, framing and the sound are perfect, but if your acting is not good, then you are not getting the job. You need to start with the acting, that’s your job as an actor: to become an actor.”

“Teaching is a very dominant part of my life, and my longevity of doing this forever has turned out some amazing things,” she said. “The digital age hasn’t changed things drastically for me since I have been doing this for a while. My goal is for my students to have an elevated awareness about what happens on set when they are shooting, whether it’s live or digital.”

“I want my acting students to be a great use to the directors. 90 percent of the directing is covered in the casting since you pick somebody who knows what they are doing and understands the characters, that way, the directors don’t need to do much,” she elaborated.

“My dream is to consistenly be directing with something that I don’t have to do everything, where I have a good team on board,” she added.

As part of an interview for Insider, serving in the capacity of a professional acting coach, Nadler broke down 17 “love-at-first-sight” scenes in major films, where she explained good and bad acting. “It was very interesting. I got the opportunity to critique 17 films as an acting coach,” she said.

For young and aspiring actors, she said, “Study, study, study. There are a lot of illusions, either you have it or you don’t. You need to be charismatic, trained and organized. You need to approach this like a business. Study with the right person. It is very fulfilling when you are doing it right.”

“My goal as a teacher, is to help actors expand their comprehension and vocabulary of directors, even if the directors are not actors,” she added. “I enjoy teaching and I love it, but the ultimate goal is to able to employ my actors, even when they are working at a very high level. That would be a blessing.” 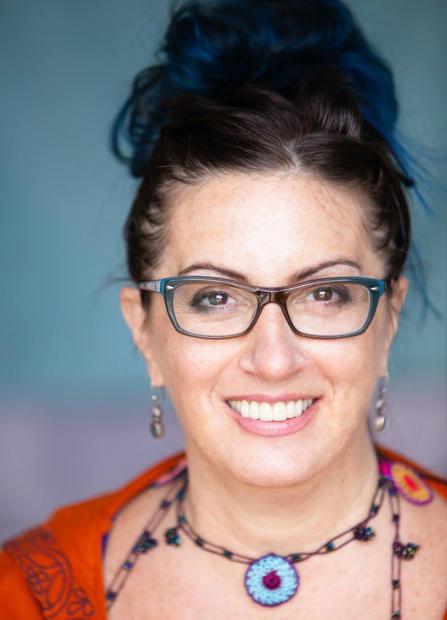