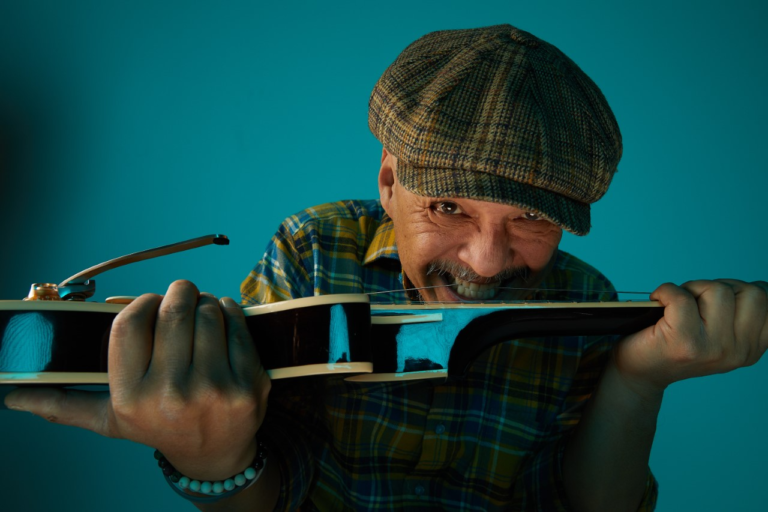 Joey Santiago of the rock group Pixies chatted with Digital Journal’s Markos Papadatos about the 30th anniversary of “Trompe Le Monde” and its limited green vinyl release this September, and their forthcoming concert at the Capitol Theatre in Port Chester, New York.

Regarding the upcoming 30th anniversary of “Trompe Le Monde” and its limited green vinyl edition, he said, “We chose green because that color sounded the best in a blind study. What can we expect? Same great songs.”

On September 10, Pixies will be performing at the historic Capitol Theatre in Port Chester, NY. “That is a bit presumptuous given the current climate but if the stars (not the Pixies but the actually bright stuff in the sky) align. You will see three gentlemen and a lady giving it their best. Please note that stars aligning are near impossible,” he said.

Regarding their future plans, Santiago joked, “death and taxes and mutations of variants.”

He opened up about life during the quarantine. “I’ve been strumming the guitar. Taking care of the kids. Laughing at the current state of affairs. Do I see a silver lining in it? Had you asked this question last week I would have described clouds of silver with unicorns jumping over them. Since you’re asking now. The answer is no. Beware this mind takes sharp turns,” he explained.

On their music and songwriting inspirations, he responded, “Listening to music and paying attention to the structure. I scoff at shitty songs and praise the good ones.”

For young and aspiring artists and bands, he said, “Write, perform, repeat. Say nope to dope. Fentanyl is the new blackout.”

Regarding the key to longevity in the music industry, he said, “There’s a point in everyone’s career where luck and talent can only take you so far. Gratitude will keep it going.”

On his definition of the word success, he said jokingly, “It rhymes with suck less.”

For their hardcore fans, he concluded, “Come to our shows vaccinated. We will do a special show for the anti-vaxers on February 30.”

To learn more about Pixies and their music, check out their official website.