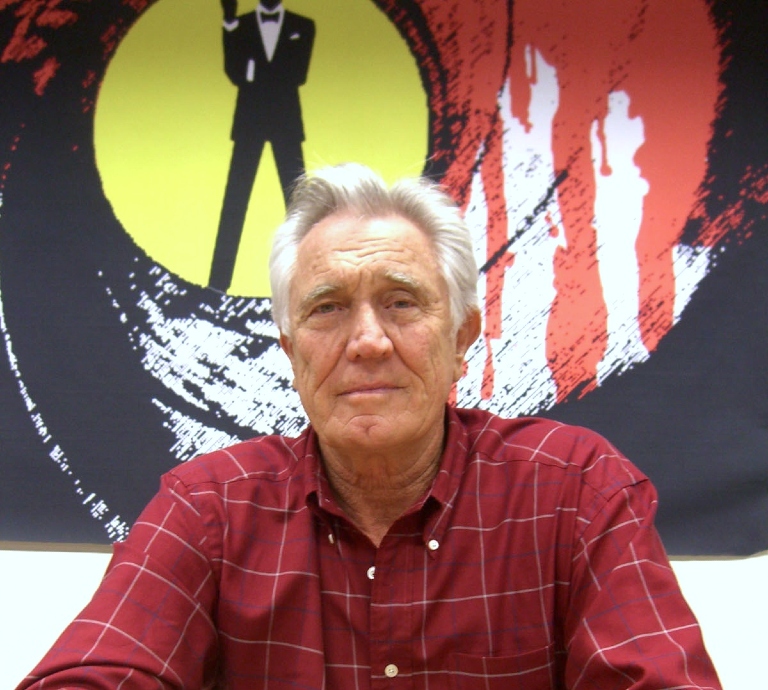 Iconic Australian actor George Lazenby (“On Her Majesty’s Secret Service”) chatted with Digital Journal’s Markos Papadatos about his illustrious career in the acting and entertainment industry.

American track and field legend Jesse Owens once said: “We all have dreams. But in order to make dreams come into reality, it takes an awful lot of determination, dedication, self-discipline, and effort.” George Lazenby is an actor and an individual that embodies this wise quote from the late four-time Olympic gold medalist sprinter.

Lazenby was born in Goulburn, Australia when World War II broke out in 1939, and his peripatetic life led him to London and international stardom as Ian Fleming’s James Bond in “On Her Majesty’s Secret Service” in 1969 where he took over the role from Sean Connery.

On starring in “On Her Majesty’s Secret Service,” he said, “That was a long time ago. My experience was mostly pleasant, but there were some bad times too because I had never done a movie before and this was a nine-month shoot, so it was pretty intense since I was doing my own stunts, and I was the center of attention for nine months.”

“They had to teach me how to walk straight because I would walk like a drunken Australian, and then, they had to change my accent, so I was doing quite a few things at once,” he added.

Lazenby had great words about working with Diana Rigg in “On Her Majesty’s Secret Service,” who played Countess Tracy di Vicenzo. “Diana was great, she helped me a lot in the sense that she wasn’t critical and she was always there for me,” he said.

He is pleased with the resurgence of that film. “I’m surprised how all of a sudden it’s coming back, it’s really popular again,” he said. “I’m more recognized now than I ever was. That didn’t happen right after the Bond film when I did it.”

Although a worldwide critical and financial success, Lazenby forsook the role of 007 to carve out his own spiritual adventure in life in the Far East and the United States working with filmmakers as varied as Peter Bogdanovitch, Cy Endfield, John Landis, and Raymond Chow. Lazenby was also supposed to work with Bruce Lee but sadly that never happened due to Lee’s sudden death.

Still much in demand on TV and film, Lazenby starred as Civil War General J Johnson Pettigrew in “Gettysburg” in 1993, and in “Superboy” in 2000 as Superman’s father, Jor-El, a role initially essayed by Marlon Brando.

His more recent work includes a voice role the in DC Batman animated series, Jim Jefferies’ father in “Legit” in 2014, and in critically acclaimed independent films such as “A Winter Rose” in 2016 directed by Riz Story, and “Death Game” in 2017, which was directed by Gregory Hatanaka.

The Hulu docudrama film “Becoming Bond” was released in May of 2017, and it featured Lazenby recounting his life story and his portrayal of James Bond. “That was fun,” he admitted. “I didn’t have a problem with it, I just told it as it is.”

Lazenby was the 2019 recipient of a “Lifetime Achievement Award” from CineFest Miskolc International Film Festival in Hungary. He shared this honor with director Bille August.

When asked if there were any moments in his career that helped define him, he responded, “Just being me.” “Sometimes, I would pretend I wasn’t afraid but I was. There were scenes in the film where I am with all the girls and that was the first scene I did, and that was a bit nerve-wracking but we got by with a few jokes,” he said.

For young and aspiring actors, Lazenby said, “Don’t think you have to act, just be. It depends on the writer. I went to the Charles E. Conrad acting class for 20 years after the Bond film. I would be in the B class for a couple of years, and I told him that I’ve done more films than some people that were in the A class. He said ‘well, you’ve got to stop thinking about yourself and go with the writer and what he has on the page, pick it up, and go for it.’ That gave me a big clue. Then, I would get scripts by several writers and I would jump around because I was picking up the vibe of the writer after a couple of years.”

“I learned how to act with Charles E. Conrad, it took me a couple of years to be in the A class but once I got there, I had incredible scripts. Those scripts had to be written by one writer to be any good, and then I was picking up the vibe of the writer,” he added.

Speaking of the late but great acting coach Charles E. Conrad, Lazenby noted that getting into Conrad’s A class was his proudest professional accomplishment. “That was great,” he recalled.

On the best advice that he was ever given in acting, Lazenby shared, “Make sure you know your lines well and hit the marks the first time. Don’t look at the monitor and follow the direction, and get out of your own way. Don’t decide to do it differently because you never know what might come up.”

Regarding the key to longevity in the entertainment business, he said, “The key is to keep working, and being good at it, and listening to what the director wants.”

On the title of the current chapter of his life, Lazenby revealed, “Be who you are, and don’t take any bullshit from others.”

Lazenby defined the word success as “being able to wake up in the morning and feel good.”

In regards to his New Year’s resolutions for 2022, he wishes for health and contentment. “I would like to be healthy and happy,” he said.

For his fans, he expressed his gratitude. “I wish everyone well, and I hope they get what they want in life. Enjoy yourselves, this is the one life you’ve got, and don’t hurt anybody. If you’re living the life don’t think anybody is more important than you are. Be who you are and get on with life,” he said.