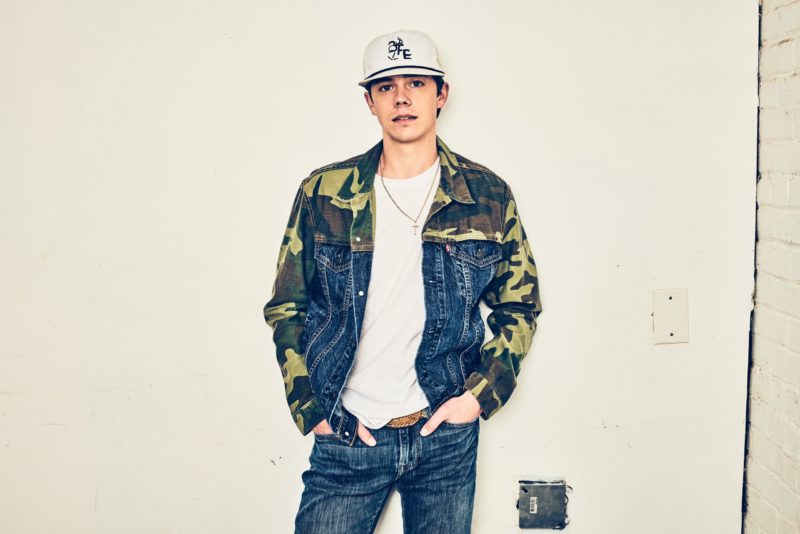 Rising country artist Dylan Marlowe sat down and chatted with Digital Journal’s Markos Papadatos prior to his concert at The Paramount on March 29, where he opened for country star Dylan Scott on his “Livin’ My Best Life” Tour.

“It’s great to be playing The Paramount,” Marlowe said. “It has been on my bucket list for a while, so I’m excited. We play our originals and two covers, which are really fun.”

He is drawn to the country genre because of the stories. “I like the stories, that’s my favorite part about country music,” he said.

Marlowe praised headliner Dylan Scott and his experience on this tour. “It is awesome to be opening for Dylan Scott. His whole team is awesome. It is a dream honestly, I don’t think I will ever have a better tour,” he said.

“When you play live, there is so much adrenaline and so much energy. For me, a lot of my songs are uptempo,” he said.

On his song “When I Look Back,” he said, “I had the idea for a while, and I tried to write it a couple of times but it never came across the way I needed it to. We finally all had the same idea when we look back on life and we just wanted to say that we did a lot of things.”

He listed Kenny Chesney, Linkin Park, and Nickelback, as some of his biggest musical influences.

Marlowe shared that he is one of the co-writers of Jon Pardi’s latest single “Last Night Lonely,” which has been a major talking point for his career.

Looking back over the last five years, he acknowledged that he sees “a lot of hard work, a lot of grinding and a lot of writing songs.” “I wrote for two years before I put ‘All About It’ out,” he said. “That was super hard to sit back and write but it paid off, especially now that we get to play these songs and start building a fan-base, there is nothing better.”

On the title of the current chapter of his life, he remarked, “Taking Care of My Body.” “I’ve been drinking a lot more water, and a lot more juices, which is something I never thought I would say,” he said.

As part of his preshow rituals, he revealed that he does 10 minutes of vocal warmups and he has a shot of whiskey “just to get the jitters out.”

If he were to ever go on “The Masked Singer,” he noted that he would go as a “turkey.” “I turkey hunt a lot so maybe I would be a turkey,” he said.

His alternate career choice would be doing “underground utilities and construction.”

Marlowe defined success as “establishing a goal and getting there.” “My goal is to be playing arenas someday and I wouldn’t consider myself successful unless I accomplish that,” he said.

For his fans, Marlowe expressed his appreciation. “Thank you. The new fans that I have now are great, and thanks to the original fans for helping us out,” he said.