Watros has taken over the role of Nina Reeves on the hit ABC daytime drama General Hospital. “It has been almost a year now. Over the last six months, I feel that Nina is a part of me. It took a while, but I have really sunk into this role. I love Nina and how complex she is. Nina likes to love people but then she is wounded inside. I love Nina a lot,” she said.

“I love to play characters that have such complexity,” she said. “I look forward to adding even more and more to Nina since she is looking for love in all sorts of ways. I am rooting for Nina.”

“The cast is a great group of people. I am very lucky,” she added, complimenting her fellow actors.

When asked how she handles being dialogue-heavy, she noted that it can be “pretty intense sometimes.” “I’m pretty good at memorizing my lines. If I have a really heavy load, and I get the script two days in advance that really helps me. I would go over it on the first day, then I would sleep on it since it allows my brain to rest with the lines, and then I would over them again on the following day. That makes it a lot easier for me to memorize.”

On Sunday, May 10, Watros will be a part of a Zoom call with many of her General Hospital co-stars as part of a Mother’s Day fan event contest with Fantasy Events Inc., where they will pick 50 mothers to participate in a Zoom session with some of their favorite soap actors. “We thought it would be a really great event to put on for 50 mothers,” she said. “It’s the closest we can come to meeting these mothers in person so I am looking forward to it.”

She also hopes to be a part of the Fantasy Events Inc. soap opera fan events on November 21 and 22 in Ft. Worth, Texas, and Chandler, Arizona, respectively. “I hope so. My fingers are crossed. These will be my first fan events. I am really looking forward to them as well,” she said.

On being an actress in the digital age, Watros said, “It is lovely that people have all these options to watch. I’ve been acting for 20 years so I’ve done a lot of different things, and now people have access to watch all of the things I’ve been on, including General Hospital. I feel lucky as a performer and as a consumer for watching different programs, I now have all of these resources. I think streaming services are a wonderful thing.”

In 2020, Watros earned an Indie Series nomination for “Best Guest Actress” for Misguided, which honors the most creative and progressive talent in independent web series. “Paul T. Gosselin is a very sweet man. It was a lot of fun to do that. It was really great to be able to do that,” she said. “I love comedy. When I first moved to Los Angeles, I landed my first role in Titus, where I really got to explore comedy. Somewhere inside of me, there is a funny person, which I like to bring out every once in a while.”

Speaking of comedy, she co-produced and co-wrote her series Cynthia Watros Gets Lost on YouTube. “I love poking fun of myself. I wanted to produce something and put something out there. That was a lot of fun to do with my friends,” she said.

She recalled a very powerful career-defining moment early on in her career. She noted that it was during her first job (where she was doing the show New York Undercover) and she had five lines. She played a reporter in the middle of a big scene where she had to shout out her five lines. She froze twice during those scenes, and then an older gentleman came up to her and consoled her. “When the older gentleman came to me, I was basically crying, and he told me ‘just say the lines to me.’ Then, he told me to tell him the lines again slower. He then told me ‘you can do this, all you have to do is believe in yourself,’ and ‘don’t think of the cameras or the people watching you.’ He told me to ‘think about the character and what the character has to say.’ When I did the scene the third time, I said the lines, and they moved on,” she said.

Watros continued, “I turned to look around to find this older gentleman that helped me so much. Without him, I wouldn’t have been able to finish my first job, and who knows, what would have happened, I might have not been able to do acting. I never found this older gentleman to thank him. It might sound weird, but sometimes, I think he may have been an angel guiding me. To this day, I still remember what his words were. It is important to be that character, and let that character live in you.”

For young and aspiring actors, she encouraged them to believe in themselves. “If you really love the art of acting, not because of the money or the fame, then you should go for it. Also, don’t let the ‘nos’ stop you. You’ll get thousands of ‘nos,’ but don’t be sad for long otherwise the job that is supposed to be yours is going to pass you by. Pull yourself up and get ready for the next job. We can’t let our ‘nos’ define us.”

On balancing motherhood and acting, she said, “It was difficult when my girls were smaller because most of my jobs were out of California and I was traveling a bunch so they were coming with me. Now, my twins are 18 and going to college. This job is wonderful. I like the idea of being able to stay at home, and I feel very fortunate.”

In 1998, she won the coveted Emmy award for “Outstanding Lead Actress in a Drama Series” for her portrayal of Annie Dutton in Guiding Light. “Nobody was more surprised than me,” she said. “When they first read my name, I thought I heard wrong, but then somebody pushed me up. I wished I didn’t cry so much during my acceptance speech. I was so touched and shocked that the tears rolled out. It was a pretty incredible night,” she recalled.

On the title of the current chapter of her life, Watros said, “Be in the present moment because that’s all we have.”

Watros defined the word success as “doing what you love, whatever that is.”

For her fans and supporters, she concluded, “Thank you for all the wonderful support. I feel so touched. I truly love you.” 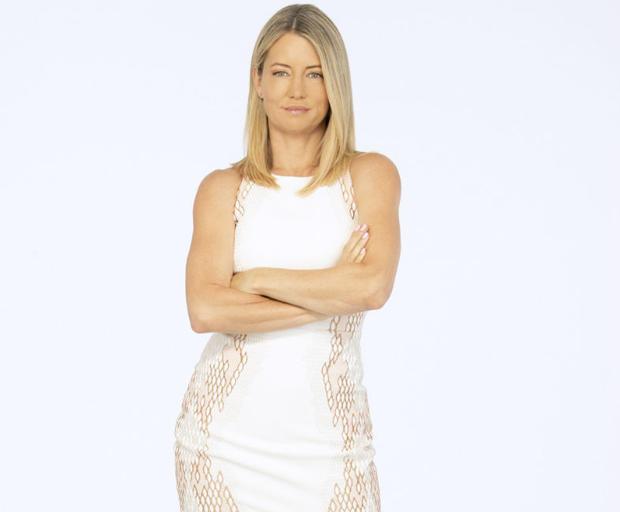