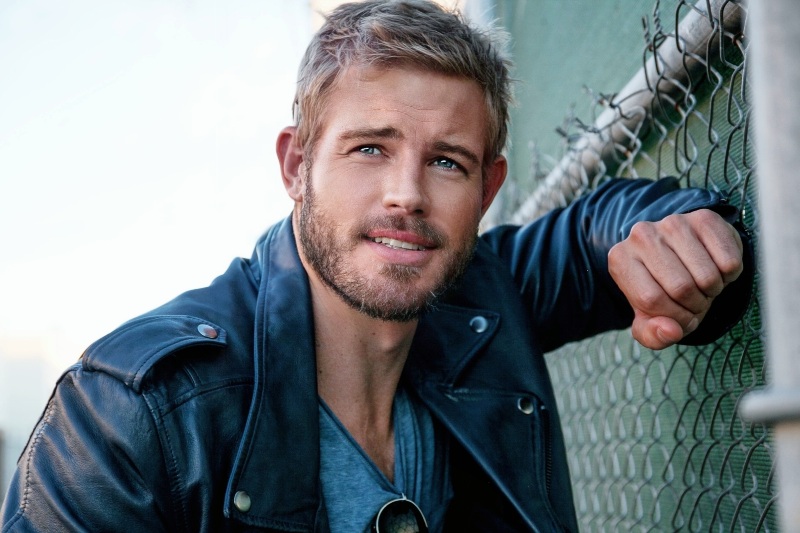 Actor Trevor Donovan (“Jingle Bell Princess” and “90210”) is the “Prince Charming of Romantic Comedies.” He chatted about his upcoming projects which include “Prescription for Love” and “Everyday Adventures with Trevor Donovan” on Great American Family.

Known for his work in multiple Hallmark and other feel-good romantic comedy films, Donovan moved over to Great American Family in the fall of 2021, where he will be starring and producing movies for the new TV network. “It feels great. To be the first guy onboard was an honor. It is nice to have some stability in an industry that is feast or famine,” he said.

“It is nice to be somewhere where we are making feel-good stories for people to escape from their troubles, worries, and real-life tragedies,” he added.

The significance of rom-coms

During the COVID-19 pandemic, uplifting romantic comedies have been a saving grace for many people. “I can’t tell you how many times people have told me that they are sick of all the bad news that is happening in the world and they turn to these feel-good movies and they know it’s going to be a feel-good place with a happy ending,” he said.

“These movies are like a sanctuary where people can go and feel better about life,” he added.

“Prescription for Love” will premiere on Saturday, September 3 on Great American Family. In this Cinderella story, Claire (Jillian Murray) is a nurse with a supervisor who is intent on making her life miserable; however, on a rare and fun night off, she gets trapped in an elevator with a charming man Luke (played by Donovan). The next day she is introduced to him again, but he does not recognize her. “It is going to be airing in September so that is pretty cool,” he said.

“This was my first time filming in Utah so that was fun and a beautiful place to shoot,” he said. “I also got to play a doctor for the first time ever so it was a bit of a challenge remembering and pronouncing all of the medical terms but other than that, this film was a lot of fun.”

“I’m not a doctor but I play one on TV,” Donovan said with a sweet laugh.

This weekend, on Sunday, August 21st, his film “The Engagement Plot,” directed by Brandon Clark, airs on UPtv. Donovan plays the role of Will Preston opposite Rachel Boston, who portrays Hanna Knight.

On filming “The Engagement Plot,” he said, “It was fantastic. We filmed it in Colorado, and it was a fun time. I am excited for everyone to see it.”

“I liked the fact that I got to wear a suit so I felt like James Bond for a little bit, that was pretty cool,” he said. “The character himself had redeeming qualities to him, and I got to pretend like I was on ‘The Bachelor,’ and that was kind of fun.”

After getting her heart broken on “The Price of Love,” a wildly popular dating reality show that matches 20-something female contestants with a young, financially successful bachelor, teacher Hanna Knight has returned to her small-town Colorado life and moved on to better things.

“This movie is about following your heart and intuition,” he said. “I think people second-guess themselves so much that they end up not doing what they know is right to do.”

“Listen to your heart and intuition,” he added.

Great American Community just announced 15 all-new original series that will launch on September 26. One of them is “Everyday Adventures with Trevor Donovan.” “I am excited about it,” he said about the new original lifestyle series.

“Everyday Adventures with Trevor Donovan” spotlights Donovan’s love for acting, his dogs, and adventure. In this series, he will share his life and the everyday adventures that bring him joy. It will have all-new episodes on Wednesdays and Saturdays following its premiere. “I love to do all of those things in life so it is cool that I get to take people on my little adventures with me,” he said.

On the title of the current chapter of his life, Donovan said, “Facing my Biggest Fears.”

Donovan shared that he enjoyed being a part of the RomaDrama Live! fan event, which took place in West Palm Beach, Florida, this past June. “It was really cool, it involved four days of meeting fans,” he said.

“The coolest thing about these events is that you get to hear really heartfelt stories of how these feel-good movies that we make touch people and how important they are to so many people. They really remind us why we are making them and they give us a reason to continue making them. It is really nice to hear the positive impact our movies have on people. Being a part of RomaDrama was a blast and we’ve become a little family,” he elaborated.

He also spoke about his Team Upstanders initiative, which promotes kindness and anti-bullying. “It is so important to start creating a strong foundation for kids in their developmental years on how to exist in society and how to behave in life, and how to treat each other,” he said.

Donovan defined the word success as “happiness” in life. “Before, I thought success was being rich and famous, but now I realize that you can be rich and famous and still be unhappy,” he said.

“So I don’t think fame and money are a success. It’s all about inner peace and happiness,” he said.