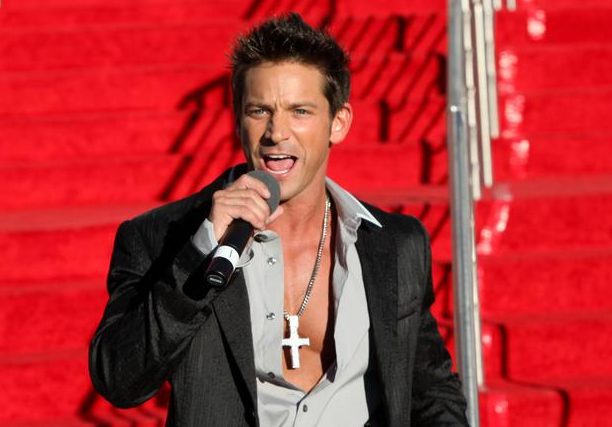 Grammy-nominated artist Jeff Timmons, the founding member of the pop group 98 Degrees, chatted with Digital Journal’s Markos Papadatos about his plans for 2021.

“We are developing a platform where you can literally put your phone up to a screen that’s playing music and see an augmented reality experience. You can get a discount on tickets, buy music, and get merchandise, and it’s really cool. That will be launching end of May or early June,” Timmons added.

He revealed that he continues to be in the studio working on his own solo music, and he is working on a TV game show with his brother. “I am working with an international football league, which is going to start launching in 2022 in Europe, which is amazing. I will be doing that with a bunch of Hall of Fame players,” he said.

“I am working on a documentary called 13 Children, which is really cool. I will be doing a cooking show with the Food Network. I am about to launch my radio show soon, around Memorial Day Weekend, which is pretty exciting,” he added.

For Timmons, it was a great experience collaborating with his young daughter, Ariahuna, on a version of “Where Are You Christmas” by JoJo Siwa. “Ariahuna loves singing, she has the bug for it. She wanted to do this song, she loves JoJo and wanted to do it as a tribute to her,” he said.

On the title of the current chapter of his life, he said, “New Beginnings.”

Timmons shared that he enjoyed collaborating with Jessie Godderz (Mr. Pec-Tacular) on their lighthearted “The Girl is With Me” music video. “Jessie is doing really good with OVW Wrestling and that’s really exciting,” he said. “I keep in touch with Jessie, he is a big supporter of mine and vice versa. Jessie is just a great guy and I am glad that he is enjoying so much success there. He has such a great personality, he is so good at what he does, and he is just going to keep going.”

When asked which track and field event he would do, he responded the “800 meter race.” In swimming, he selected the freestyle as his personal favorite stroke.