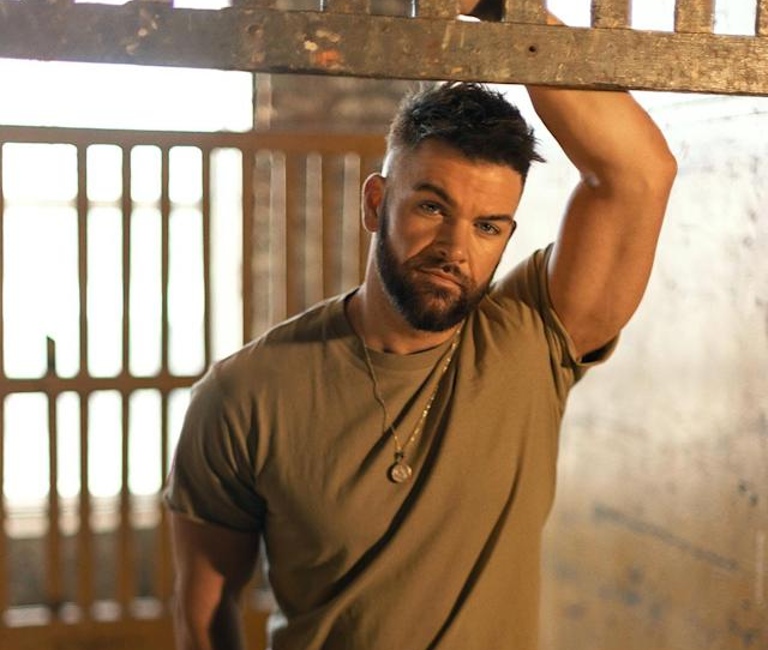 Country star Dylan Scott sat down and chatted with Digital Journal’s Markos Papadatos prior to his headlining show at The Paramount in Huntington on March 19.

On performing at The Paramount, Scott said, “It is sold out, so it feels good. It’s a super nice venue, everything about this venue is very clean and nice.”

Scott revealed that he will be performing new music at The Paramount from his highly-anticipated forthcoming studio album “Livin’ My Best Life,” which will be released on August 5.

He listed Keith Whitley as one of his musical heroes in life. “Everybody loves Keith Whitley. He and my dad were the two reasons I got into country music,” he said.

Speaking of his father, he noted that he gave him the best advice in regard to music. “Music is definitely not an overnight success, you need to keep working and you need to keep moving forward,” he said.

Scott is drawn to the country genre of music due to its loyal fans. “The fans are just awesome,” he said. “They show up, they dance, they scream, and they have a good time.”

“As a fan of country music, I love the stories that the songs tell,” he added.

Scott opened up about his latest single “New Truck.” “It is climbing the charts up for us. It’s rocking, the crowds are screaming it back to us. The writers crushed it, and I am proud of it. This song really is a banger,” he said.

At the moment, Scott claimed “Can’t Have Mine (Find You A Girl)” as his personal favorite tune to perform live. “We put that song out a month ago and it is streaming really well for us even though it’s not a single right now,” he said.

On his career-defining moments, he said, “I used to play in super small venues and they weren’t even full, and that’s tough, especially to play a full show for only a few people. That does make you a better performer and it sets you up for when there are venues full of people, then you really know how to bring it.”

Another proud moment for Scott was singing “Tell Lorrie I Love Her,” a duet with Grand Ole Opry star Lorrie Morgan. “That was pretty awesome,” he admitted.

On the title of the current chapter of his life, Scott responded, “Livin’ My Best Life.” “It’s everywhere. It’s my album title, it’s my tour title, and it’s my next song that comes out,” he said.

“I am truly living my best life. I have two healthy kids at home, and a hot wife, my life couldn’t be better,” he added.

He credits his wife, Blair, for helping him balance his music career and family life. “Honestly, she’s a miracle worker. She takes care of me and she takes care of the kids. She lets me go out and play music so she’s awesome. She is how I do it,” he said.

If he were to ever go on “The Masked Singer,” he shared that he would either go as Vamperina or Puppy Dog Pals. “My kids watch ‘Vamperina’ and ‘Puppy Dog Pals’ all the time,” he said.

On his definition of success, he explained, “I am grateful for everything going on. I try to humble and ground myself. I am just living life every day and I am trying to stay true to myself.”

For his dedicated fans, Scott concluded, “Thanks for being there and knowing all my early on songs. Honestly, I appreciate you all for paving my career for me.”

“Livin’ My Best Life” is available for pre-order on digital service providers by clicking here.

Read More: Dylan Scott’s live show at The Paramount earned a favorable review from Digital Journal, where it was hailed as “electrifying.”

In this article:Country, Dylan Scott, Star, the paramount