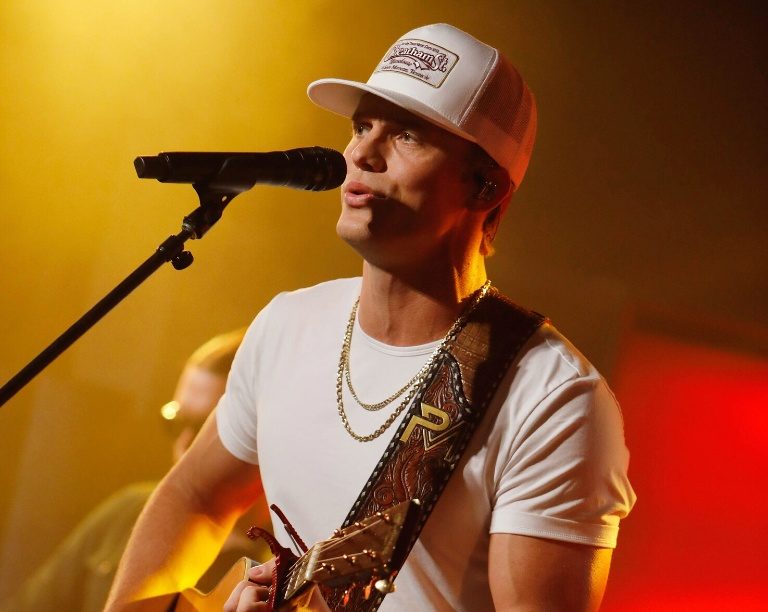 McCollum has also been named an “Artist to Watch” by Rolling Stone, Billboard, SiriusXM, CMT, and RIAA, among others, and rightfully so.

Earlier this year, McCollum earned his first ACM nomination for “New Male Artist of the Year” and he made his debut playing the iconic Grand Ole Opry in February of 2021. “Playing the Grand Ole Opry was awesome. What a dream come true,” he exclaimed. “What an unbelievably phenomenal place to get to edge my little piece of history into and to be a part of the story there. To get to be on that list was quite an honor.”

“To be nominated for an ACM award for ‘New Male Artist’ was really cool,” he added. “That was definitely a special thing.”

McCollum has partnered as MusicFX’s first artist. MusicFX.io is a digital community that connects artists to their fan bases through NFTs. “It is going pretty good right now,” he said about MusicFX. “What a crazy world that is to step into. To allow your fans to have a digital asset that gives them access to all kinds of special things is a brilliant idea.”

He is the singer-songwriter behind the platinum-selling single “Pretty Heart,” and recently made his late-night television debut performing on “Jimmy Kimmel Live,” and he released his latest music video, “Falling Apart,” from his critically acclaimed debut album “Gold Chain Cowboy.”

“That was pretty cool,” he admitted about performing on “Jimmy Kimmel Live.” “I had been dreaming about doing that for a long time so it was great to cross it off the bucket list.”

On the idea for “Falling Apart,” he said, “I had been humming that melody and that idea for a couple of days. I had a write with Miranda Lambert on the books, and my producer Jon Randall, and we all sat down in a room one day. I think we were drinking beer at 10 a.m. and we wrote a sad love song about everything going terribly wrong. I wanted to do something off the wall, so it channeled our 38 Special and our inner ’80s rock vibes, and the song came out.”

On the title of the current chapter of his life, he responded, “Busy.”

McCollum will be performing at New York City’s Irving Plaza on Saturday, February 12, 2022. “That’s going to be a great show, it’s sold out,” he said.

McCollum defined the word success as his “family being healthy” as well as “having the finances to take care of the people that he loves.”

For more information on Parker McCollum, visit his official website.