He just announced his “Christmas Songs of Worship” Live Stream with K-LOVE Christmas on Saturday, December 12th at 8 p.m. CT, which is a 90-minute full band, full production concert will be streamed on Stabal’s global platform. This event will feature such special musical guests as We The Kingdom and Pat Barrett. “I am so excited about this. What an opportunity,” he exclaimed.

“Every Christmas, I’ve gone out on tour and shared my songs across the country, but this year that’s not happening due to COVID, so I was bummed. Fortunately, this opportunity came and we put this Christmas special together with K-Love. It will be extremely special and it will include all of the elements of our Christmas tour that we bring in,” he added.

“I am so grateful that we can connect with people across the country and across the world together with this music,” he said about the upcoming Live Stream event. “I really hope people will tune in, it will be a special moment for this Christmas.”

“Miracle Of Love” is the title track of his latest EP, which was written about the new baby girl his family is expecting this December. “The baby girl is coming any day now,” he foreshadowed. “We went to the doctor yesterday and the doctor told us that the baby can come any day now. That was a big surprise, we didn’t see that coming.”

“We are having a Christmas baby, and we are anxiously waiting for her,” he said.” She was the inspiration for the song ‘Miracle of Love’. It was inspired by what was going on in my personal life, about this miracle that is coming into my life and it has a correlation with Jesus coming into the world as well”

Time Magazine has heralded him as the “most often sung artist in the world.” It is estimated that 20 to 30 million people across the world sing one of Tomlin’s songs every week in church services in nearly every language.

Tomline sings guest vocals on Thomas Rhett’s “Be a Light” along with country queen Reba McEntire, Hillary Scott, and Keith Urban. “That was another amazing this to come out of 2020,” he said. “My goodness, to be a part of that song and to be nominated for a CMA Award and to have a No. 1 song on country radio is something I would have never dreamed about,” he added.

Throughout his career in the music industry, he has sold over nine million albums, and he secured 17 No. 1 singles on the radio.
His tours have sold-out venues all over the globe, including New York City’s Madison Square Garden, Hollywood Bowl in Los Angeles, Nashville’s Bridgestone Arena, and Red Rocks.

His mantel holds a Grammy Award, three Billboard Music Awards, 21 Dove Awards, and he became a two-time BMI “Songwriter of the Year” honoree. In 2016, he was named one of only four artists ever to receive the “Sound Exchange Digital Radio Award” for over one billion digital radio streams, alongside Justin Timberlake, Pitbull, and Garth Brooks. “I am so grateful for all of those,” he said. “To me, it’s about music changing people and in return, people respond to music.”

“There are so many amazing artists out there and friends, so to be recognized among my peers is really special. I never take it for granted,” he said. “At the end of the day, it is about the music and how it changes people.”

Tomlin is also the first Christian music recording artist to reach the Billion streams threshold on Pandora and was presented with their “Billionaire Award.”

To this day, he shared that “God’s Great Dance Floor” is a favorite at his live shows, and ironically enough, it’s this journalist’s personal favorite song in Tomlin’s catalog. “That’s definitely a fan-favorite live moment,” he said.

Regarding the title of the current chapter of his life, he responded, “Surprise.”

Over the past year, he shared that there were several moments that helped define him. “At the end of the day, it’s about being close with people that you love, and the beauty of that is spending it with family,” he said.

Looking back in a rear-view mirror over the past five years, he reflected that he sees a lot of growth in his music and expansion with his audience. “I have gotten more than I ever would have dreamed about,” he said. “Change is necessary in life, it’s kind of scary, but it brings so much growth. I am really grateful for it.”

Tomlin listed Garth Brooks as his dream collaboration choice in music. “I still haven’t done a song with Garth Brooks, I would love to do that someday. That would be a dream for me,” he said.

He defined the word success as authenticity and “staying true to who you are as a person and to my family.” “Raising my girls the best way I can and being the best dad that I can be is a success,” he said. “Also, staying consistent in my life in who I am.”

To learn more about Chris Tomlin and his music, check out his official website and his Facebook page. 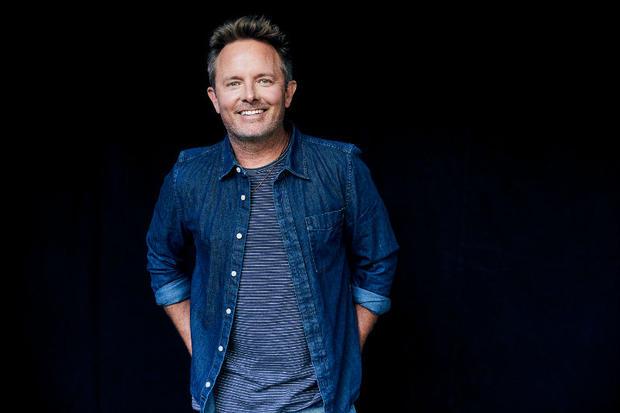