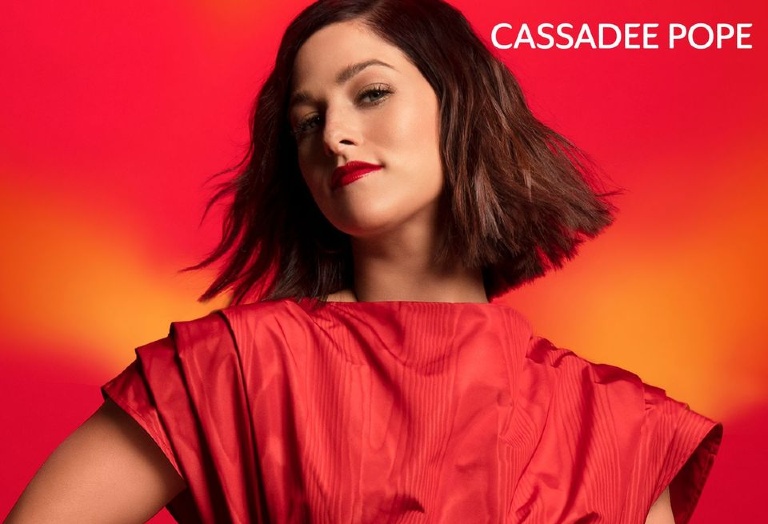 Singer-songwriter and former champ of “The Voice” Cassadee Pope chatted with Digital Journal’s Markos Papadatos about her latest single “What The Stars See,” where she collaborates with Karen Fairchild of Little Big Town and Lindsay Ell.

On her new single, she said, “That was my first Zoom writing session actually. I was really nervous about writing on Zoom. It took place in April of last year. The night before, it was a starry night and I looked up and thought that they have a great perspective up there, and they see everything. It clicked for a song idea.”

“I wrote it with Lindsey Rimes and Jake Rose, and I went in the studio with my band in December to cut it. I was really excited that Karen Fairchild and Lindsay Ell agreed to be on it,” she added. “The collaboration aspect makes this song extra special, and it came togetehr great.”

She expressed her love for the song’s music video. “The music video is very Blade Runner-inspired,” she said. “That was the idea of music video director Ed Pryor. I love how that video turned out and the song’s remix.”

Speaking of the remix, she said, “The remix was cool. I wanted people to hear the song in some interesting places. I can imagine that it can be a fun dance song.”

Pope went on to praise producer and remixer Offrami for “doing a great job in making that song come to life.” “It feels like a different song, which allows fans to explore it in a different atmosphere. It was excited about that.”

“I want people to the hear the remix in a more lighthearted way,” she said. “The lyrics talk about something kind of heavy but the remix gives a levity to it and I think it’s cool. Everybody loves a breakup dance club song, and the remix gave it that vibe that I never expected the song to have but I think it’s really fitting. I hope it puts a smile on people’s faces.”

On the title of the current chapter of her life, she responded, “Acceptance.” “Just accepting where I am and not being complacent,” she said. “I am accepting what the universe has in store for me.”

She listed Shania Twain and Weezer as her dream duet choices in music. Pope defined the word success as contentment in life. “As long as I am doing what I love and I am being authentic and I am doing what makes me happy, then I feel like I am successful,” she said. “I feel fortunate to be able to do music for a living and to pay my bills with it.”

“What The Stars See” is available on digital service providers by clicking here.

In this article:cassadee pope, singer-songwriter, the voice, what the stars see