“2015 has been an exceptional year,” he said. “Last time we talked, I was working on the TV show Jessie and was finishing Kim Rocco Shields’ new film Love is All You Need. One of the things I’m most looking forward to in 2016 is the release of this film. Bill Bradley is one of the most interesting characters I’ve ever played. Plus, I’ve become really close with the director Rocco and two of my costars in the film, Emily Osment and Briana Evigan. I get a chance to work with a lot of exceptionally talented and fun people but this cast and crew really set the bar.”

Griffin added, “This summer, I was lucky enough to be a part of the 4th season of Major Crimes on TNT, playing a really funny character, Brad Peterson. Brad isn’t the sharpest tool in the shed. Adam Belanoff and the rest of the writing team gave me really funny material to work with. Plus, Paul McCrane, from the movie Fame and the show ER directed me. I’m a big fan of his and the show so getting to work with those pros was fun for me.”

The actor noted that there are two more projects that he just finished up this fall, but he cannot really talk about them yet.

This Thanksgiving holiday, Griffin is most thankful for his family and friends, as well as for people who cook. “I’m spending Thanksgiving at my friend Emily’s house. She’s cooking everything. I’m bringing wine. No one wants me to cook anything. Since my mom, dad, and sister Jackie live back east, I’m happy to have so many great friends in Los Angeles. I don’t get to see my family as often as I would like to, but we are headed to Maui for Christmas this year. I can’t wait. I’ve never been to Hawaii so I’m looking forward to that,” he said.

His New Year’s Resolutions for 2016 are to “travel more.” “Even if it’s just in California. I find that as I get busier, I need to make more time to check out new places. Work wise— I want to keep pushing it to the next level. Keep taking risks and trusting the outcome. I guess that’s a good thing to aim for in my personal life too,” he said.

Regarding his future plans and ambitions, he said, “I want to keep playing really interesting characters. I’ve been blessed to get to play everything from a purple-haired, pierced, and tattooed love interest on Necessary Roughness, to the world chess champion opposite Cuba Gooding Jr, to the manipulative scheming villain opposite Lea Thompson. Whether it’s guest starring on shows like 90210 or spending three months on a film, the opportunity to transform is what I love most about acting.”

He continued, “Because Love is All You Need is a movie that looks at bullying, I’ve been learning more about how I can help out, and I’ve gotten involved with an organization called BOO2Bullying. My costars, Briana and my buddy Mike C. Manning, introduced me to the organization. The idea that in 2015 kids are being bullied for being ‘different’ is crazy. Be different— that’s what makes you rare. It’s your gold. I’ll also be getting involved in the Presidential election and volunteering. Voting is sexy. It’s my hope that I can encourage as many of my fellow Millennials to stay involved and get out to vote.” 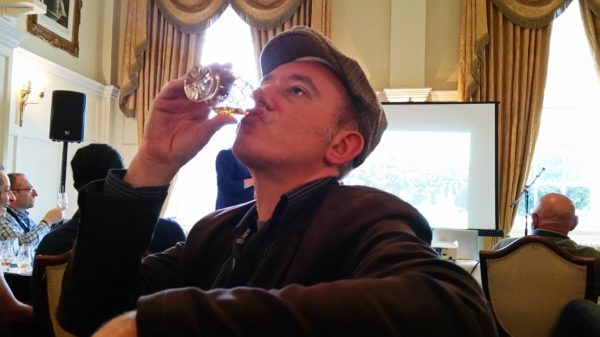 Drinking more than 29 units weekly is associated with between one and two years of age-related changes.