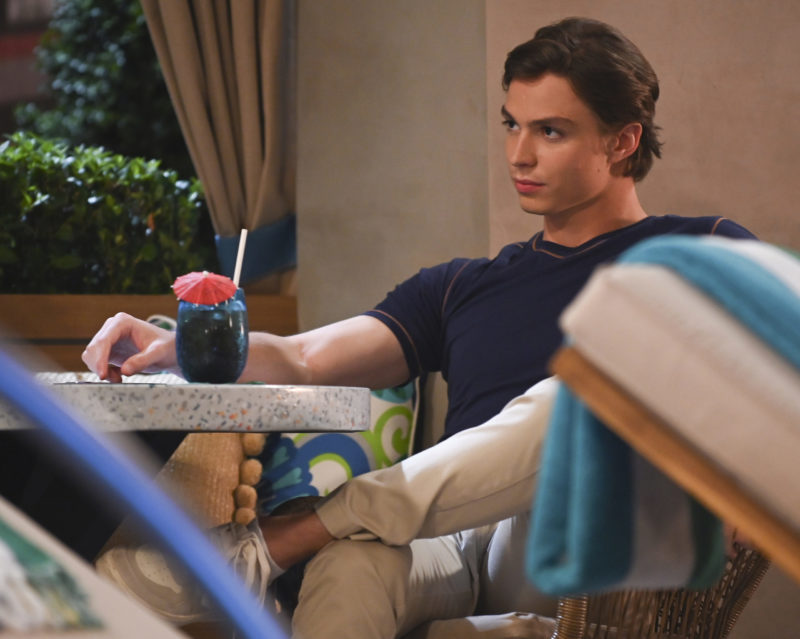 Actor Nicholas Alexander Chavez of “General Hospital” chatted with Digital Journal’s Markos Papadatos about his latest adventures as Spencer on the ABC daytime drama, and he spoke about the upcoming Zoom fan event.

Getting settled as Spencer Cassadine

On getting settled as Spencer Cassadine on “General Hospital,” he said, “It feels good. I feel like I am finally starting to settle into the show. When I showed up on my first day, I was pretty nervous but now I definitely feel more comfortable and settled in. It has really helped me make strong choices.”

He was proud of the scenes that he filmed at Wyndermere on the show. “It was really hard for Spencer to tell his family that he did bad things to them, even though they may have been completely justified,” he said.

“Spencer is really trying to make them see what they did to him like holding a mirror up to them. He was throwing it right back at them, which was cool,” he added.

He praised his luminous acting partners Maura West, Genie Francis, and Marcus Coloma for “killing it” as they always do.

The same holds true for his new girlfriend on the show, Esme Prince, played by Avery Kristen Pohl. “Avery is an amazing actress. She is very talented and we have the same acting coach Holly Gagnier,” he exclaimed. “We have a competitive relationship on the show even though we are dating. She is definitely sneaky in the way that she goes around manipulating people. Spencer really has to be on his toes around her.”

Chavez shared that he enjoyed filming scenes in the Metro Court Pool this summer. “I miss the Metro Court Pool,” he admitted. “It’s a great set. The set design team just absolutely killed it, and we had a lot of fun there. It’s great for the summer and it was really cool.”

On October 24, Chavez is looking forward to being a part of a virtual GH fan event with Sydney Mikayla (who plays Trina), which is produced by Coastal Entertainment. For more information on this Zoom event, click here. “That event is going to be so much fun,” he foreshadowed.

“It will be the first Zoom fan event that I’ve ever done. I think the people are really excited for #Sprina, and Sydney and I are excited about it too. We love having that chemistry on set when we do our scenes together. We are so excited to be able to talk about it,” he said.

Chavez is also loving his new Corvette car. “I love this car. I wash it once or twice a week like a crazy person,” he said with a sweet laugh.