(Part one of a two-part examination of the Canadian comics industry. Stay tuned for part two in mid-September).

Canadian superheroes (and Canadian comics creators) have come a long way since the Golden Age of Canadian comics from 1941 to 1947. Characters like Nelvana and Johnny Canuck faded into obscurity for dozens of years, but a revived interest in Canadian comic-book history and a larger group of Canadian creators have brought them back into the spotlight. Some heroes have been refreshed for the modern era, like Captain Canuck, and some new characters have even appeared.

A small group of Canadian creators are behind some big titles at DC and Marvel. Jeff Lemire wrote Justice League United, a Justice League branch based in northern Ontario; he even created an Aboriginal superhero for the team, Equinox. Fiona Staples is the artist for the smash-hit space-opera Saga. Chip Zdarsky parlayed a cartooning career with the National Post into work on Sex Criminals and a new Howard the Duck series for Marvel. Ryan North found success with Dinosaur Comics and a run on Adventure Time‘s comic storyline before getting to write Marvel’s Unbeatable Squirrel Girl.

But before there was Equinox and Lying Cat, there was the Wartime Exchange Conservation Act.

America’s own Golden Age of comics was born in 1938 with the debut of Superman in Action Comics #1, and it didn’t take long for the newly popular medium to catch on north of the border.

“[Comic books] had only been around for, it’s arguable, only four or five years at that point,” comics historian Rachel Richey told Digital Journal. “So not long, but long enough that it had become a consistent purchase for kids.”

But with the coming of the Second World War, Canadian kids suddenly found themselves unable to read the latest Superman and Batman stories thanks to the War Exchange Conservation Act (WECA) in 1941. Enacted by Prime Minister William Lyon Mackenzie King to preserve the Canadian dollar, it banned importing “non-essential goods” from across the border. This included luxury goods like soaps and perfumes but also non-essential periodicals, a category into which comic books fell.

“All of a sudden there was this market for kids,” Richey explains. “Kids wanted to read these comic and all of a sudden you couldn’t get them in Canada anymore.”

Four publishers swooped into fill the gaping void created by the WECA, including Bell Features in Toronto, Educational Projects in Montreal and Maple Leaf in Vancouver. The creators of the comics were either professional illustrators or artists in their late teens.

For illustrators, Richey says, “It was not a matter of pride. It was a matter of a paying job. No one really bragged about being in comics —they were considered lowbrow.” But the youth element of this Golden Age was hard to ignore — these late-teens creators were too young to go to war and instead stepped up to the plate and give kids the first real Canadian superheroes.

Leo Bachle, creator of Johnny Canuck, saw his first issue come out when he was just 14 years old. Murray Karn, creator of Thunderfist, was 18 when that superhero debuted. 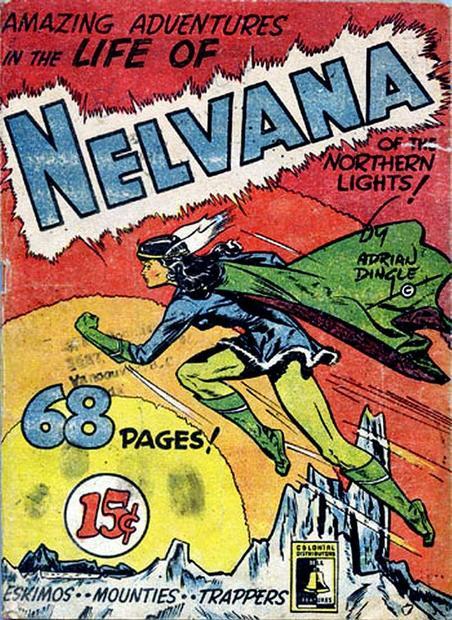 One of the best-known creations of the era came from Adrian Dingle, an illustrator. He created Nelvana of the Northern Lights, the third-ever Canadian superhero who predated even Wonder Woman by three months. Nelvana is a partially Inuit superhero who can turn invisible and travel at the speed of light along the rays of the Aurora Borealis.

“She was sassy, she was just such an interesting character,” Richey says. “She had so much depth, especially for so many of the characters during that time period.”

But just as the WECA created the Golden Age, it also ended it. The act was repealed gradually when the war ended, and the four main publishers quickly folded. Bell Features lasted a little longer with the business of reprinting, but it too eventually faded away.

Canadian superheroes had vanished into the ether — until the 1970s.

The second wave of Canadian comics

With Canada’s centennial in 1967, a new wave of nationalism hit the Canadian populace, and in the 1970s, new Canadian superheroes began to appear. It also didn’t hurt that 1971 saw the release of Michael Hirsh and Patrick Loubert’s The Great Canadian Comic Books, which dug up the almost-forgotten Canadian heroes of the Golden Age. 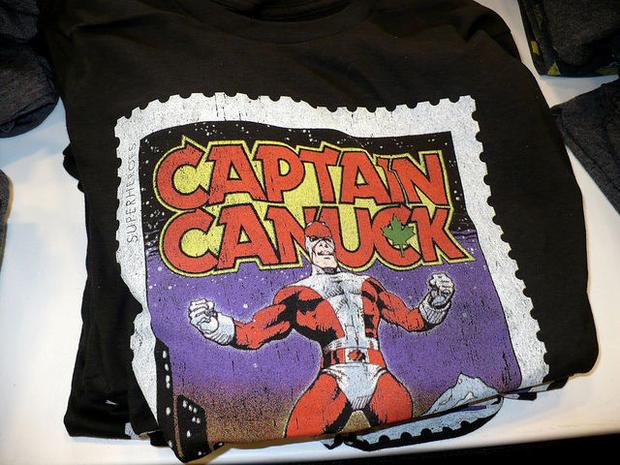 One of the biggest names to come out of this new wave was the super-strong, superfast Captain Canuck, who got his powers from aliens. He was created by Ron Leishman and artist/writer Richard Comely, and in 1979 had the honour of being the first (and only) Canadian-published superhero comic to appear in the United States. Like many other Canadian heroes, has reappeared sporadically throughout the decades, but is now the star of an ongoing comic series written and drawn by Kalman Andrasofsky.

Influential at the same time was Toronto’s Orb Magazine, which collected a number of sci-fi stories with heroes like Northern Light and Electric Warrior.

Perhaps the most interesting “origin story” is that of Captain Newfoundland, created by Geoff Stirling. Stirling is perhaps the last comics creator one would think of; the media mogul owned a number of radio and television stations in Newfoundland and Labrador. Stirling was known for his deep interest in New Age philosophy and eastern mysticism. Captain Newfoundland was just as weird as he was — in comics he is part of an alien race that came to Earth and taught humans how to build pyramids and “become one with the Earth.” Also known as Captain Atlantis, he could shapeshift, speak telepathically and travel through time and space.

There was also a nice tip of the hat to Canada in the Marvel Universe with its 1980s Alpha Flight series, created by John Byrne. It was the first all-Canadian superhero team and included, among others, Snowbird, an Inuit demi-goddess later revealed to be the daughter of the Nelvana.

“I’d say people are excited by (Alpha Flight) but it’s the way people are excited that Robin from How I Met Your Mother is Canadian,” Richey says. Byrne himself would even say later that he didn’t really enjoy writing the series and that the characters were two-dimensional.

Richey says the present has been somewhat of a “renaissance” for Canadian superheroes and comics creators. On the surface, some new and familiar Canadian heroes are appearing. 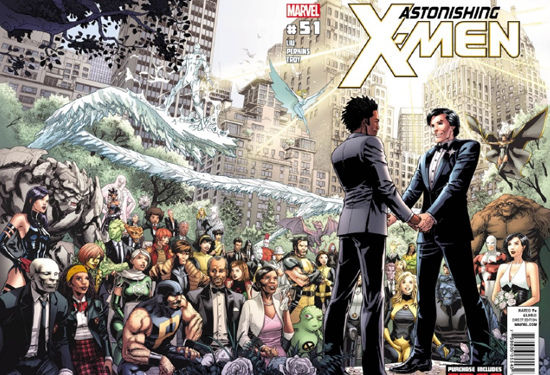 A regular character in the “Astonishing X-Men” comic book, Northstar, ties the knot with his boyfriend Kyle in the June issue of the series
Flickr user Freedom to Marry

In 2012, Northstar, a Canadian member of the X-Men, became the first gay superhero to marry his partner.

The aforementioned Equinox is a Native American superhero from Moose Factory, Ont., who draws her power from the seasons. She is based on a girl Justice League United creator Jeff Lemire met when he spent some time in northern Ontario. In the series, intergalactic hero Adam Strange and his girlfriend, Alanna, are from Toronto.

In The Logan Legacy, a follow-up to Marvel’s highly publicized Death of Wolverine story arc, a Canadian hero called the Chinook makes an appearance. He originally appeared in a 90s Alpha Flight run.

Even heroes from the Golden Age and “second wave” are coming back in their own ways. In 2013, Richey and fellow comics historian Hope Nicholson launched a Kickstarter campaign to republish Nelvana of the Northern Lights for the first time in decades. The campaign met its goal in five days.

“I think a lot of people were able to pick up on it for different reasons,” Richey says. “A lot of people were excited to finally see some of these comics that had been spoken about for so long but inaccessible.” In 2014, demand for the newly published collection convinced an American company to print a second run.

Captain Canuck, meanwhile, was the star of a web series before the new comic arc launched in May.

A non-profit called The Whites Project (named after another term for Golden Age comics, the Canadian Whites) is also doing its part to keep Canadian comic history alive. The group’s goal is to create a comprehensive database on the heroes, their creators and the comics they appeared in. At the time of writing, the group estimates it has indexed about 25 percent of the total Canadian comics published since the Golden Age.

Richey chalks up the revived interest to the dedicated nature of comics fans: “There are people who are really keen to see these things come out. They’re archivists, they’re really into this kind of stuff. They want to see all of Canada’s past comics rejoin the comics world.”

Coming in September: What is the future of Canadian comic books?